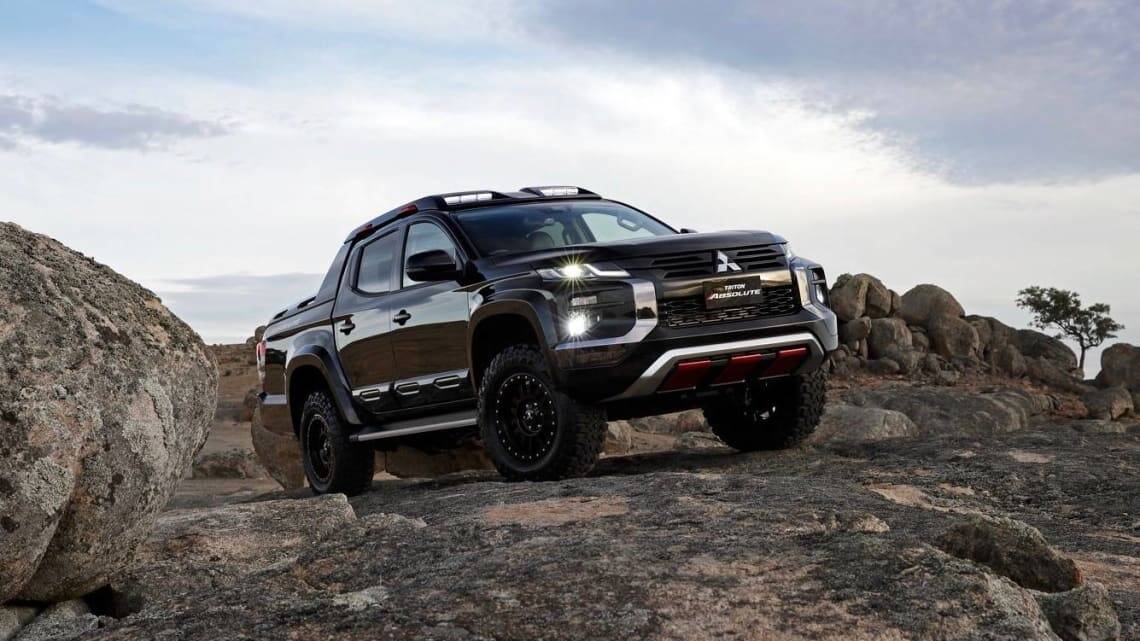 The hardcore Mitsubishi Triton Absolute concept will spawn tougher Tritons as the Japanese brand squares up to vehicles like the Ford Ranger Raptor.

That’s the word from Mitsubishi Australia CEO John Signoriello, who told CarsGuide that Absolute-derived Triton tough trucks would begin arriving in the “short to middle term”.

And in exciting news, absolutely nothing is off the table, with the brand investigating everything from sticker packs to power upgrades for this new wave of tougher Tritons.

“The Absolute was partly there to gauge what the market needs and wants, but it was also put there to see if we could drive derivatives off this product,” Mr Signoriello says.

“And we are doing that, we are creating derivatives from it. And you’ll see something… probably in the short to medium term.”

While Mr Signoriello ruled out replicating the Absolute concept completely, he embraced the possibility of a power boost for at least one derivative, answering whether there was potential for more power with a resounding “absolutely”.

“We’re working on a few things. It could a be dress kit, it could be accessories, it could be a performance pack,” Mr Signoriello says.

While Mr Signoriello wouldn’t rule out an engine increase from the Triton’s current four-cylinder unit to the brand’s V6, CarsGuide would expect that level of engineering work to be reserved for the all-new model, expected to arrive in 2021.

But we can confirm the current-gen Triton is in line for some sort of beefing up between now and then.

“The current generation Triton has been out for 12 months. It’s a great looking ute, and there’s an opportunity to take advantage of it,” Mr Signoriello says.

“The Absolute was based on that platform. What else can we get out of it? We’ll just have to wait and see.”

The Absolute version of the Triton was fitted with flared front and rear arches, dark chrome accenting and badging, a black grille, and a carbon-fibre tailgate. Mitsubishi also beefed up the Absolute’s off-road chops, with upgraded suspension that increased ride height by 50mm for improved ground clearance, more suspension travel, and  front and rear skid plates.