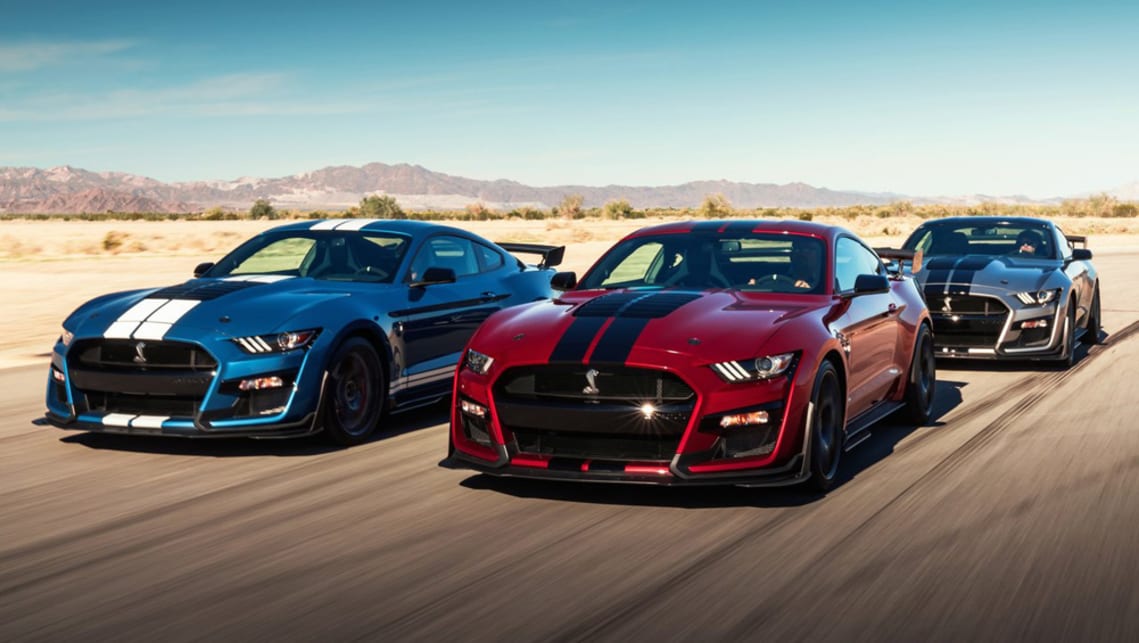 Ford needs help. The Blue Oval, like most brands, is suffering a sales drop in 2019, but there doesn’t seem to be anything truly exciting in the pipeline to arrest that decline.

It’s not a great sign that the biggest selling passenger car for the brand is the Mustang. That’s because the iconic pony car has already started to show the kind of sales decline that affects almost every sports car.

Ford needs a shot in the arm, some fresh metal to make it seem exciting again – just like the Mustang did a few years ago. So, here are our five suggestions to Ford for possible showroom additions.

(Let’s be clear at this point, we know Ford has teams of people who crunch the numbers on what models they should and shouldn’t offer – but that doesn’t stop us from dreaming).

This one seems like a no-brainer. Australians love SUVs and we love the Mustang, add to that an increasing interest in electric cars, and it seems like madness that Ford’s current position is that the Mach-E remains unconfirmed for local market consumption.

While online reports from the Los Angeles motor show have pegged the Mustang Mach-E for right-hand-drive production and launch late next year, Ford Australia is still remaining mum on its local market prospects.

Sure, there are issues and costs associated with making models available in right-hand drive, but unlike the rest of our list, the structure of an EV should make it much easier.

This would be an ideal car to lead Ford Australia into a new era, where electrification becomes more common and an increasing number of people begin to make the switch to battery power.

Performance SUVs are becoming increasingly popular in Australia, but so far, the market is dominated by the prestige brands. The likes of the Audi SQ5 and SQ7, BMW X3 M and X6 M as well as the Mercedes-AMG variants of the GLC and GLE.

That means there is a gap in the market for a mainstream SUV with genuine performance upgrades. Ford has such a model, the Edge ST, the range-topping model of the five-seat SUV sold locally as the Endura.

We’ve driven the Edge ST in the US and can attest it ticks all the boxes. There’s a 250kW/515Nm 2.7-litre twin-turbo V6 petrol engine under the bonnet, as well as a raft of Ford Performance upgrades to the body, chassis and styling.

It may not be a best-seller for the brand Down Under, but it would certainly help attract more attention to the underrated and overlooked Endura range; something the brand desperately needs.

This is arguably the hardest model on our list to justify. That’s because the Explorer would sit alongside the locally-developed Everest in the showroom – both are full-size, seven-seat SUVs.

But I’d argue there is room for both for a variety of reasons. Family-friendly SUVs are in hot demand so the more the merrier, especially one that has a strong name like the Explorer – it has been a staple of the Blue Oval for decades.

And while the Everest is an impressive and comfortable ute-based SUV, you can still tell when you drive it that it shares its DNA fundamentally with the Ranger. The Explorer is more on-road focused from the beginning, which would help to appeal to families.

Plus, there’s the recent addition of the Explorer ST, with a 300kW 3.0-litre twin-turbo V6, which would complement the Edge ST nicely.

The locally-made Mustang R-Spec is a nice consolation prize, but it’s impossible to ignore the fact Australia is missing out on the ultimate high-performance Mustangs. Ever since Caroll Shelby started modifying ‘Stangs in the 1960s, the models with his name on them have been the last word in performance.

The latest Shelby GT500 is nothing short of astonishing. It’s packing a hand-built 5.2-litre supercharged V8 cranking out 559kW of power and 848Nm of torque at 5000rpm. That’s supercar-levels of performance.

It also gets massive Brembo brakes, optional carbon-fibre wheels, bigger tyres and an aerodynamic package that can include the same rear wing as the Mustang GT4 race car.

Even with a six-figure pricetag, there would still be a customer base for this car Down Under –and it would give the company another credibility boost as it tries to build up the Ford Performance brand.

If you ask Ford, there’s not much point bringing the F-150 to Australia because it’s not actually that much more practical than a Ranger in terms of payload and towing capacity. That misses the point now.

We are buying high-end utes in record numbers, largely because the idea of a high-end ute didn’t exist a decade ago. Nowadays, there are several utes starting well above $55,000, with some stretching above $100,000.

Then there’s the upcoming electric F-150, a vehicle that has the potential to completely reshape the ute market. Again, it wouldn’t be the best-seller but it would be a clear signal that Ford is at the cutting-edge of the industry.