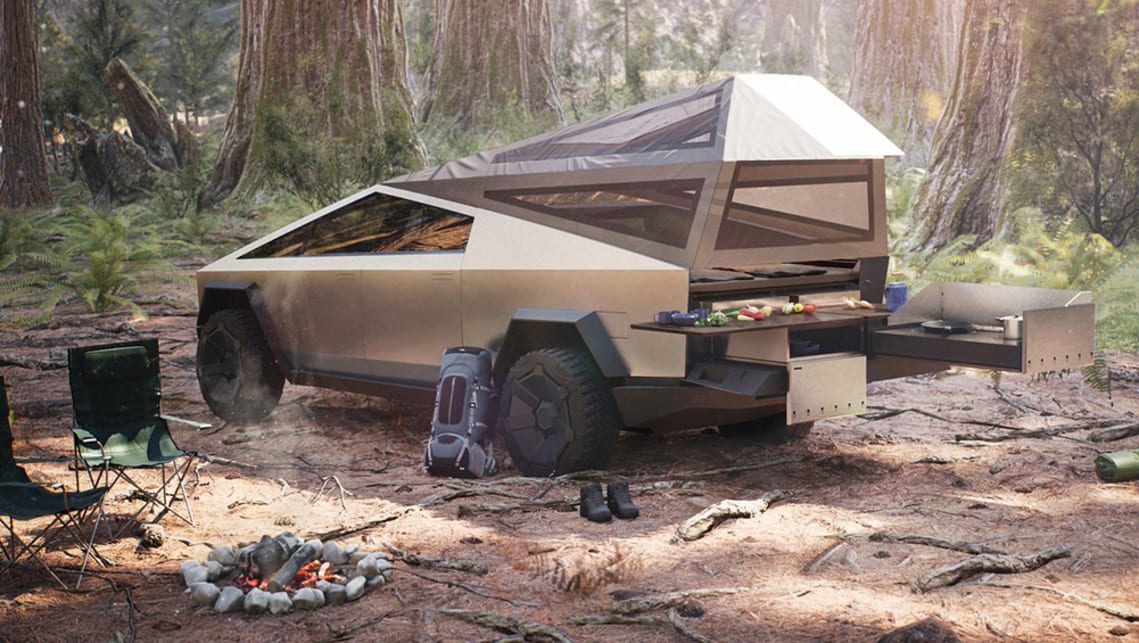 The very thought of an electric ute seemed laughable only a few years ago. Even our politicians used the concept of electrification as a scare tactic for tradies during the last election.

But the fact is electric utes are just around the corner, to fill the needs of both tradies and adventurers alike.

While there are question marks over range, given the kind of long-distance driving some ute owners need to do, the fact remains that battery-powered utes will be able to offer impressive pulling power thanks to the big torque produced by electric motors.

Here are some of the most high-profile electric utes and pick-ups (as the Americans prefer to call them) likely headed our way in the not-too-distant future.

Let’s start with the biggest name in big trucks. Ford and its F-Series range (F-150, F-250, etc) is arguably the most important vehicle the Blue Oval is developing.

Forget the Mustang Mach-E, if Ford gets the electric F-Series right it could change the way people view EVs, while simultaneously making America’s most popular new vehicle petrol-free.

While the company has been vocal in its plans for an F-Series EV, it’s been light on detail so far. The biggest clue to what we can expect is a promo video the Ford released in 2019, it showed a current F-150 fitted with a prototype electric powertrain tow more than 500,000kg worth of cargo train. While that’s well beyond what the production car will do, it does suggest a towing capacity well beyond the typical 3500kg we currently expect. It also suggests Ford is serious about making the electric F-Series a serious workhorse.

While Ford Australia has long-resisted the temptation to sell the F-150 in Australia, citing the similarity in terms of performance and payload to the Ranger, as well as the lack of right-hand drive. Perhaps the addition of an electric version and the increasing popularity of bigger American pick-ups will change their mind.

You may not be familiar with the name Rivian yet but if the American company maintains its current trajectory you soon will be. It hasn’t produced a production vehicle yet, but its R1S electric SUV and R1T ute concepts have impressed so much that Amazon invested US$700m and Ford a further US$500m.

There’s good reason to be excited, the R1T looks like it will appeal to off-road adventurers with its combination of capability and practicality thanks to its clever design. The bodywork includes a unique storage area between the cabin and tray, and the company claims to have developed a ‘tank turn’ function that allows the car to literally turn on the spot.

Chief engineer, Brian Gase, told CarsGuide in 2019: “We have really focused on the off-road capability of these vehicles. We have 14-inches of dynamic ground clearance, we have a structural underbody, we have all-time all-wheel drive so we can go up 45-degree inclines, and we can accelerate from zero to 60mph (96km/h) in 3.0 seconds.

The R1T is due to launch in the USA in 2020 and Mr Gase confirmed an Australian launch was planned after that, which could mean 2021, but is likely 2022 given pent-up demand in the local market.

While the Ford and Rivian are fairly conventional utes, Tesla’s entry into the pick-up market most definitely isn’t. After the success of its stylish and swoopy Model S, Model X and Model 3, Tesla has opted for angles and ultra-high strength stainless steel.

The Cybertruck will be available with three powertrain options – single-motor RWD, dual-motor AWD and tri-motor AWD. The tri-motor will reportedly be able to do the 0-60mph (97km/h) sprint in just 2.9 seconds, despite its boxy lines.

The company also claims the production tri-motor will have a range of 805km on a full charge, with the dual-motor capable of 483km and the single-motor 402km.

Thanks to self-leveling air suspension and its stubby overhangs, Tesla claims the Cybertruck will still be a capable off-roader. And it should be a respectable workhorse too, with the single-motor model having a towing capacity of 3402kg and the tri-motor up to 6350kg.

When the Cybertruck reaches Australia is still unclear, despite unveiling it in November 2019, it isn’t expected to go on sale in the US until late 2021. Given the delays for the right-hand-drive Model 3 (and reports of more than 200,000 pre-orders in the USA) we may not see it down under until 2023 or later.

We haven’t seen anything beyond a generic outline yet, but General Motors is reportedly close to revealing its first electric pick-up. Last week former Holden boss Mark Reuss announced a US$2.2b investment to upgrade its Detroit-Hamtramck factory to build a new generation of electric pick-ups and SUVs.

Speculation is rife that the first model to roll down the line will be a pick-up that will revive the Hummer nameplate. It’s believed it will return as a sub-brand, as part the GMC range rather than a stand-alone brand as it previously was.

But this will only be the beginning with GM announcing it wants a range of battery-powered pick-ups and SUVs.

“Through this investment, GM is taking a big step forward in making our vision of an all-electric future a reality,” Mr Reuss said. “Our electric pickup will be the first of multiple electric truck variants we will build at Detroit-Hamtramck over the next few years.”

There are rumours that the GMC Sierra could get an electric version as early as 2023, which could mean the popular Chevrolet Silverado (archrival to the Ford F-Series and the mechanical twin of the GMC Sierra) could also be in line for the switch.

It might seem like the electric ute is an all-American affair, but that’s not the case. China’s Great Wall unveiled plans for an electric version of its Steed replacing ute at the 2019 Shanghai Motor Show.

While details and timing remain uncertain, Great Wall has confirmed it will bring the electric ute to Australia in a bid to help build its brand with what will be a ground-breaking proposition.

The Chinese brand is also reportedly working on both hybrid and plug-in hybrid versions of the same ute. There’s also speculation a hydrogen fuel-cell version is in the works. While that would have limited appeal in the private market due to the lack of refueling infrastructure, it has significant potential for commercial use.