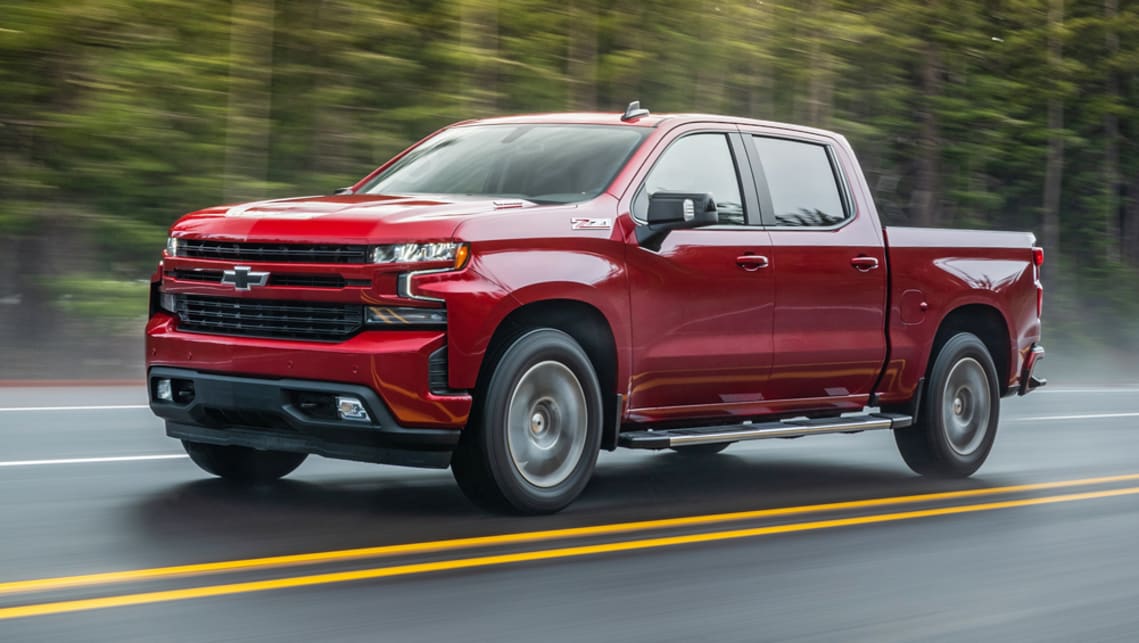 General Motors (GM) still obviously cares about Australia if they are sending the all-new Chevrolet Corvette our way.

While that’s great news for Holden, and should help give the brand an image boost and serious sports car cred, it will join the rest of the range in being imported models from within the GM empire – be it the GMC sourced Acadia or Chevrolet Trax.

However, there are plenty of other GM vehicles we’d like to see in a Holden showroom that could draw attention to the once-leading automotive brand.

We’ll point out that we haven’t run the numbers on any of these pics, so it’s hard to say if any are even possible from an engineering or business case point-of-view, but these models could strengthen the Holden brand.

It’s understood HSV has looked at the possibility of importing and converting the US-spec Colorado ZR2.

The most obvious candidate is the range-topping US-spec Colorado. The ZR2 would give Holden an answer to Ford’s successful Ranger Raptor.

Powered by a 3.5-litre V6 petrol engine and fitted with special shock absorbers built by Multimatic (the same Canadian engineering specialists that helped develop the Ford GT), the ZR2 is a serious off-road performance ute.

It’s understood HSV has looked at the possibility of importing and converting the US-spec Colorado ZR2, but it couldn’t get the numbers to stack up. It’s believed the next-generation Colorado will be a global offering (currently Holden’s Colorado is a Thai-built version), so there’s hope it may come one day.

HSV already converts the Silverado 2500 and 3500 pick-ups to right-hand drive.

Unlike the ZR2, HSV has already managed to build a case for converting the bigger Silverado 2500 and 3500 pick-ups to right-hand drive. It does so in the same Melbourne facility where Ram Australia churns out the increasingly popular 1500.

It would make sense then, for Holden and HSV to take a look at offering the smaller Silverado 1500 (which is still bigger than the Colorado) to cash in on the growing market for American-style pick-ups as an alternative to dual-cab utes.

The Suburban would tackle the Toyota LandCruiser for size and space.

Those with long memories will recall Holden previously offered the Suburban in the 1990s. It was arguably the right car at the wrong time. Back in the ‘90s it was considered too big for Aussie families, and instead was bought primarily by television companies as mobile broadcasting vehicles.

Fast forward to 2019 and it seems Australians are in love with seven-seat SUVs, and something like the Suburban (or it’s slightly shorter Tahoe sibling) would be an ideal fit.

It would tackle the Toyota LandCruiser for size and space, and put other seven-seater SUVs to shame with its bigger third-row seating.

As it’s built on largely the same underpinnings as Silverado 1500 perhaps Holden and HSV could work together to make the numbers stack up.

The sleek-looking SUV could neatly fill a product hole for Holden.

It’s not just big SUVs Australians love and Holden needs. The all-new Chevy Trailblazer (not to be confused with the Thai-built, Colorado-based Trailblazer currently on offer here) is a new small SUV that slots between the aging Trax and mid-size Equinox.

Boasting the latest Chevy styling and new turbocharged three-cylinder engines, the Trailblazer (it would need a new name) would give Holden a rival to the likes of the new Mazda CX-30 and Kia Seltos.

The Blazer is available in the US in both a luxury-biased version or the Camaro-inspired RS form.

It appears modern car companies can’t get enough SUVs these days. So, the addition of the overtly sporty Blazer would be another possible boost for Holden.

Squeezed between the Equinox and Acadia, the Blazer is available in the US in both a luxury-biased version or the Camaro-inspired RS form.

The success of performance crossovers in the luxury market (think Audi SQ5, BMW X4 and even Porsche Macan) suggest there are buyers out there would really go value the Sports in SUV.

Currently none of the mainstream brands offer something suitable (Ford’s Escape ST Line is just a cosmetic upgrade), Holden could lead the way with the 230kW V6-powered Blazer RS.

The king of Corvettes is reportedly getting a twin-turbocharged V8 with an all-wheel-drive hybrid boost.

While the standard Corvette C8 Stingray is a lock for Holden showrooms, no-one at Holden or GM has made any commitment to the expected Z06 and ZR1 versions.

Hopefully it’s just be a matter of timing before both are confirmed, because the rumours about the hero ZR1 this week were mind-blowing.The king of Corvettes is reportedly getting a twin-turbocharged V8 with an all-wheel-drive hybrid boost.

That’s the kind of power and performance that would worry some hypercars… imagine picking that up from your local Holden dealer.

The Bolt hasn’t been the hit Chevy expected in America.

Chevrolet’s Bolt electric small car (similar in size to the Barina) was the follow-up to the plug-in hybrid Volt, which was actually sold in Australia wearing the Holden badge.

Like the Suburban, the Volt was arguably the right car at the wrong time (although it didn’t help it cost $60k), offering cutting-edge technology in a small car package.

The Bolt hasn’t been the hit Chevy expected in America, but given the expanding electric vehicle market, it wouldn’t hurt Holden to get back in the game.

Small in size and using GM’s latest battery technology, it boasts a 400km-plus range which is highly competitive in current EV landscape.

This is more a new brand, than a specific model, but the timing for the iconic American luxury division appears better than ever.

As Infiniti has proven, it’s no easy task trying to crack the Australian market, although Cadillac does have a bit more heritage than the Nissan-owned brand had to lean on.

For the past five years, the folks at GM or Cadillac have played down the prospect of it expanding to Australia, explaining that the sedan-heavy line-up wasn’t right given the exploding popularity of SUVs.

Only now there are several Caddy SUVs – the XT4, XT5, XT6 and the tarted-up Suburban known as the Escalade.

Add to that the Statesman-like CT6 and CT6-V sports sedan that would appeal to Holden’s loyal Commodore buyers, and you have the makings of a productive spin-off for Holden.