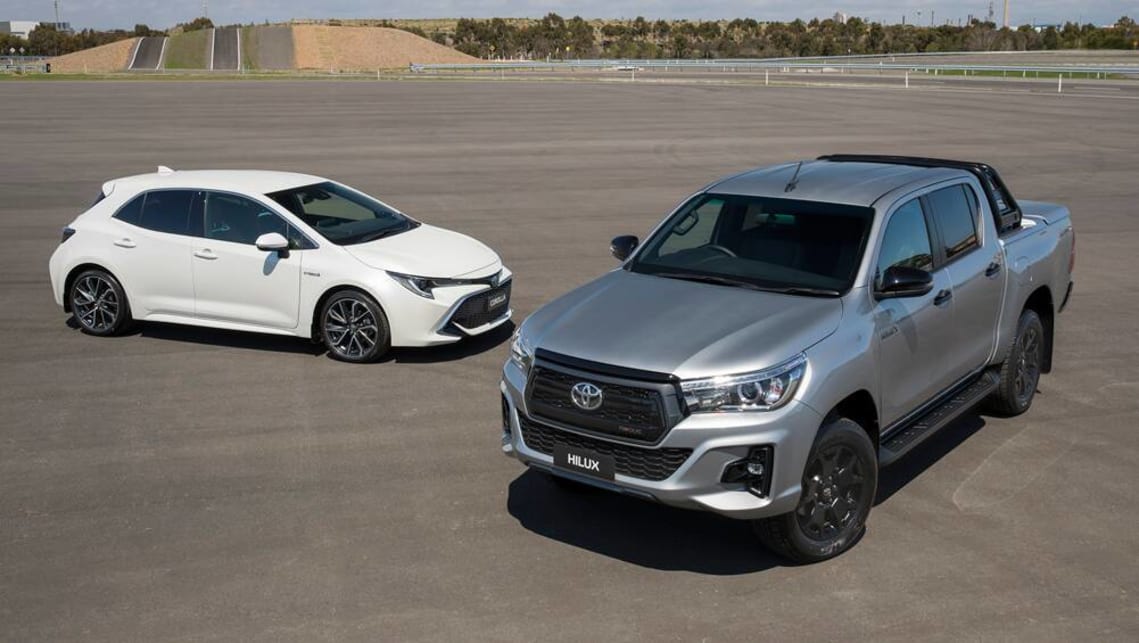 Every year, a deluge of automotive news stories is released that CarsGuide covers with integrity and fervour.

As with every publication, there are articles which resonant well and others that perform less than expected.

Looking back in 2019, these are the top 10 most popular stories published on CarsGuide.

Mazda Australia’s sales hit a snag in August this year, dropping a significant 32.1 per cent compared to the same month last year. The brand’s bottom line has since bounced back, but the Japanese marque – like many others – is struggling to break new ground in a dwindling market.

Sized so right for everyday Australians, the new RAV4 brings so much more to be excited about than ever.

Toyota hit a speed bump in its hybrid model rollout in the middle of 2019 as a stop sale was issued on its Camry, Corolla, RAV4 and Prius models due to a potential braking fault.

A new HiLux is Very Big News in Australia

Toyota was proactive in offering advanced safety systems in its HiLux ute, adding autonomous emergency braking (AEB) as standard across its light-commercial line-up in mid-2019 to match its Ford Ranger rival.

Nissan’s official Ford Ranger Raptor rival might be the Navara N-Trek Warrior, but at this year’s SEMA show in November, it showed off a tantalising V8-powered desert basher to put most pick-ups to shame.

It’s no secret that Mazda has been working on resurrecting its famed rotary engine, but the brand worries the time may have passed for the Wankel to be slotted into the bonnet of a low-slung sports car.

Scant details were revealed about the next Toyota LandCruiser at this year’s Tokyo motor show, but confirmation did come that the new SUV will be offered with an electrified hybrid version, as well as smaller engines.

Hyundai will finally offer up a bone fide rival to the popular Toyota HiLux and Ford Ranger in the next few years, so we spin the top five facts you need to know about the light-commercial vehicle that could take the South Korean brand to the number two sales spot in Australia.

Toyota’s LandCruiser has been a perennial favourite for off-road aficionados and caravan-loving nomads for the better part of a decade, so we collate all we know about the next-generation version due in the coming years.

Tesla’s Cybertruck caused quite a stir when it was first revealed in late November, but the new model really made a splash when it was put up against the Ford F-150 in a tug-of-war tow test.