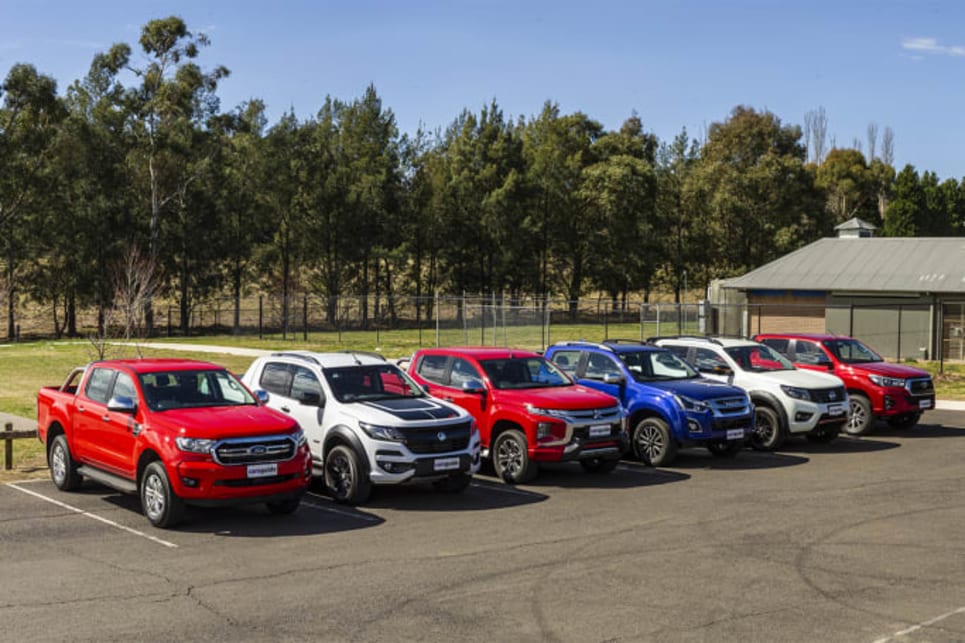 We love what we do here at CarsGuide – being able to bring you reviews of the cars you’re looking for, and helping inform your new car decisions is what we live and breathe.

On average, we published more than one review article per day in 2019 – that’s right, more than 520 reviews were published over the year, and as you might expect, some ranked better than others.

You might be surprised to see that on this top 10 reviews list there’s no Ford Ranger, Toyota HiLux, Toyota Corolla or Hyundai i30. It seems people don’t read reviews of the four top-selling vehicles in the country!

Nevertheless, here are our Top 10 most popular car reviews of 2019.

It may not be an all-new vehicle, but there have been big changes to the 2019 Mitsubishi Triton.

The heavily facelifted Mitsubishi Triton 2019 model arrived in February – and even though it looked like an all-new ute, and had a bunch of all-new tech, it still hasn’t managed to outsell those pesky bigger-name rivals.

This review was from the launch of the new model, and the video has done some big numbers on YouTube, too.

The Mazda CX-5 is one of those cars that gets better the more you spend. (image: James Cleary)

The Mazda CX-5 saw a few minor tweaks for 2019, but this review clearly struck a chord with customers who were looking for some intel on the richly specified Akera turbo petrol top-spec variant.

The Mazda CX-5 is one of those cars that gets better the more you spend. Some models have a sweet spot at the lower end, or in the middle of the range. But you’re getting a pretty plush (and powerful) CX-5 at flagship level.

It seems readers are still intrigued by the Impreza. (image: Tom White)

Nothing changed in 2019 for the Subaru Impreza, but that hasn’t stopped people searching for comprehensive review content on this all-wheel drive hatchback. Maybe people were considering it as an alternative to its rival models the Mazda 3 and Toyota Corolla?

It seems readers are still intrigued by the Impreza, and it remains the only small car in the segment to come with all-wheel drive as standard – something most of the apparently rugged small SUVs don’t even have as an option.

The Pajero Sport’s top-spec has the chops to tow a decent load. (image: Malcolm Flynn)

Everyone seems to interested in SUVs, and this is one particular model that is seemingly capable at doing a bit of everything. The Pajero Sport’s top-spec has plenty of gear, has seven seats for the family, and – as we found in this review – has the chops to tow a decent load, too.

There’s an updated version of the Pajero Sport coming soon, and we reckon it’ll be a top-10 review for 2020, too. And yeah, we’ll put it into a comparison (the Pajero Sport won our seven-seat off-roader comparison early in 2019), and we might tow something with the facelifted model, too.

Reviews don’t always translate to sales. Lots of people want to read about the Kia Stinger, but based on our numbers, only about 4.7 per cent of the people who have read a review have actually bought a Stinger.

Still, people absolutely love to read about the Stinger, and the GT – which is our pick of the range – certainly piques the interest of punters more than any other model.

A more affordable Kia comes in fifth spot for our 2019 review rankings.

A more affordable Kia comes in fifth spot for our 2019 review rankings, with the 2019 Cerato range – based around the launch of the hatchback variant, which arrived months after the sedan – proving an important read for potential customers.

The new-generation Cerato impressed us immensely, and the GT model was a particular highlight. It even took out our sporty hatchback comparison test!

The VTi-E7 does offer seven-seat practicality in one of our favourite mid-size SUVs at a very attractive price. (image: Richard Berry)

The Honda CR-V range saw the addition of a new entry-level seven-seat model in 2019. We think people were actually more interested in the CR-V itself rather than this particular variant, but the VTi-E7 does offer seven-seat practicality in one of our favourite mid-size SUVs at a very attractive price.

Sounds like high praise, right? Well, there’s one critical way this grade of CR-V falls short. Read the review to find out!

The Fortuner has been updated for 2020 with plenty of new tech and safety. (image: Matt Campbell)

This was a surprise result – not just because this review was of the base model car, but because the Toyota Fortuner is one of the brand’s smallest-selling models.

Lots of people just go for a Prado instead of this HiLux-based seven-seat diesel off-roader, and based on this test, it’s easy to see why. But take note – the Fortuner has been updated for 2020 with plenty of new tech and safety. Check out that review here.

Were we surprised to see huge interest in the new-generation Mazda 3? Not at all. (image: Thomas Wielecki)

Were we surprised to see huge interest in the new-generation Mazda 3? Not at all – but we expected some other big name models to sit at number two on the most popular reviews list in 2019.

The Japanese sedan and hatch has that premium appeal, and after my drive of the car in the US early in 2019, the local launch garnered a lot of interest. It’s an impressive car – find out for yourself by reading more here.

We see huge interest in this model on the site, and this review got more eyeballs than any other published between 1 Jan 2019 and 31 Dec 2019. (image credit: Dean McCartney)

And the number one review of the 2019 period is the Toyota Prado. We see huge interest in this model on the site, and this review got more eyeballs than any other published between 1 Jan 2019 and 31 Dec 2019. The video went bonkers, too – check it out on YouTube.

We look forward to seeing if it can retain its spot at the top of the rankings in 2020 – we’re looking to do a review of the MY20 model soon, so stay tuned.