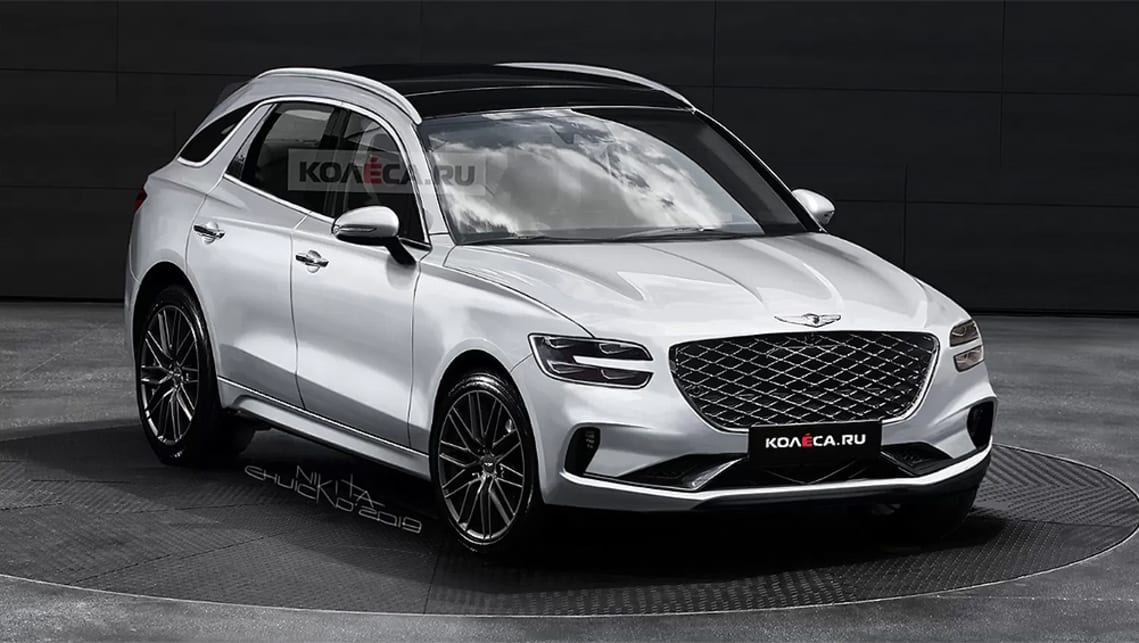 This is what the Genesis mid-size SUV could look like: Mercedes GLC rival rendered

These illustrations may give away the yet-to-be-revealed Genesis GV70 medium SUV ahead of its Australian launch in 2021.

Russian publication Kolesa.ru has used spy photographs to render the new South Korean high rider, which will go to battle with the BMW X3, Mercedes-Benz GLC and Audi Q5 when it hits local showrooms.

A prominent yet familiar front-end includes a large mesh grille and a unique headlight signature, while the side profile is reminiscent of a large wagon.

Notably, the GV70 renderings feature an extra window on each side, giving the vehicle a point of difference in the ever-growing mid-size SUV market.

The Genesis GV70 will arrive in Australia by the end of 2021. (image credit: Kolesa.ru)

Two Genesis SUVs have been confirmed for Australia, starting with the larger GV80 seven-seater next year, followed by the GV70 which is due “by the end of 2021”.

It is believed that the Genesis GV70 will be based on the G70 mid-size sedan, which is currently on sale in Australia from $59,300 plus on-road costs for the base variant, and up to $79,950 for the range topper.

The G70 is available in three models grades, and is offered with either a 2.0-litre turbocharged four-cylinder engine, or a twin-turbo 3.3-litre V6.

All G70 variants utilise an eight-speed automatic transmission and rear-wheel-drive, and have been awarded a five-star safety rating thanks to a strong suite of standard equipment like AEB and seven airbags.

It is likely that the Genesis GV70 medium SUV will hit showrooms with similar spec offerings as its sedan sibling.