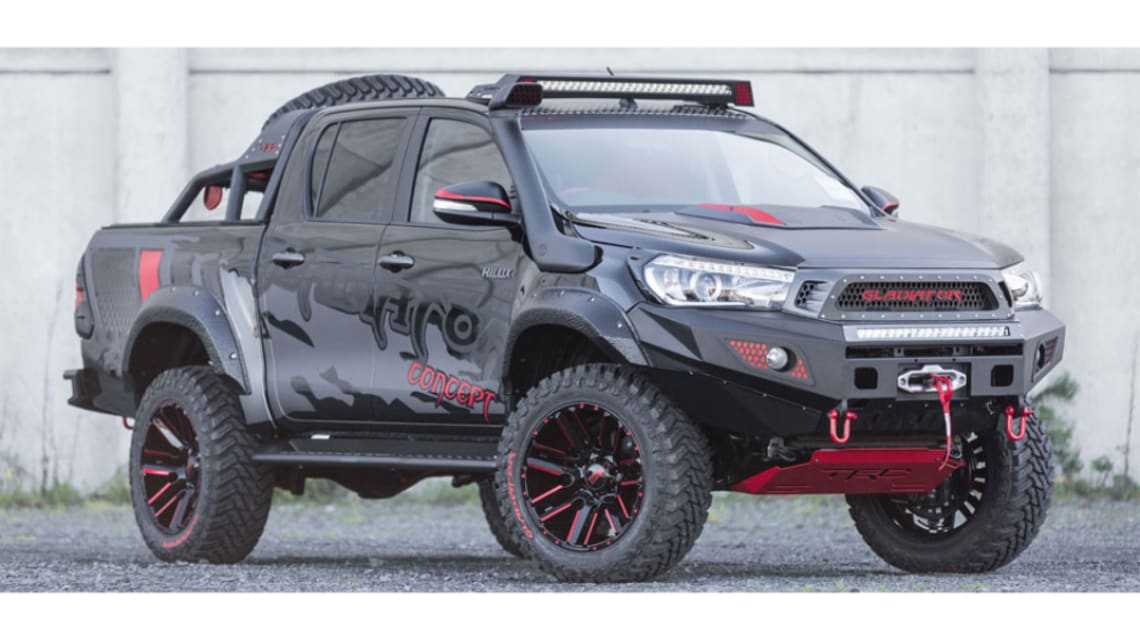 The ultimate tough-truck bargain: Toyota HiLux Gladiator puts the Ranger Raptor to shame – and you won’t believe the price!

If you’re looking for the ultimate tough truck bargain, you might have to look a little further afield than Australia. Because just across the ditch, Toyota has announced what could be the deal of the century.

In New Zealand, Toyota is about to list its one-off HiLux Gladiator on auction site TradeMe – and it’s setting the reserve at just NZ$1.

Yep, the HiLux Gladiator – home to some NZ$65,000 worth of modifications – could be yours for $0.92 cents, based on current conversion, provided you’re the only one who bids.

The Gladiator was built in 2017, when Toyota partnered with Retro Vehicle Enhancements to transform a HiLux SR5 into the ultimate aftermarket beast.

Some NZ$65,000 worth of modifications later, the Gladiator was born, and now it “needs a new owner who would appreciate its capabilities”.

“Already a highly spec’d model, the Hilux SR5 in this case has been uniquely modified beyond recognition into a muscular beast, fit and ready for anything from climbing mountains to towing the boat, trailer or weaker rivals out of the mud,” reads Toyota’s press material.

What you’re buying is a 2017 SR5, of course, but one that’s been fitted with a long list of after-market goodies including front and rear bull-bars and a winch, a snorkel, bolt-on flares, a sports bar, a bespoke Gladiator grille, a TRD skid plate and TRD side-steps.

The cabin hasn’t been ignored either, with a bespoke red red leather interior, custom Gladiator-stamped floor mats and a retractable lid for the tray.

“This Hilux takes the concept of fully loaded to the maximum,” say Toyota New Zealand’s General Manager of Used Vehicles, Steve Prangnell. “We packed so much into this vehicle that the accessories are too long to list.”

The auction starts at 7pm on the 18th November, so get clicking.