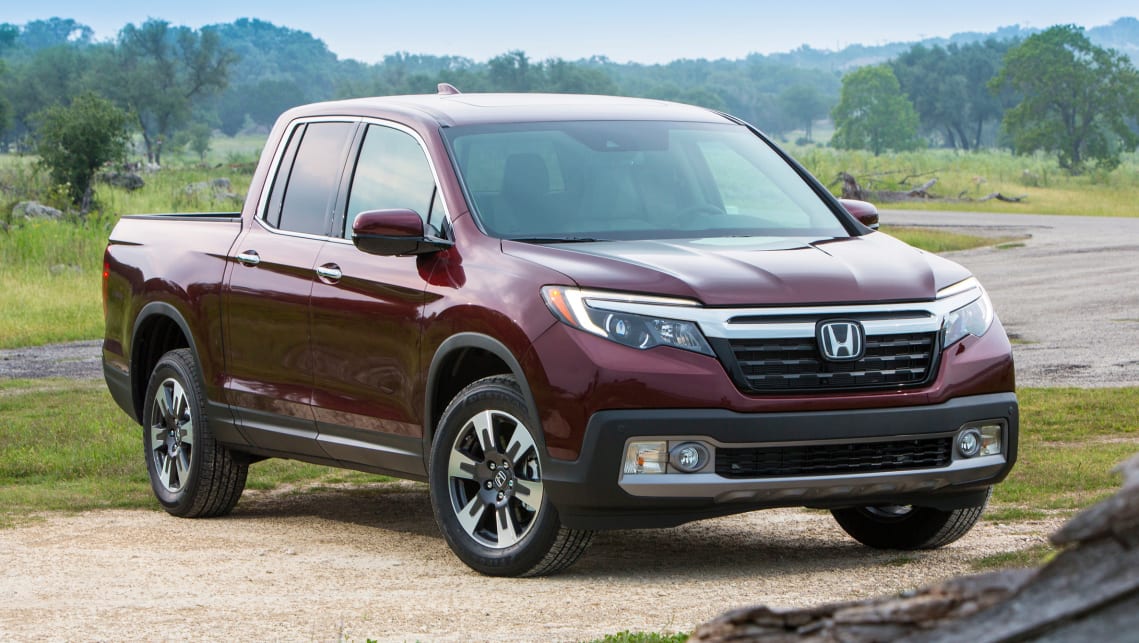 Would you drive a Honda pick-up if it were available in Australia? The brand understands that there’s demand, but a potential ute competitor would need to tick a few boxes first.

The most obvious of which is that the Ridgeline isn’t made in right-hand drive anywhere in the world and is essentially a US-market exclusive. However, Honda Australia’s director, Stephen Collins, understands the dual-cab ute segment is the hottest in Australia and there’s clear demand.

“Our dealers are asking for it, too,” he said. “Certainly, if the right product was available, we’d be putting our hands up.”

First off, it would need “a good strong diesel”, according to Mr Collins. The current 210kW/355Nm 3.5-litre naturally aspirated petrol engine offered in the US isn’t short on power but would hardly be a hit with Australians who will simply no longer buy a thirsty petrol engine in a segment dominated by four-cylinder diesels.

Honda currently has no diesel drivetrains to choose from in its passenger-car line-up globally.

Honda doesn’t have a diesel engine in its global lineup for the Ridgeline to use.

It would also need a sufficient payload, according to Mr Collins – 1000kg was suggested as being ideal, although many of Australia’s most popular high-spec utes fall short. The current US-spec Ridgeline varies from just 655 – 700kg depending on spec level.

And finally – a big one for Australian consumers – a healthy towing capacity. Locally, the segment is benchmarked for 3000kg, and again, Honda’s Ridgeline falls short at just 2300kg.

Part of the Ridgeline’s capacity limitations is down to its car-like multi-link rear suspension, rather than the heavy-duty leaf springs used by many of Australia’s leading ute offerings.

While its suspension might hamper its capacities, the Ridgeline is full of Honda’s packaging tricks.

While the Ridgeline might size-wise be a better fit for Australia than most popular US trucks like Toyota’s Tundra or Ford’s F150, it’s also a relatively niche product in its home market. Regardless, it recently received a 2020 model year update featuring a new nine-speed torque-converter automatic and the full Honda Sensing safety suite across the range.

Despite Honda’s global development pivot toward either Japan or the US, Mr Collins said it doesn’t necessarily exclude any Honda vehicle from our market, provided the brand could “make the economics work” or where a vehicle was “steeped in Honda DNA” to justify bringing it in, even at low volumes like the new Accord sedan.

Japanese rivals with US truck operations, Toyota and Nissan, are considering RHD versions of their respective Tundra and Titan trucks for our market and have been doing so for quite some time.

Meanwhile, Honda is playing catch-up on hybrid drivetrains – finally renewing its push into the semi-electrified market. It promises every next-generation vehicle to hit Australian shores will have a hybrid variant of some sort.