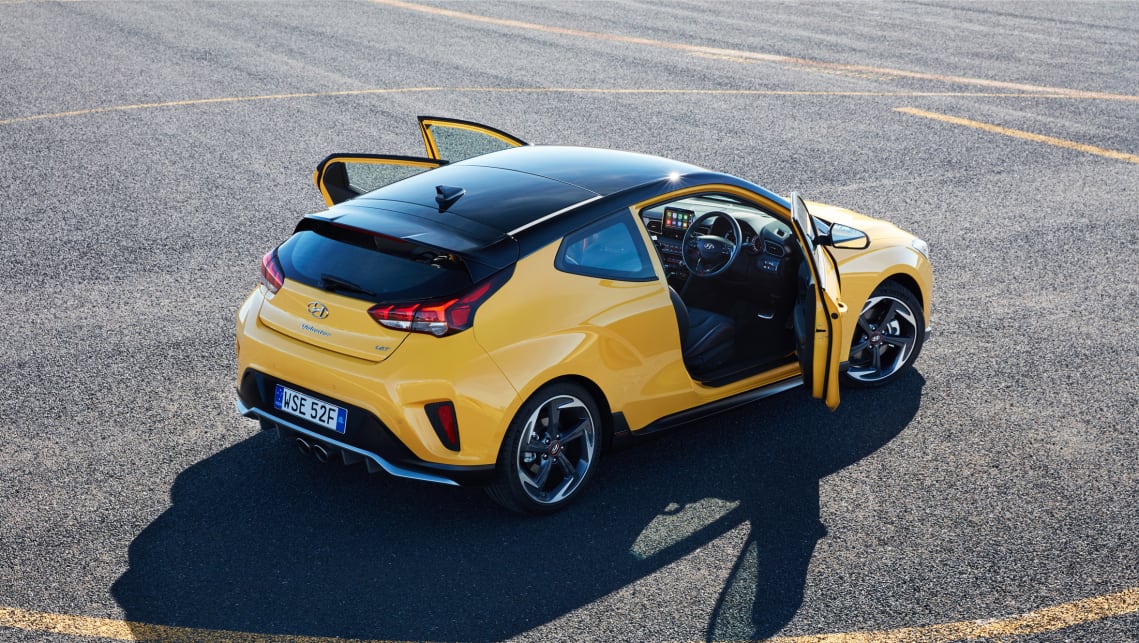 Despite the harsh reality that Australia is a tiny sales blip on most manufacturer’s radars, we have one of the world’s most hotly-contested markets.

There are a lot of factors that prevent certain models from launching here – mainly that it costs a lot of money to develop cars for right-hand-drive production, especially cars that only our unique market would consume.

But even if the numbers add up, manufacturers also have to take into consideration the high spec and safety requirements to even sell a car here, plus the inevitable shipping costs and lag time associated with sending an entire fleet of cars across the globe to our island nation.

So, we should probably consider ourselves lucky that there’s a handful of cars that some of the world’s largest manufacturers have seen fit to engineer in right-hand drive (at great expense) exclusively for the Australian market.

Here are four current models that are Australian RHD exclusives, one that is yet to arrive, and one recent notable example that has now been discontinued. For the purposes of this list we’ve excluded any car that is also on sale in the United Kingdom, South Africa and Thailand, but not cars that are also on sale in New Zealand (as often these are simply a very low volume of Australian variants shipped over the ditch).

The Veloster’s unique body had to be completely switched for the Australian market.

Australia is the only right-hand-drive market in the world to offer the Veloster in any specification, which is surprising because the Veloster has a unique asymmetrical four-door layout that necessitates swapping the entire body, not just the side the steering wheel sits on.

Unfortunately, this also means the brand wouldn’t push so far as to include the go-fast Veloster N in its RHD plans, with the local operation’s representatives telling CarsGuide: “We did push very hard to get right-hand-drive production (of Veloster N), but ultimately it was not possible.”

The Veloster is a special one as it was built with Australia in mind from the very beginning, rather than converted later.

Australia has some major sway at Hyundai.

While this monster SUV hasn’t been confirmed 100 per cent for the Australian market, the brand’s local CEO has gone on record saying that they are 80 per cent certain on a Palisade large SUV launch for 2021.

CarsGuide understands that while the original intention was for the Palisade – like its Kia Telluride cousin – to be a US-market exclusive, those plans have now changed to include right-hand-drive versions with our market in mind. Stay tuned as we inch toward the Palisade’s 2021 launch.

The CX-9 was primarily designed for an American audience.

Originally destined for the American market, the CX-9 seven-seater is not sold in Mazda’s right-hand-drive home market of Japan as its sheer size would make it a tax burden on owners.

Regardless, the CX-9 is built right-hand drive in Japan seemingly exclusively for Australia and New Zealand as it is not sold in other major RHD markets like the UK or South Africa.

In a twist of fate, this means that we also get the CX-9’s slimmer sibling, the CX-8, as it was built right-hand-drive from the beginning to serve as the brand’s flagship seven-seat SUV in Japan.

The Pathfinder comes all the way from a factory in the US to Australian shores.

Again, intended to be a US-market exclusive due to its massive V6 petrol engine and size-growth over the previous generation, the current Pathfinder was seemingly made right-hand-drive exclusively for Australia anyway.

It is not sold in the UK, where Nissan Australia sources many of its models from, and the RHD version is not sold in other major markets like South Africa, Japan, or South East Asia. The Australian-market Pathfinder even travels a long way to get here, as it is sourced from Nissan’s plant in Tennessee.

The Kluger proves there’s sales to be had in Australia if manufacturers can afford to put in the legwork.

The first-generation Toyota Kluger was more widely circulated across Japan and other right-hand-drive markets, however the second-generation that’s currently rolling around our streets is not made in RHD for anyone else. It is also available in New Zealand (where it wears its American-market Highlander badging), but the Kluger large SUV does not make it to the UK, South East Asia, or South Africa.

At the very least though, the numbers may add up for the Kluger, as it has gone on to sell well over 170,000 units in Australia.

Production costs are at least mitigated too, by the platform the Kluger shares with the Lexus RX that is sold in many other right-hand-drive markets, and its Toyota Harrier sibling which is popular in Japan.

The Acadia was too little, too late to save Holden.

A last-ditch attempt by ailing Australian automaker Holden to make a dent in the most popular SUV categories, the Acadia was a re-engineered GMC out of Tennessee solely for our market.

Sadly, we all now know that despite being reasonably competitive, the slow-selling and American-looking Acadia was not enough to change Holden’s fortunes, and ultimately it would become one of the last models launched by the brand before its parent company, General Motors, pulled the pin.