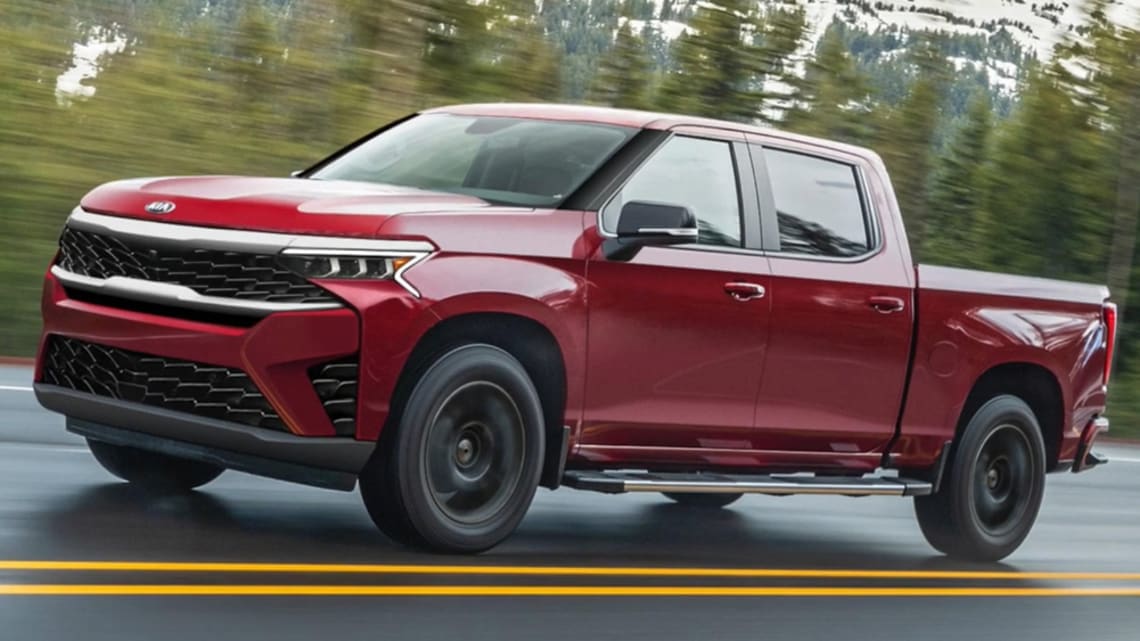 The most powerful ute in Australia? How Kia’s new dual-cab could change the game

Kia’s first proper ute is edging toward to its predicted 2022 launch date, and so we thought it high time we take closer look at just how important the Korean brand’s Toyota HiLux and Ford Ranger rival is, and how it could seriously change the dual-cab ute game in Australia.

From a thumping diesel engine that could be the country’s most powerful to a seriously envious warranty period, Kia’s first proper workhorse could reset the bar when it finally arrives Down Under.

Kia is yet to confirm drivetrain details for its workhorse ute, but the brand’s COO, Damien Meredith, has told us to expect “Dual-cab, single-cab, diesel, petrol – what we’ve requested is the full gamut of a ute family”.

Cast an eye over the Kia and Hyundai portfolio, and there are a few diesel engine options that could work, but with utes once again shifting towards six-cylinder engines (expected to be led by the new Ford Ranger, but more on that in a moment), there is one powerplant in particular that has caught our eye.

And that would be the punchy six-cylinder diesel currently attached to the Genesis GV80 – the new SUV rolled out by Hyundai’s premium arm.

That engine – a 3.0-litre, six-cylinder turbo-diesel – produces a considerable  205kW of power and 588Nm of torque, which would be enough to make Kia’s ute offering the most powerful dual-cab in Australia, if it was to launch tomorrow, with the VW Amarok V6 (200kW/580Nm) and Mercedes-Benz X-Class V6 (190kW/550Nm) both left in its wake.

And it’s more than pie in the sky stuff, too. In unveiling the new engine, Hyundai Motor’s head of research and development, Albert Biermann, flagged its suitability for “commercial” applications.

“With this engine we can have so many applications. As you know, we make commercial vehicles and so on, so this engine will be out there for quite some time. You don’t need to worry about that engine,” he said.

That’s not to say Kia will have the space to itself. Ford is reportedly planning its own six-cylinder engine for the new Ranger – the punchy 3.0L Power Stroke V6 Turbo Diesel currently at work in America’s Ford F-150 which produces 186kW and 596Nm. Meanwhile, Toyota has trademarked the name “GR HiLux” for an expected performance-focused ute, and which is expected to the get its own thumping 3.5-litre V6 diesel (borrowed from the new LandCruiser 300 Series), which should produce more than 200kW and 650Nm.

It’ll be tailor-made for Australia

The Kia ute hasn’t just been designed with Australia in mind, it will also received a bespoke ride and handling tune based on Aussie road conditions – one of the few utes on sale here to undergo such an in-depth localisation process.

That process will begin next year (the brand says it usually starts 12 months ahead of launch) which should see a camouflaged Kia ute thumping across our rural roads. So keep your eyes peeled.

“That’s part of our robust strategy, we get every car that enters Australia to go through that process,” Meredith says. “It normally (begins) eight to 12 months out.”

The importance of this can’t really be understated; Kia (and, separately, Hyundai) runs a seriously effective suspension tuning program for Australia – the Kia Stinger, for example, runs a very different ride and handling setup to cars destined for other markets.

The Kia ute will offer one of the longest warranty periods of any dual-cab ute currently on sale in Australia. Kia’s full seven-year, unlimited-kilometre coverage period, with capped-price servicing offered for the duration, will be the order of the day here, and there’s a chance that period could be longer by the time the ute arrives.

Again, we’ll lean on Damien Meredith here, who has told CarsGuide the brand would look at a possible 10-year warranty period if their rivals in the top 10 join them at seven years.

“If they did (match us), I’ve said this all along, we’d look at what we’d do,” Meredith told us. “In fairness none of the top 10 have put a seven-year, unlimited (kilometre) warranty in place for all their products.”

The Ford Ranger and Toyota HiLux both get a five-year, unlimited-kilometre warranty.

The importance of a dual-cab to Kia’s success in Australia can’t be understated. The brand is already on a tear in Australia – one of the few brands here consistently growing their sales and market share in an otherwise falling market – and a ute is exactly what is required to take them to the next level.

Consider that, in 2019, Kia finished in sixth position on the sales chart with 61,503 units sold. And then consider that the brand has told us its ute will, with luck, deliver them some 10 per cent of Australia’s 210,000 annual ute sales.

“When a light commercial range does arrive in Australia, I’d be confident we’d be looking around that eight to 10 per cent market share in that range,” Kia has told us in the past.

That would put them on 82,000 sales – enough for them to finish in the top five in 2019, or even the top four, essentially leap-frogging Ford and possibly Mitsubishi, and leaving them duking it out with stablemate Hyundai, who finished the year with around 86,000 sales.