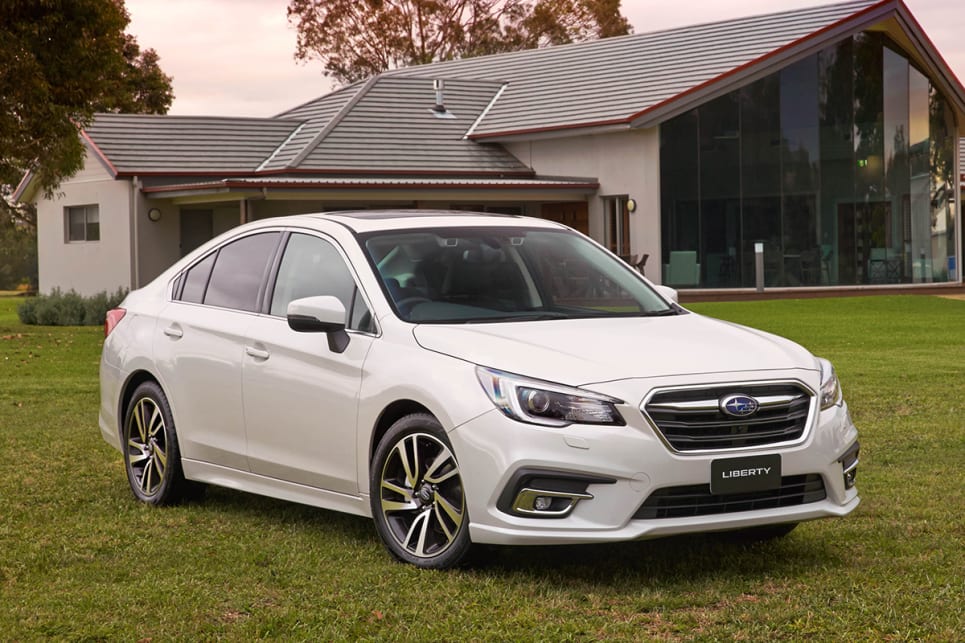 The end of the the family sedan? Subaru Liberty joins Holden Commodore, Ford Falcon and Toyota Aurion in retirement

Once a common sight in Australian driveways, the family sedan is now an endangered species following the recent confirmation that the once-popular Subaru Liberty would join the Holden Commodore and Ford Falcon in the history books.

It’s not hard to see why, even before the coronavirus impacted sales, the decline in mid-size and large mainstream sedans was clear to see.

Year-to-date sales data for August shows just 12,798 mid-size passenger cars under $60,000 have been sold. For context, Toyota has sold almost double that amount of RAV4s – 24,678 so far. The entire mid-size market is down more than 25 per cent on an already declining 2019.

Mazda is currently standing by the 6, which is the third best-selling model behind the Camry and Octavia, but it has only notched 1120 sales this year.

Hyundai is persevering with the market, too, and will introduce a new Sonata later this year. However, the South Korean brand isn’t chasing volume, so it will position the new Sonata as a premium alternative for a selected audience by focusing on high-grade models only, including a sporty N-Line.

But while the future looks very different, with sedans set to become the alternative choice for a minority of buyers avoiding SUVs, here’s a look back at some of the most popular family sedans we used to love.

The Liberty was once the flagship vehicle for the Japanese brand, helping to make Subaru a mainstream brand after its initial success with the hard-working Brumby and before the Impreza WRX became a cult performance hero.

In all, Subaru Australia has sold more than 150,000 Liberty sedans and wagons since it went on sale in 1989.

Unfortunately, its ultimate demise came when its dwindling sales collided with Subaru’s decision to build the latest-generation Liberty in the left-hand-drive US market, making it too expensive to justify its continuation.

There’s already been plenty of words written about the demise of the Commodore, but it can’t ever be forgotten just how ingrained this car was within Australian culture. It was popular across the population, from humble ute to high-performance V8 sedans and wagons, and even the Prime Minister’s Caprice-based limousine. Simply put, there was a Commodore for seemingly every market.

The decision to close local manufacturing was unfortunately a correct one from a financial point of view for General Motors, but there are plenty of question marks over Holden’s decision to rebadge the Opel Insignia with the iconic nameplate.

While a good sedan in its own right, the historical baggage that came with the Commodore name seemed like more of a burden than assistance for the German-built model, and it wasn’t a surprise when Holden opted to abandon it even before a decision about the brand’s future was clear.

Unlike its archrivals, Ford Australia not only decided not to find an imported replacement for the Falcon, but made a conscious decision to acknowledge the family sedan market was too small to continue in.

Even though the Mondeo has remained a part of the Blue Oval’s line-up, its sales are almost inconsequential (just 120 YTD in 2020) as it nears the end of its lifecycle. But the name will likely live on with an all-new model taking the Mondeo into the crossover space. Ford has repeatedly hinted the replacement will be a Subaru Outback-rivalling high-riding wagon.

Meanwhile, the Falcon name will likely never be seen again.

Perhaps the most overlooked Australian-made family car, the Aurion was Toyota Australia’s attempt to better compete with the Commodore and Falcon.

It was, in simple terms, the Camry V6 with unique front and rear styling that was built locally alongside the four-cylinder Camry between 2006 and 2017.

When local manufacturing ended, so did the Aurion experiment, with the Camry V6 returning. However, that coincided with the expansion of the Camry Hybrid offerings, which have helped the Japanese mid-sizer maintain its market lead, albeit at much reduced volume.