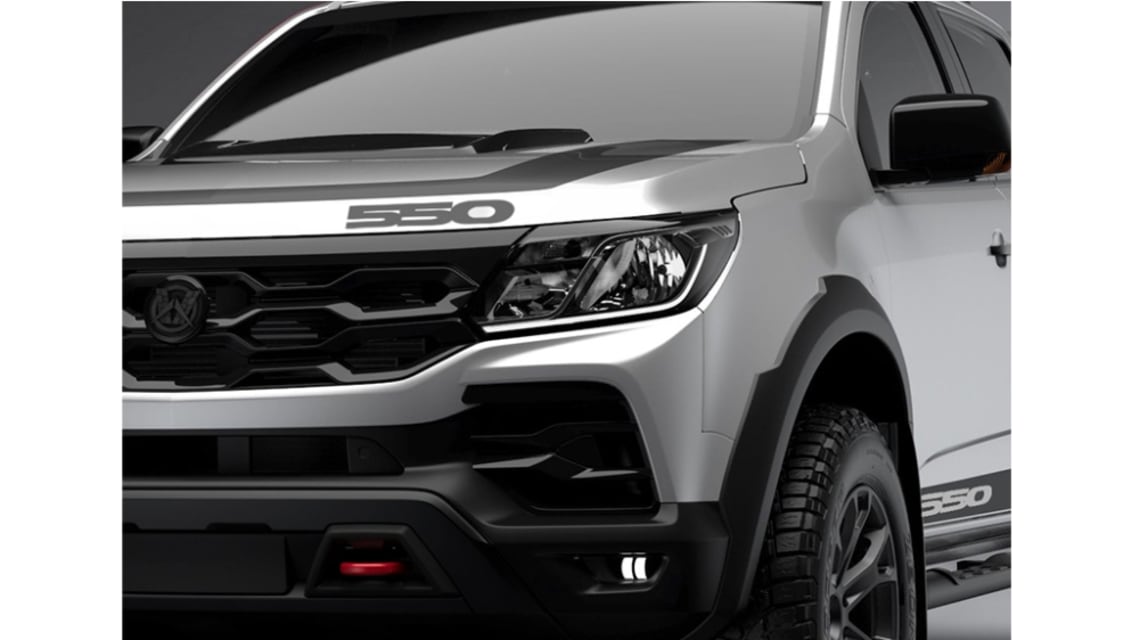 The Colorado that could have saved Holden is here too late: Walkinshaw W550 to be one of Australia’s most powerful diesel dual-cabs

Holden will finally have a diesel dual-cab Colorado that will out punch the Toyota HiLux Rugged X, Ford Ranger Raptor and the Nissan Navara Warrior – it’s just a pity it’s arrived after the brand closed up shop in Australia.

It’s no secret that the Colorado never managed to make the same impact on the sales charts as the Ford Ranger or Toyota HiLux – both of which emerged as two of Australia’s top-selling vehicles – and you can’t help but wonder what might have been had Holden’s ute reached the same level of success.

But while it might be too late to save Holden, it’s not too late to elevate the Colorado to the same level, or above, it’s key competitors. Enter Walkinshaw, with the W550 pack.

As reported on CarsGuide earlier this week, the new performance pack that will seriously up the street cred of the Holden Colorado, and can be applied to all examples of Holden’s ute built between built between 2018 and 2020, and not only ups the performance accessories, but also increases the grunt from the diesel engine, too.

But as we edge closer to the pack’s official launch, we’re now getting a better idea of just how much extra power we can expect.

As you might have guessed, the “550” part points to the torque, in Nm, on offer from the tweaked diesel engine, which would be a 20 per cent increase on the standard Colorado’s 500Nm from its 2.8-litre turbo-diesel engine.

But CarsGuide understands that while 550Nm will be the official figure, the brand is shooting significantly higher than that, which could leave the W550 as the, unofficially at least, among the most torque-rich diesel dual-cabs in the country.

Next on the ladder is the Mercedes-Benz X-Class, with produces 550Nm from it’s 3.0-litre V6 engine, which the Colorado W550 will officially match, and could unofficially exceed.

That leaves only the Volkswagen Amarok TDI580 Ultimate, which produces a mammoth 580Nm from its V6 engine. While the offical numbers will lag those of the VW’s biggest bopper, it is understood the brand is looking to land somewhere in excess of 550Nm. Whether or not it can come close remains to be seen.

Elsewhere, the package is expected to include new 18-inch wheels and tyres, a suspension lift kit, new body styling (flared wheel arches, side steps, decals, front fascia and grille, bonnet scoops), as well as new front recovery hooks. Those looking to really up the off-road capability can then opt for the SupaShock hi-po suspension and AP Racing front brakes.

Walkinshaw is yet to confirm timing or pricing for the new kit, but this is a company that knows its way around performance. So watch this space.