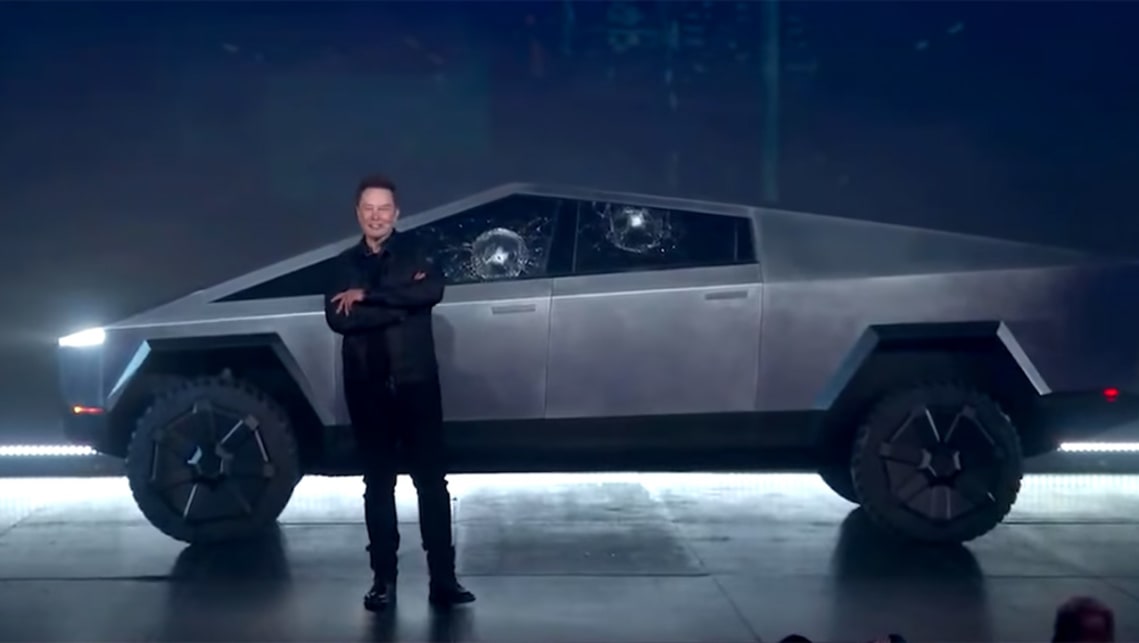 Tesla Cybertruck 2022: Is it already a success?

While some people are still questioning whether its real or just a publicity stunt, nearly 200,000 others have placed an order for Tesla’s new Cybertruck.

Unveiled Friday (Australian time) the sci-fi looking ute has attracted plenty of attention – for good and bad reasons. From it outlandish looks to the failed armour glass test on stage the Cybertruck lives up to Tesla’s promise of doing things differently.

And it seems there are plenty of people who like it that way, with Musk tweeting this morning (Monday) that the Cybertruck has already secured 187,000 pre-orders since its unveiling. There’s obviously no way to know how accurate those numbers are, with Tesla not revealing any official data or proof of the order bank.

It’s also worth noting that those pre-orders only require a US$100 deposit, which is fully refundable. By contrast the Model 3 required a US$1000 deposit, and that much-hyped small sedan attracted more than 450,000 pre-orders; although Tesla hasn’t confirmed how many of those orders turned into vehicles sold.

Musk will be hoping those orders do turn into sales, with the controversial unveiling of the electric pick-up making a dent in its share price, not just the glass. At the close of trading on Friday in the US Tesla’s share price had dropped by six per cent, enough to wipe US$768m off Musk’s personal net worth.

Still, the founder of PayPal still reportedly has US$23b in the bank, so it’s unlikely to phase him too much. Still it will be interesting to watch the Tesla share price when US stock markets open on Monday US time, especially in the wake of Musk’s claims about pre-orders.

While some are still wondering if Tesla will build the Cybertruck as is, Musk took to Twitter to explain why it looks like it belongs in a BladeRunner movie. While some have questioned its radical design and if it will make production in this form, Musk said it the shape was largely down to the company’s decision to use ultra high-strength steel.

Musk wrote: “Reason Cybertruck is so planar is that you can’t stamp ultra-hard 30X steel, because it breaks the stamping press.”

He added in a second tweet: “Even bending it requires a deep score on inside of bend, which is how the prototype was made.”

If nothing else Musk has succeeded in attracting plenty of attention to Tesla with the Cybertruck as it bids to break into the highly-competitive ute market in the US.