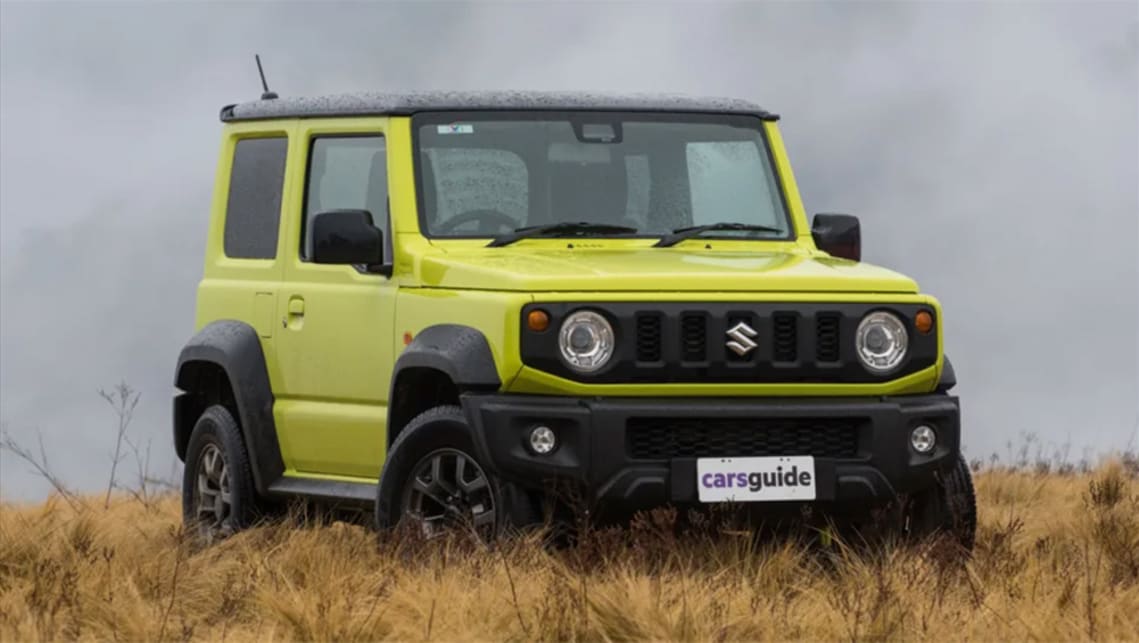 Suzuki Jimny: What’s the story behind the model name?

Jimny is another one of those weird car names that makes you wonder how the heck it was decided upon.

The Japanese seem particularly good at this, and it’s generally thought that a lot of Japanese car names are the result of mispronunciations or clumsy cultural translations at boardroom level.

Certainly, the Mitsubishi Starion is thought by many to be a case of the former, and the Datsun Fairlady and Cedric must surely fall into the latter.

When you dig around, there’s no hard and/or fast answer to the question of how a little (originally a Kei-class vehicle) four-wheel-drive became known as the Jimny.

Even Suzuki itself didn’t seem sure about it, because in many export markets, the Jimny badge didn’t show up for many years.

In Australia, we first saw the LJ50 (Light Jeep) version of the Suzuki micro-off-roader in 1974, complete with its three-cylinder, 550cc engine and spidery (but undeniably tough) construction.

But not until the third generation of the original design, which arrived here in 1998, did Suzuki summon up the courage to expose the Australian car market and the Jimny badge to each other.

The mispronunciation theorists out there hold that Jimny was originally supposed to be `Jimmy’.

But since Jimmy is easier to pronounce than Jimny, there’s doubt over that theory.

The second such conspiracy says that Jimny is a mispronunciation of ‘Gemini’.

Since the Isuzu Gemini didn’t hit the world’s markets until 1974, that’s plausible and despite disparate spellings, `Jimny’ and `Gemini’ are at least phonetically similar.

Yet another theory holds that the word Jimny is a mash-up of `Mini’ and `Jeep’. Maybe…could be.

Which is where the Disney Corporation sticks its head in.

Although the original story of Pinocchio was written in 1883 by Italian author Carlo Collodi, the 1940 Disney animated feature film of the same name was most people’s introduction to the tale.

The theory continues that the Jimny was named after the character in the story, Jiminy Cricket; literally, an insect who serves as Pinocchio’s conscience.

The character represented a small, smart, safe persona; exactly what Suzuki had in mind for its little off-roader.

How do we know it’s the Disney interpretation of the tale Suzuki was riffing off?

Because in the much darker, 1883 original, Pinocchio actually kills Jiminy Cricket.

And that’s bad press for a car, however you look at it.