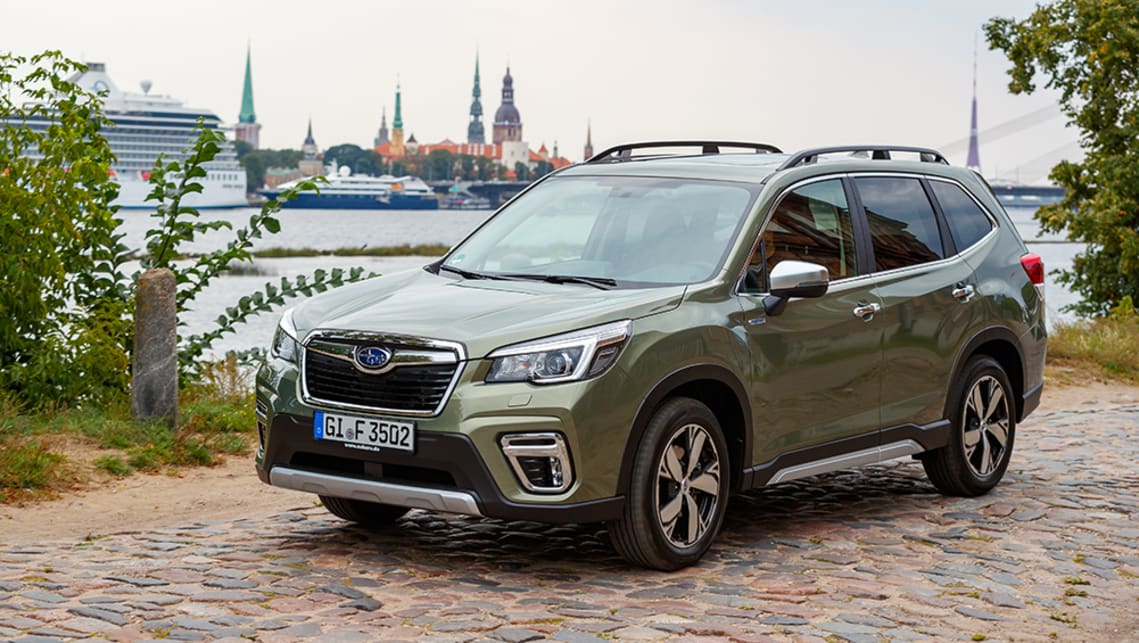 When Subaru’s XV Hybrid and Forester Hybrid launch in Australia in March, they will both combine a 2.0-litre petrol engine with an electric motor to become the most fuel-efficient members of their respective SUV ranges – but that won’t be enough to put them on the same penny-pinching level as their key rivals.

According to the Green Vehicle Guide, the XV Hybrid’s claimed fuel consumption is 6.5 litres per 100 kilometres on the combined-cycle test (ADR 81/02). Comparatively, the 2.0-litre petrol engine-only XV drinks 7.0L/100km.

The Forester Hybrid fares better in this regard, however, with its fuel consumption set at 6.7L/100km, representing a much larger improvement over its 2.5-litre petrol engine-only counterpart, which returns 8.1L/100km.

If you’re thinking going petrol-electric usually yields better fuel-efficiency gains than the above, you’d be right, as Toyota’s similarly self-charging hybrid system has long set the standard in that area, with Subaru trying to match it.

For example, the XV Hybrid will go toe to toe with recently launched (and front-wheel-drive) C-HR Hybrid, which sips a mere 4.3L/100km. The Forester Hybrid will face off with the RAV4 Hybrid that claims 4.8L/100km in comparable all-wheel-drive form.

And when it comes to carbon dioxide emissions, the XV Hybrid pollutes 147 grams per kilometre, down 12g/km over its petrol-only counterpart.

Meanwhile, the Forester Hybrid emits 152g/100km of CO2 – a 25g/km reduction over the petrol-only Forester.