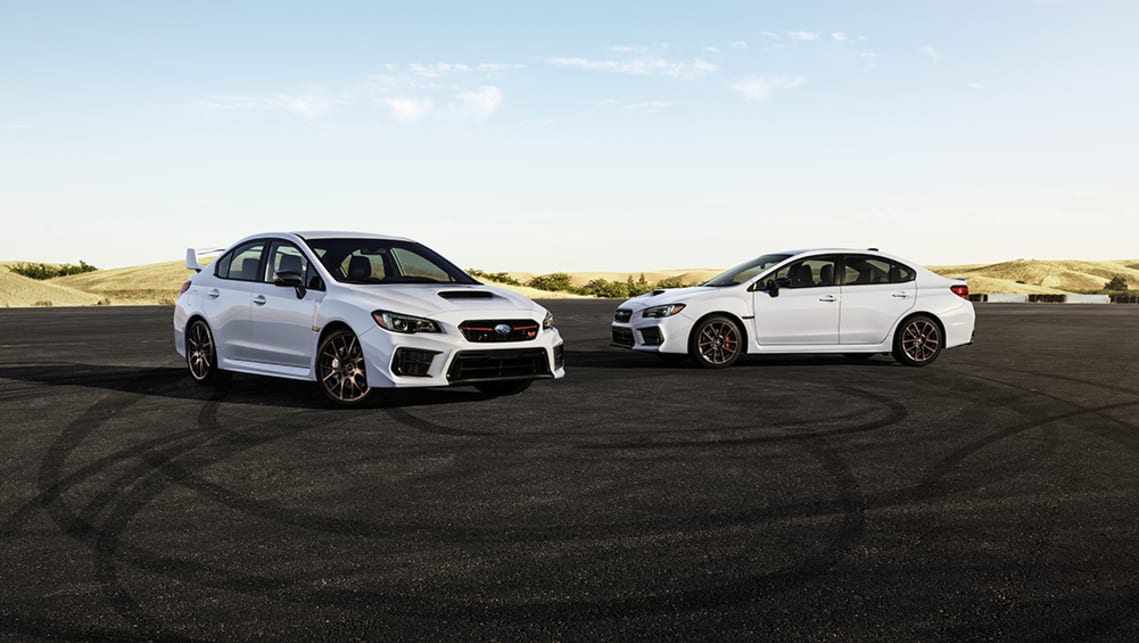 Subaru has improved handling, braking and grip for its WRX and WRX STI with a pair of special-edition variants, although the Series White sports sedans will be available in limited numbers in the United States only.

The Series White upgrades are more than skin deep, though, with a high-performance sports-tuned suspension with Bilstein dampers now featuring.

Brembo brakes are found behind the aforementioned rims, featuring red four-piston and silver six-piston callipers up front for the WRX and WRX STI respectively. Both variants have two-pot stoppers at the rear.

To extract the highest level of performance out of the WRX STI in Series White form, its space-saver spare wheel has been replaced with a tyre repair kit to reduce weight.

The WRX STI Series White does get one other unique outside touch: a Cherry Blossom Red accent for its black mesh grille insert.

No changes have been made to the WRX and WRX STI’s turbo-petrol four-cylinder engines in Series White guises, with the former’s 2.0-litre powertrain still producing 197kW, while the latter’s 2.5-litre unit develops 231kW stateside.

A six-speed manual is the only transmission option for both Series White specials, with it hooked up to the Japanese brand’s signature symmetrical all-wheel-drive system.