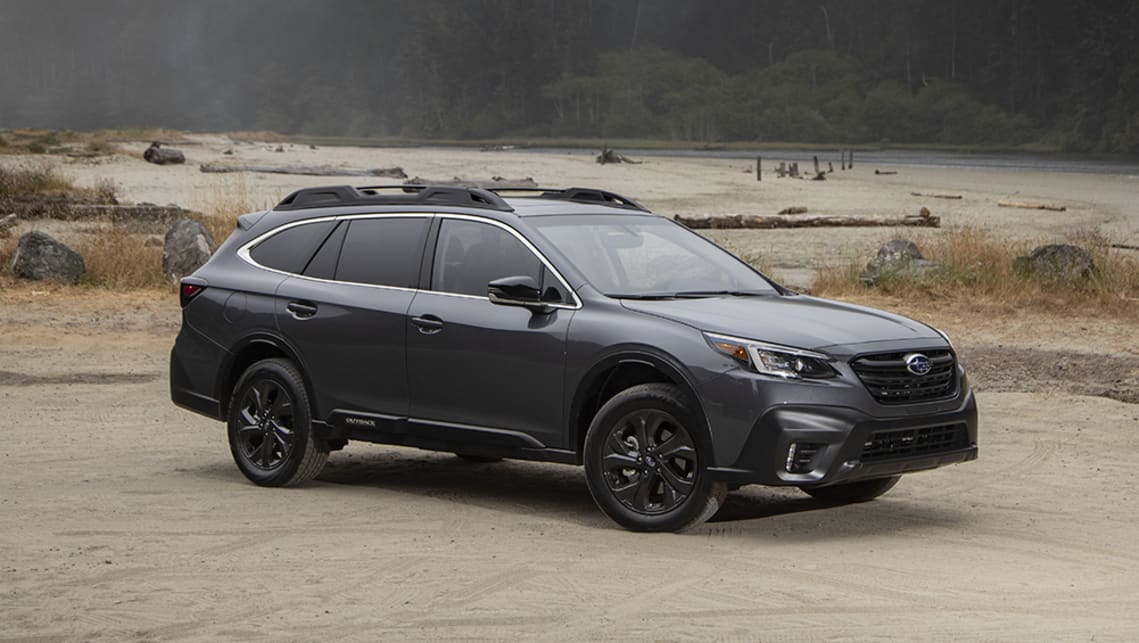 The 2021 Subaru Outback high-riding wagon is still about 12 months from launching in Australia, with the brand’s local arm currently working with Japan to figure out the intricate details of the all-new model.

You may have seen the Subaru Outback 2020 model that has launched in the US – but that’s not the car we’ll be getting.

Instead, according to Subaru Australia general manager of sales Colin Christie, the model we get will be a different car built for different people.

“It’s a different car,” said Mr Christie at the 2019 Tokyo motor show. “The Outback that the US launched is not the model we’ll get. It’s only built in the US for that market. The car we will get will be a different car – built in Japan obviously, but it will be a completely different specification.”

It is likely the model Australia gets will be close in size to the new-generation US version – meaning slightly larger measurements than the current model at 4860mm long, 1855mm wide and 1680mm tall – but even that isn’t 100 per cent confirmed just yet.

“We don’t know the exact dimensions yet – it’s not going to be a radically different car, but there will be quite a few changes to it,” said Mr Christie.

It is expected that the 2021 Outback sold in Australia could miss out on a diesel engine this time around, with the brand likely to instead choose a petrol-electric hybrid (e-Boxer) powertrain, as is due to debut in the Forester and XV models in early 2020 in Australia.

“We haven’t made any decisions on what (engines) the next one will have yet. But I think the reality is there’s certainly a move – and Subaru has made it very clear – to move towards hybridisation and electrification down the track,” said Mr Christie when asked about a new-generation diesel Outback.

The version sold in the US is offered with a 2.4-litre four-cylinder boxer turbo engine producing 194kW of power and 376Nm of torque, or a 2.5-litre four-cylinder non-turbo boxer with 136kW and 239Nm. Both engines use a CVT (continuously variable transmission) automatic and permanent all-wheel drive.

“The current one is still doing very well for us, and it has aged incredibly well – and in terms of technology it’s still a great car,” said Mr Christie, who drives an Outback himself.

But it is clear that the new model will offer a number of advances in addition to more modern powertrains, such as improved active safety technology – including a number of debut items and carryover systems seen in newer models such as the fifth-generation Forester, which launched in Australia in 2019.

“The Forester has some newer technology, some clever things and more that you’ll probably expect to see flow into the Outback.

“It will be a big step forward again for us. It’s an important product for us,” he said.

Mr Christie stated that potential customers will have to wait until early-to-mid next year to find out more detailed information on the car, before it launches in Australia “late next year”.