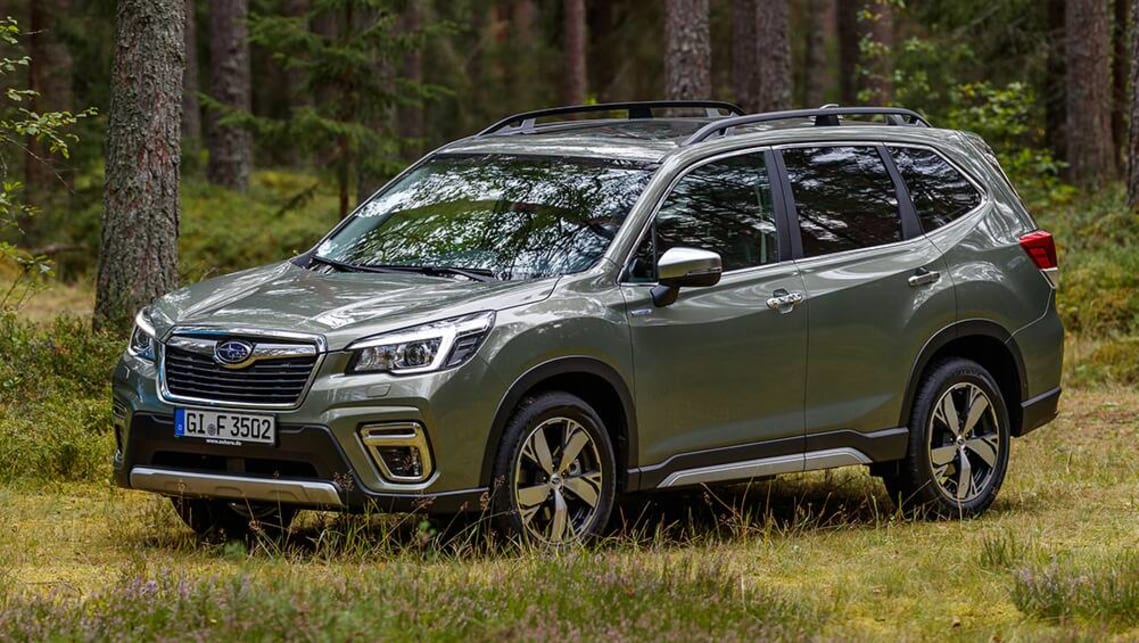 Subaru has laid out its emission-free road map, aiming for 40 per cent of its sales to be in electrified vehicles by the end of the decade and offering the alternative powertrain technology across its entire line-up by 2035.

Though the brand has only confirmed the Forester and XV hybrid variants, priced from $39,990 and $35,580 respectively, it is expected the new-generation Outback – due to be revealed this year – will follow suit with an electrified version.

Similarly, the Impreza, Levorg and Liberty are also likely to emerge with plug-in or hybrid variants in the near future, though the local continuation of the latter model is in doubt given the downturn of the mid-size sedan segment.

As for its sporty models, the WRX and BRZ, both are set for new-generation forms in the near future – the former expected to be powered by a new 1.8-litre engine that debuted with last year’s Levorg concept at the Tokyo motor show, and the latter rumoured to be receiving a 2.4-litre turbo-petrol engine alongside its Toyota 86 twin.

Looking further ahead, by 2050, Subaru wants to have reduced its average well-to-wheel carbon dioxide emissions from new vehicles by 90 per cent compared to 2010 levels.

“Even in this once-in-a-century period of profound transformation, Subaru’s strong commitment and dedication towards car-manufacturing that we have cultivated throughout our history remain unchanged,” he said

“With the aim of making Subaru different from other brands, we will further hone the distinctive qualities that make a Subaru a Subaru, maintaining the unique attributes our customers have come to expect.”