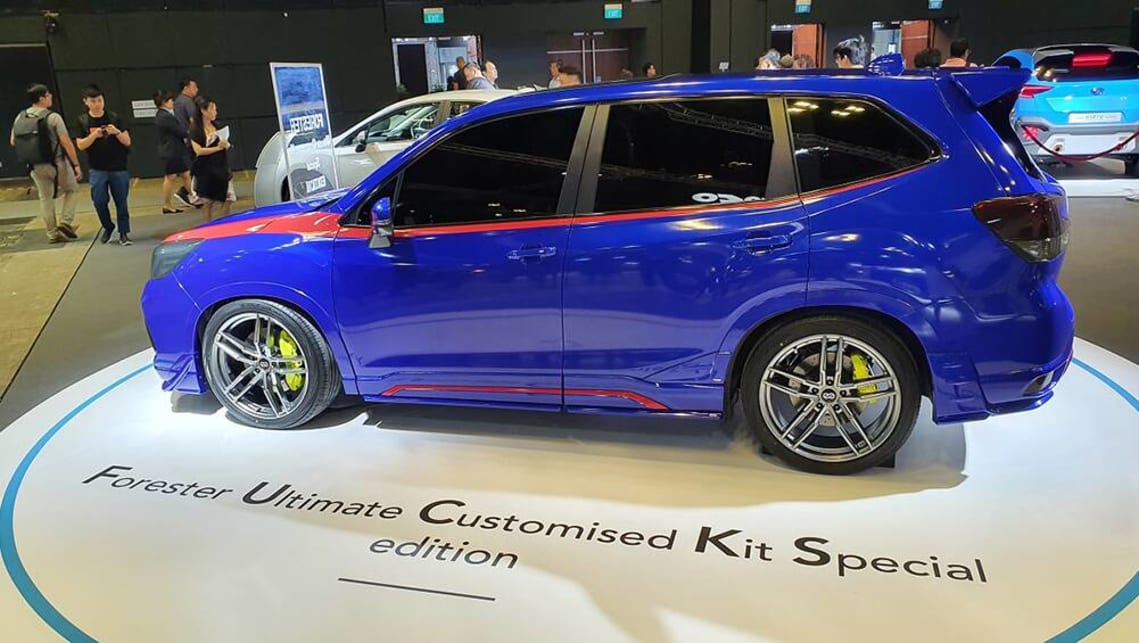 Subaru has shocked attendees at the Singapore motor show with the reveal of a sporty edition of its popular mid-size SUV called Forester Ultimate Customised Kit Special.

Daring acronym aside, the new edition serves up a tasty preview of what a high-performance Forester STI could look like, which come to think of it, is another unfortunate abbreviation.

Green brake callipers sit behind the rims if that’s not enough visual punch for you, while canards are located to their sides.

And let’s not forget the new Forester’s large rear spoiler (sitting atop the standard item) and darkened headlights and tail-lights.

Inside, leather and suede upholstery with red stitching dominates alongside blue footwell lighting, while an ‘STI’ gear selector hammers home the point. Rear passengers also get a pair of multimedia displays to enjoy.

While the latest Forester clearly has sporting intentions, what sits in its engine bay is currently unknown. A hard-hitting turbocharger, perhaps? One can hope.

That said, a better soundtrack than usual is guaranteed, as the new Forester has an upgraded audio system featuring a subwoofer and Focal amplifiers enclosed in a glass case in its boot.