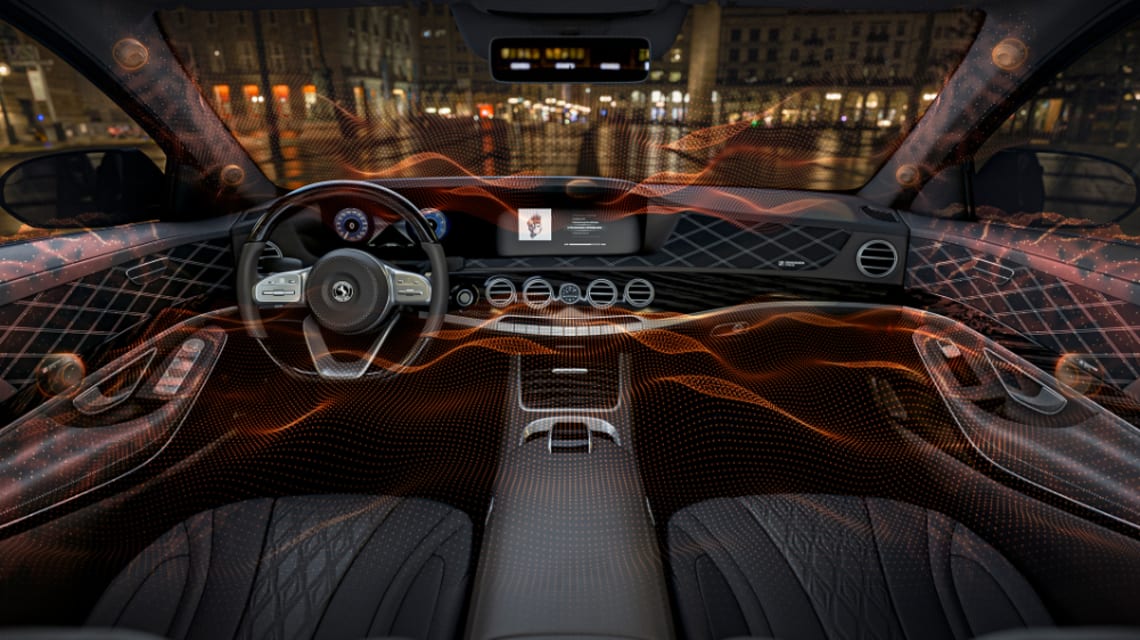 Speakerless speakers are coming to a car near you: New tech turns your vehicle into an instrument

One of the critical elements of the in-car stereo might soon be removed, with Continental and Sennheiser today revealing a speakerless sound system at the CES convention in Las Vegas.

It sounds impossible, but the two brands have jointly developed a new sound system that does away with traditional speakers, and instead “excites select surfaces in the vehicle interior to produce sound”.

That technology belongs to Continental – part of its Ac2ated Sound system – and is being combined with SennSennheiser’s AMBEO Mobility 3D sound technology to deliver what the brands describe as “an incredibly detailed and vivid soundscape”.

The question you might well be asking now is ‘why?’, and that’s understandable. Well, according to the companies, the benefits are two-fold.

First, it massively reduces weight and space requirements when compared to traditional speaker systems (up to 90 per cent), thus making it a perfect solution for electric vehicles, where those extra grams could impact battery range.

Second, both companies suggest the new technology is a dar more sustainable option than mass-producing speakers.

The technology borrows from strong instruments, which use a resonance chamber (the whole in the wood) to amplify the sounds of the strings. In the car version, actuators “excite” specific surfaces in the car’s interior, essentially amplifying the sound in much the same way.

The result, says Continental, is like sitting in a concert hall, with the car’s occupants surrounded by sound, rather than getting in from a specific speakers.

It’s an (admittedly functioning) concept for now, but watch for the technology to creep into electric vehicles in the coming years.