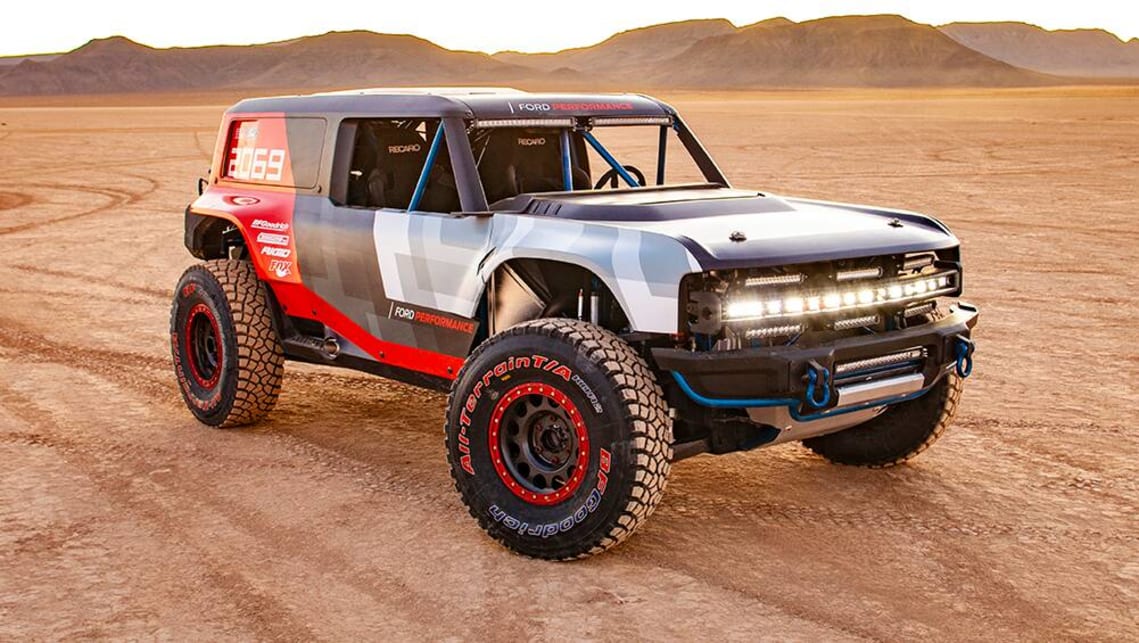 Australia Day is a time for reflection. But instead of our nation’s history and its political impact, we’re going to reflect on cars. Specifically, the cars we’d love to see on Aussie roads as soon as possible.

Obviously, we haven’t run any numbers on a business case, and there are valid reasons why some of these models aren’t built in right-hand drive. But we can dream, can’t we?

Sure, it hasn’t technically even been launched in the US yet, but how could Australian’s not love a T6-based compact off-roader? If it looks anything like the Baja R racer that debuted last November with a three-door layout and stubby proportions, it will be a winner.

It would make a nice addition to the blue oval’s local range, sitting below the Everest and targeted at single and couples who want to live an active lifestyle – and people who don’t like the new Land Rover Defender.

The Chevrolet Colorado ZR2 would be a fearsome addition to Australian showrooms.

The success of the Ford Ranger Raptor should have every car maker with a ute scrambling for a competitor. Fortunately for Holden, one already exists within the General Motors family. As we’ve explained before, the US Colorado is a different vehicle to the Thai-sourced model we get Down Under.

However, the success of both the Raptor and the locally converted Ram 1500 proves there is a market for both high-performance utes and American-style pick-ups. With Aussies buying more expensive utes than ever before, this seems like a sure-fire hit. As popular as lamingtons and a lamb BBQ.

Will Toyota find a way to bring the Tundra to Australia?

How could we not have this on our list? Toyota Australia has made little secret of its interest in adding the Tundra to its local showrooms to sit above the HiLux. After all, it has seen the popularity of the Ram range locally as well as the Chevrolet Silverado, so why not offer their natural rival.

In America, the Toyota has to work hard to keep up with the big three locals, but in Australia, where Toyota reigns supreme, it would be a different story. Surely this is a matter of when, not if, it will make its way to Australia.

The Cadillac CT6-V would make it easier to move on from the HSVs of old.

Enough with American utes and off-roaders – time for some performance. Since the demise of the locall -built HSV and FPV sports sedans there has been a hole in the market that Chrysler (300) and Kia (Stinger) have tried but failed to fill.

The CT6-V would make a nice option for those who appreciate V8 performance but don’t want to squeeze into a two-door Ford Mustang or Chevrolet Camaro. The four-door sedan has space for five in comfort and boasts a 404kW/878Nm twin-turbo V8 which should appeal to those looking to upgrade their now ageing HSVs and FPVs.

The Hyundai Palisade could soon find its way into Australian showrooms.

Moving to something more practical and family friendly, Hyundai has an expanding range of SUVs, from the relatively new, pint-sized Venue through the Kona, Tucson and up to the seven-seat Santa Fe. But the latter isn’t a full-size seven-seater in the same way as a Toyota LandCruiser is.

Which is where the Palisade comes in, stretching Hyundai’s appeal to families who need full-time transport for six or more. With the option of a V6 petrol engine or four-cylinder diesel it has the potential to compete with the Mazda CX-9 and Toyota Kluger.

Hyundai Australia is reportedly pushing for it in right-hand drive, but there’s been no official confirmation yet.

The Ford Puma could end up being the overdue replacement for the EcoSport.

While there are plenty of compact SUVs currently on offer locally, including the Mazda CX-3, Honda HR-V and Hyundai Kona, Australia needs less Ford EcoSport. Credit to the blue oval for being one of the first big brands to offer a pint-sized crossover, but it was never a class-leader and is now past its best-before date.

In contrast, the Puma is the brand’s brand-new offering in this segment, based on the latest-generation Fiesta platform and available with a range of engines including a 1.0-litre three-cylinder turbo.

While Ford Australia has previously dismissed its chances, speculation is increasing that the Puma will make it Down Under by the end of 2020.