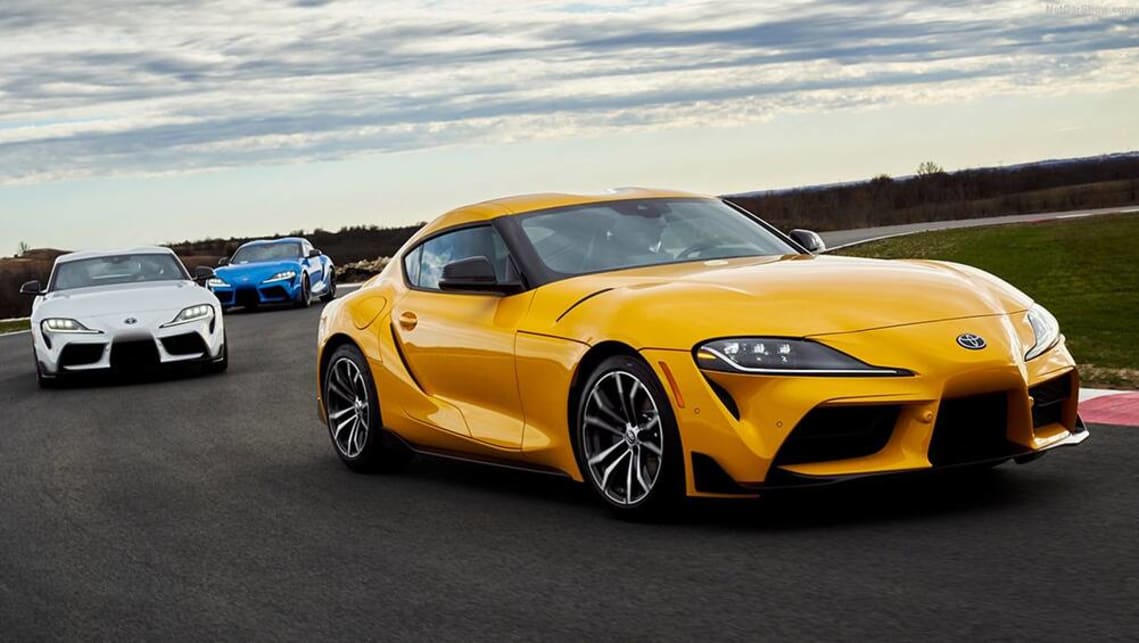 Should the next Toyota sports car be the Celica or MR2?

Toyota is racing full speed ahead to eradicate its image as a builder of boring cars. First came the affordable 86, then the reborn Supra and, later this year, the rally-inspired Yaris GR. So, what’s next

The name widely credited with leading this high-performance revival is the 86 and Supra’s chief engineer Tetsuya Tada, and he has made several public comments that he isn’t done yet. He has said he would like to bring two more iconic nameplates back – the Celica and MR2.

However, even a company as successful as Toyota would struggle to fund the development of two more sports cars (both the 86 and Supra are shared with other brands), so which is the more likely next addition? Let’s have a look at how the chances for both are shaping up.

MR2: Something different, but how?

Mr Tada has repeatedly talked of his dream of having Toyota’s “three brothers” of sports cars, harking back to the company’s glory days in the 1980s and ‘90s when it had the Supra, Celica and MR2.

Reviving the MR2 makes sense on one hand, the mid-engine sports car would create a dramatically different proposition to the front-engine, rear-wheel-drive 86 and Supra. However, the challenge is developing a mid-engine platform for the MR2 to use, while keeping the final price competitive.

Toyota partnered with Subaru for the 86/BRZ project and BMW for the Supra/Z4 in order to keep costs down and pool expertise, so it’s only logical that the Japanese giant would look for another assist. The problem is who? Affordable mid-engine sports cars are a rare commodity with the Porsche 718 Cayman the most obvious, along with the Alpine A110 and the KTM X-Bow.

It seems unlikely Porsche would join forces with Toyota, and any resulting MR2 would likely cost close to or more than the Supra, but who’d have thought Toyota and BMW would be partners; so never say never.

The KTM is too extreme for an MR2, which leaves Alpine as a possibility. The French firm would likely enjoy some financial and technical support from Japan’s biggest car maker.

The problem for MR2 fans is Toyota’s European vice-president Matt Harrison recently told Autocar that the MR2 was “not a priority” anymore. So, the brakes may have been hit for the MR2.

Celica: Could it be the right fit?

While things don’t look good for the MR2, the Celica is reportedly still on the agenda. As recently as September 2019, Mr Tada was speaking openly about the sports car projects, telling CarsGuide: “Not just MR2, but Celica. Many specifications are known, and we are studying, doing every single thing for every car.

“I don’t know whether it will go to production. It’s a small chance, priorities are changing all the time, and it depends on the market demands on which one is strong.”

But how will Toyota build it? The most likely scenario is with a version of the Toyota New Global Architecture (TNGA) which already underpins the Corolla, Prius, Camry and RAV4, but is also reportedly set to be used for the next generation 86 and Subaru BRZ.

Spreading the same platform across more models is the key to cost-savings and as Toyota has shown with the Yaris GR, utilising the same all-wheel-drive system from the RAV4, there’s a lot of flexibility in TNGA.

That could mean a rebirth of the classic Celica GT-Four badge, with an all-wheel-drive coupe priced at approximately $60,000 sitting nicely between the circa-$40k new-gen 86 and the circa-$100k Supra.

Motivation for the Celica could come from the 2.4-litre turbocharged four-cylinder boxer engine apparently being developed by Subaru for the next-gen 86/BRZ as well as the new WRX and STI.

With a turbocharged engine it would be easier for Toyota to offer a lower output version for the 86 (around the 200kW mark) with a more potent version for the Celica (approximately 300kW, similar to the STI).

This may seem like a lot of work for Toyota, but the company is determined to change its image. The  Yaris GR, with its bespoke engine, drivetrain and body demonstrate just how far the Japanese giant is willing to go in order to demonstrate it knows how to have fun.

Whether the MR2 or Celica join the 86 and Supra, Toyota has already confirmed it will have another member of the GR family soon. In a move that would have seemed impossible a decade ago, Toyota will soon launch a Ferrari-rivalling supercar.

As part of the expanding GR range of road cars, and Akio Toyoda’s vision of connecting Toyota motor racing with what it sells in the showroom, the Le Mans-inspired GR Super Sport is due to launch in 2021. And when we say ‘inspired’ we mean it, with the GR Super Sport concept featuring largely the same powertrain as the TS050 Prototype racing car.

It features the same 2.4-litre turbocharged V6 petrol engine and complex hybrid system that generates a massive 735kW of combined power. It will form the basis for the brand’s next Le Mans contender, which is due to begin racing later in 2020.

The road-ready GR Super Sport (or whatever final name it ends up with) is expected in 2021 to coincide with its likely Le Mans victory; against almost no competition as no other major manufacturer has signed up to compete against the Japanese brand.

Beyond these cars, rumours continue that Toyota is considering a Corolla GR hot hatch and even a HiLux GR hi-po ute to take on the Ford Ranger Raptor.