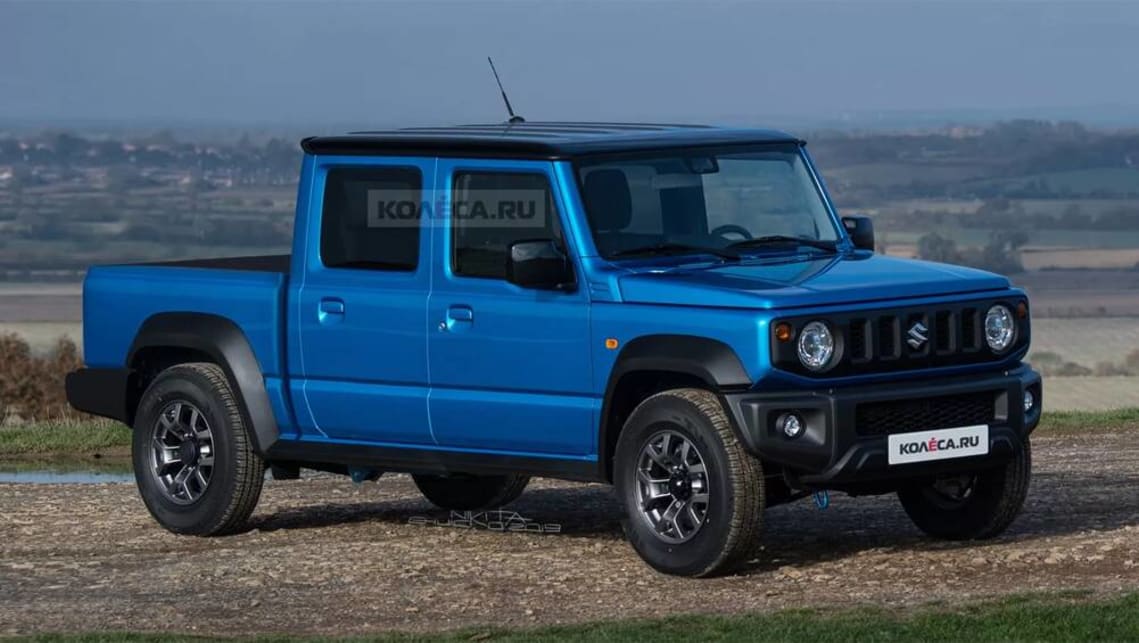 Should Suzuki build a Jimny ute?

The diminutive Suzuki Jimny SUV seems to be a perfect candidate for a ute conversion thanks to its rugged ladder-frame chassis and genuine off-road ability.

Though Suzuki has teased an open-tray version of the Jimny before and could build such a version if interest is high enough, a new rendering from Kolesa.ru puts a different spin on the mooted tiny Japanese ute.

Stretching the Jimny’s length allows for not only a load bed, but also the inclusion of two more doors, turning the small SUV into a mini dual-cab ute.

Don’t expect the theoretical Jimny pick-up to match the Toyota HiLux or Ford Ranger for towing capability or load capacity though, as the Suzuki is powered by 1.5-litre four-cylinder petrol engine delivering just 75kW of power and 130Nm of torque.

The ute would expectedly still be underpinned by Suzuki’s ‘AllGrip Pro’ four-wheel-drive (4WD) system with low-range transfer case to ensure traction when the bitumen ends.

Since launching earlier this year, Suzuki has sold 983 units of the Jimny to the end of August, making it the brand’s third-most popular model behind the Swift (4866) and Vitara (3373).