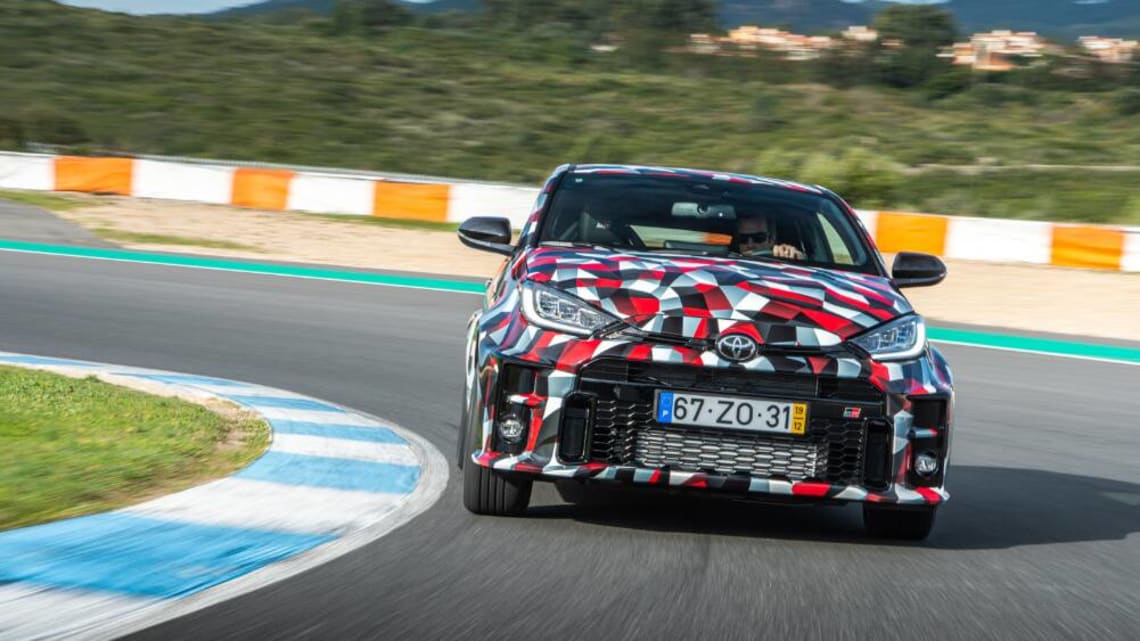 Toyota’s cat is at last out of the GR Yaris-shaped bag, with details at last emerging about the brand’s first all-wheel-drive performance car since the GT-Four Celica 20 years ago.

But we wanted to go beyond the press material, and so we cornered the GR Yaris’ chief engineer, Mr Naohiko Saito, so he could spill the harder-to-find secrets about the brand’s new performance hero.

Spoiler alert; the news is very good. But read on for the seven things you need to know about GR Yaris, according to the vehicle’s chief engineer, ahead of the car’s arrival in Australia in late 2020.

Light on weight, heavy on power

The secret to the GR’s success will be in its feather-light kerb weight and comparatively prodigious power, with much time (and money) spent on both.

And so, thanks to its aluminium doors, boot and bonnet, and its carbon-weave roof, it’s fast.

There won’t be an automatic gearbox

Toyota would like an automatic, and it is on the long-term plan, but don’t hold your breath in the short term.

The fact is, the brand can’t find a suitable solution for the Yaris, and so has resigned itself to being a manual-only offering for the foreseeable.

“No, automatic,” Mr Saito says. “We have to plan, but now it’s not planned. In the world, there is no automatic transmission matching this small body, high-performance car. There’s no production for it. Even DCT is a bigger size, and we can’t install it in this Yaris.”

No launch, no drift, but you can control the power

Expect no tricky drifting functions or launch control in the GR Yaris. Toyota, in its infinite sense of safety, decided that a drift feature might convince customers that launching into some heroic sideways action was easy, and thus they would feel guilty when said customer inevitably ended up halfway up a tree.

“No launch control,” Mr Saito says. “We considered a drift feature, but the four-wheel-drive system is not easy to drift, and we didn’t want to say drifting was easy.

“It’s developed for the fastest lap of the circuit, but also for snow and gravel. Every surface, the customer can drive the fastest.”

While Toyota has dabbled in go-fast Yaris variants in the past (namely the extremely limited-run supercharged version exclusive to Europe), this one is no short-lived special edition.

In fact, Mr Saito tells us Toyota will be pumping out “approximately 25,000 per year”.

The GR Yaris has already set a Nurburgring lap time, of sorts. Toyota used the infamous race circuit to evaluate its test mule, but it says it didn’t record an offical time.

But they will. Watch this space.

“We evaluated the Nurburgring using a mule car, but we didn’t calculate it,” Mr says. “But we will.”

The Subaru WRX STI is its “enemy”

There’s a long list of benchmark vehicles for the GR Yaris, but one stands out among all others.

It’s been a looooong time coming

The Toyota GR Yaris has been a performance dream 20 years in the making.

“We are so excited to do it,” Mr Saito says. “I would like to say that this is a real sports car from Toyota, made by Toyota.

“When started to develop this car, no-one knows the technology for how to make a sports four-wheel drive system. So we went to the Toyota technical library, and we found the articles form 20 years ago.

“So this is a historic car. We started from zero to do it.”