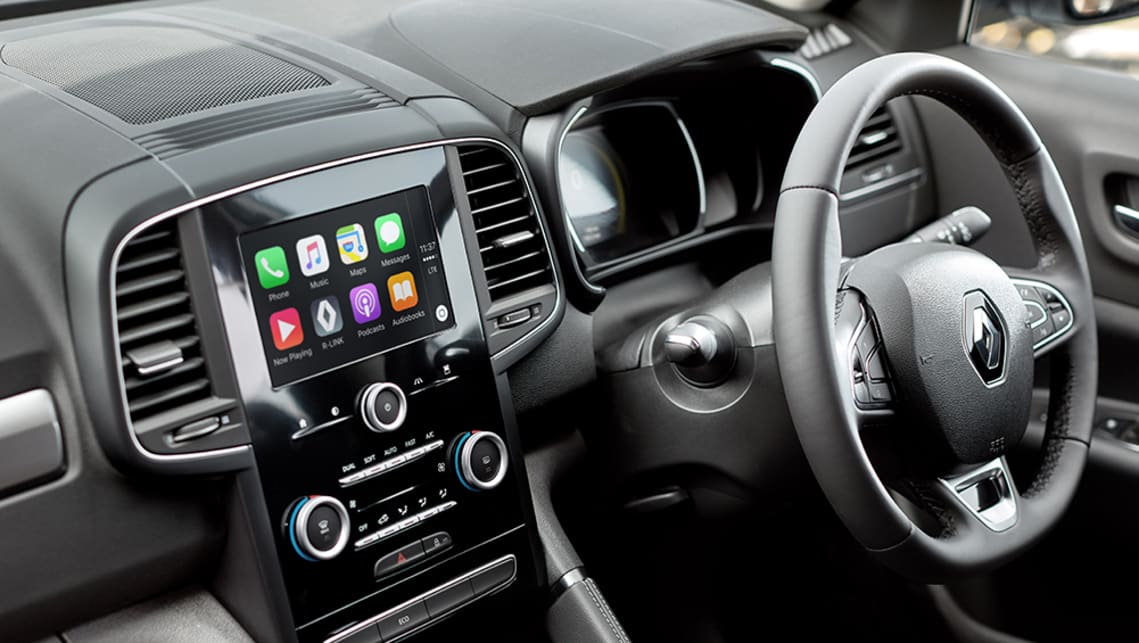 Select Renault Koleos SUVs to get smartphone mirroring retrofit in 2020

Renault Australia’s engineering team and customers are currently working together to test a retrofit for the R-Link 2 multimedia system of select Koleos mid-size SUVs that is expected to deliver Apple CarPlay and Android Auto support next year.

The second-generation Koleos launched locally in September 2016, debuting without the smartphone mirroring technology, which was added from September 2017 production.

As such, the Koleos went without Apple CarPlay and Android Auto support for about 15 months (examples with it weren’t sold until December 2017), meaning there are plenty of owners out there that don’t have it.

To help these customers out, Renault Australia is in the process of validating a retrofit option that will enable them to upgrade their Koleos’ hardware and software to enable smartphone mirroring.

This retrofit will be available via Renault Australia’s dealer network, requiring about an hour to complete.

Crucially, the retrofit will be compatible with the Koleos’ variant-dependent 7.0- and 8.7-inch touchscreens, although it won’t support full-screen Apple CarPlay and Android Auto, which was introduced as part of the model’s facelift that has just gone on sale.

Pricing and a launch date for the retrofit are expected to be announced in the first quarter of next year, pointing to availability from later in the year.

That said, Renault Australia is encouraging any interested owners of these initial Koleos examples to contact their preferred dealer to find out more about the retrofit, which suggests they might be able to participate in the ongoing validation testing.

The French company says the retrofit won’t be available for any of its other models that don’t already have smartphone mirroring, irrespective of what generation of multimedia system that they are fitted with.

Toyota, Mazda and Lexus already offer similar retrofits for some of their customers.