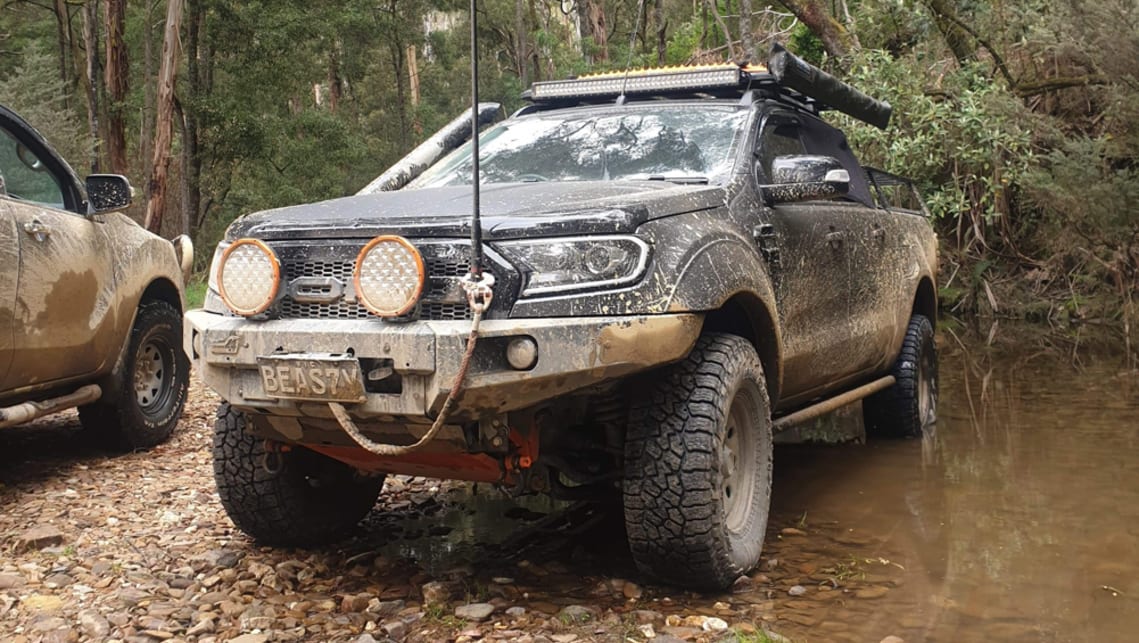 Say goodbye to the rear-drive V8s, the 4×4 pick-up is now Australia’s car of choice

At a point not too long ago, the reigning champions of the Australian automotive industry were the Holden Commodore and Ford Falcon – both large sedans with V8 engine options that could seat the whole family and cruise in comfort.

Somewhere along the line though, the large car fell out of favour, and not long after that passenger cars as a whole were replaced by SUVs as the vehicle of choice on many driveways across the country.

However, it seems like the 4×4 pick-up have now emerged as the successor to the aforementioned Commodore and Falcon as the vehicle of choice for families looking for practicality and comfort.

Of course, the 4×4 ute is obviously more capable than the Commodore and Falcon, being high-riding, rugged, ladder-frame chassis machines that are more at home going bush than pulling up for a latte at a Melbourne café.

Looking at the sales charts, the best-selling nameplate after nine months of trading this year is the Toyota HiLux, with a combined 4×4 and 4×2 36,529-unit total, followed by its archrival the Ford Ranger on 30,961.

When it comes to the sale charts, the Toyota HiLux is unbeatable force.

However, look at just 4×4 sales and the Ford Ranger comes out slightly on top of its Japanese rival, with 27,814 sales for the former and 27,508 for the latter.

While you can expect a portion of these sales from mining companies snapping up vehicles for use in their fleets, the top-end of the 4×4 ute market is actually growing its share compared to last year.

What this means is that more buyers are flocking to $60,000-plus utes as lifestyle and leisure vehicles, not just for use as a workhorse to lug around tools.

The HSV Sportscat is the ‘hottest’ Colorado money can buy.

For comparison, around 20 per cent of Ford’s Ranger line-up is made up of variants priced above $60,000, meaning Raptor, Wildtrak and twin-turbo versions of the XLT dual-cab body style.

Now, Nissan has identified this market as a potential avenue of growth and will introduce the Navara N-Trek Warrior before year’s end, though pricing is still to be confirmed.

Speaking to CarsGuide at the reveal of the Navara N-Trek Warrior last month, Nissan Australia boss Stephen Lester said pick-ups have a unique appeal to the Aussie lifestyle.

“Our market is very unique in how people use their ute, what they use it for and how that segment really operates,” he said.

“It has a very traditionalist view of ‘tool of trade’ but it also has a tremendous lifestyle component to it now, and that’s why we have seen, and are seeing, a massive growth in that sort of ST-X mid-to-high segment.

“But over the last two years – or three years even – it’s been the super-high that has really gone (up).

“And that’s where we see people graduate out of other vehicle concepts into a ute as an alternative to those other vehicles, and some of that is crossover, maybe it’s coming out of some sportscar … but people want a ute that looks good, does what it is supposed to do, and that they can use for a multitude of purposes.”

Although Mr Lester would not be drawn on the volume potential for the N-Trek Warrior, given its hand-built production by Premcar, it will likely not generate enough sales to push Nissan into the upper echelons of the 4×4 ute segment.

The X-Class’s future is currently up in the air.

While the latter three nameplates do not offer a $60,000-plus 4×4 ute variant, Mazda this year introduced the $63,250 BT-50 Boss as the current-generation Ranger-based model winds down production to make way for the new D-Max platform-sharing version expected in the next few years.

The majority of sales of the Mercedes-Benz X-Class and VW Amarok also exceed the $60,000 barrier, with their point of differentiation being 3.0-litre turbo-diesel V6 engines.