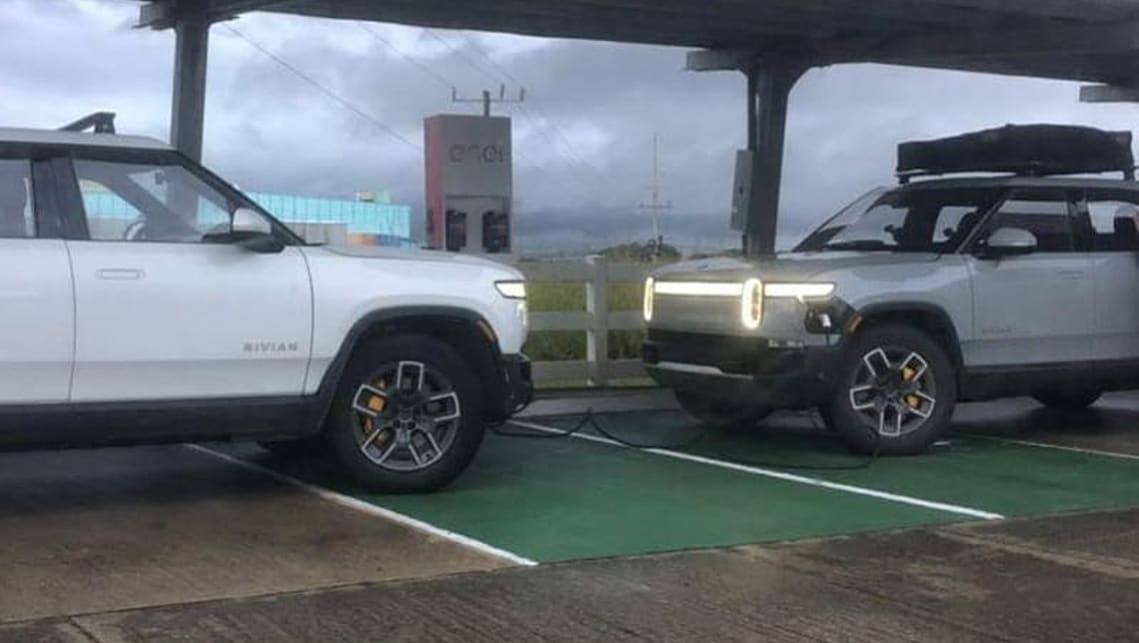 Two Rivian R1T electric pick-ups have completed a journey from Argentina to Los Angeles as part of the upcoming documentary Long Way Up.

The high-riding EVs left Ushuaia, Argentina, on September 19th, and reportedly covered around 200-480 kilometres per day.

Long Way Up is the third in a series of documentaries that follow film star Ewan McGregor and travel writer Charley Boorman as they cover great distances on motorcycles.

In this addition, the duo were aboard Harley-Davidson Livewire electric motorcycles, and so it is fitting that they used electric utes to transport some of the crew.

To compensate for the lack of charging stations south of the border, the team were followed by petrol-powered support vehicles including a Mercedes-Benz Sprinter and a Ford F-350, which ferried battery banks to top-up the electric vehicles as they went.

Both the Harley-Davidson and Rivian e-machines appear to have made it to Los Angeles in one piece.

It’s unclear exactly which route they took, however, scuff marks on the vehicles and social media posts by onlookers suggest that the crew traversed some difficult terrain.

Trainspotters have noticed that the Rivian pick-ups used in the expedition sport some subtle differences to the model that was first revealed at the LA motor show in 2018, including reflectors on the wheel arches and a lack of a fixed little window on the back doors.

The Rivian R1T is expected to launch in Australia in early 2022, around 18 months after the vehicle makes its debut in the US.

As reported, the R1T is a pure-electric dual-cab ute which offers close to 650 kilometres of driving range, and features a quad-motor system that delivers 147kW to each wheel.

According to Rivian, the electric ute is able to sprint from zero to 100km/h in just over 3.0 seconds, and has a towing capacity of 4.5 tonnes.