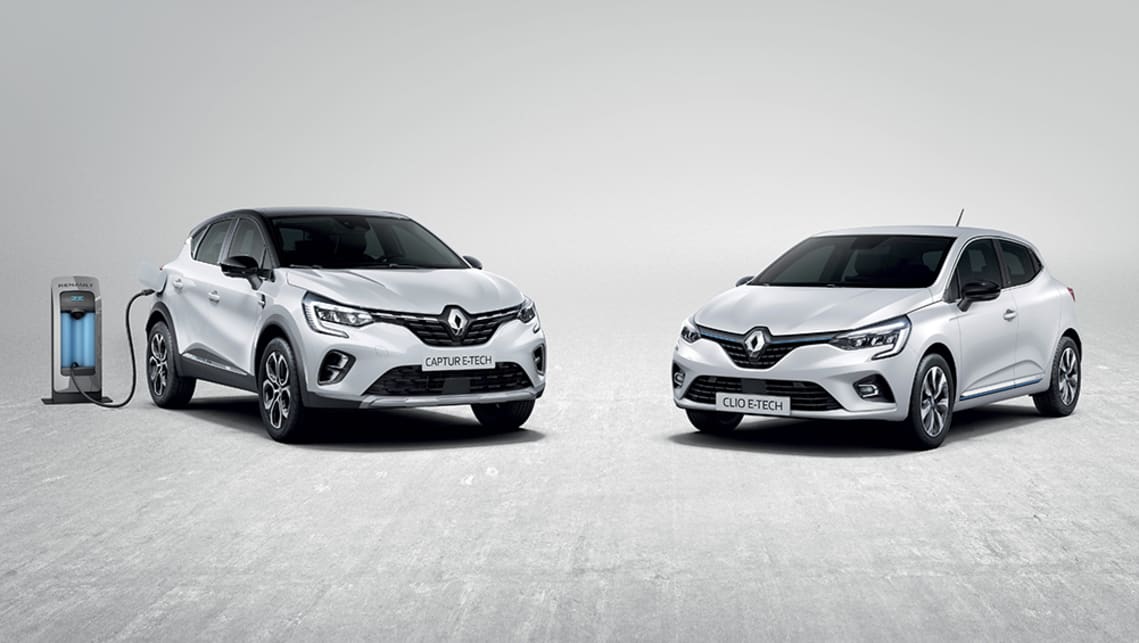 The Clio makes use of a full hybrid set-up that’s similar to that of the rival Toyota Yaris, while the Captur and its plug-in hybrid (PHEV) system go toe to toe with the Jeep Renegade 4xe.

A new 1.6-litre naturally aspirated four-cylinder engine forms the basis of both powertrains alongside a high-voltage stater-generator, an electric motor and a “multi-mode clutch-less” transmission.

That’s where the similarities end, however, as the Clio produces 103kW of power and has a 1.2kWh battery, while the Captur ups the ante to 118kW and 9.8kWh respectively.

The big difference in battery size means the Clio can be driven using electric power only about 80 per cent of the time in urban environments, while the Captur has a WLTP zero-emissions driving range of up to 65km in the same areas.

It’s also important to note the Clio is self-charging via regenerative braking, while the Captur needs to be plugged in to be meaningfully recharged, although Renault hasn’t confirmed yet how long it takes to do so.

Claimed fuel consumption on the WLTP combined-cycle test is 4.3 litres per 100 kilometres and 1.5L/100km for the Clio and Captur respectively.

CarsGuide has contacted Renault Australia to see if these low-emissions variants will join the new-generation Clio and Captur line-ups arriving around June and August respectively.

Renault is planning to add a PHEV version of the Megane to its line-up “soon”, but given only high-performance RS variants of the small car are offered in Australia, don’t expect to see it in showrooms.