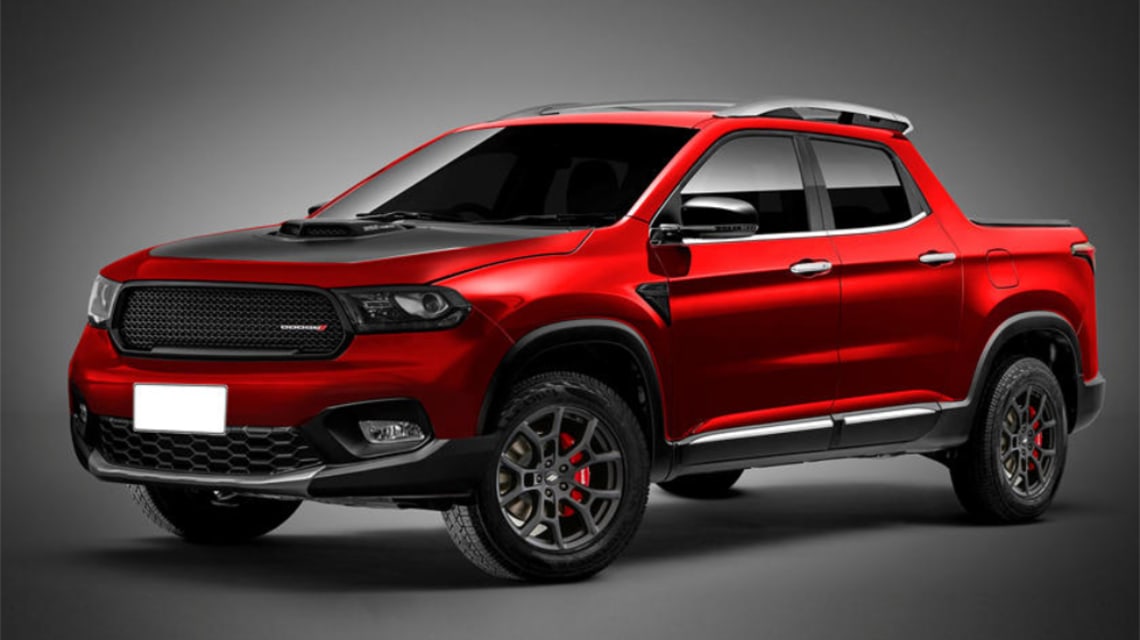 Ram’s incoming Toyota HiLux fighter is yet to be officially unveiled, but that hasn’t stopped the wide world of web peeps imagining what the brand’s Dakota will look like, and we’re particularly in love with this new version.

This is the Dakota imagined as a Dodge performance truck, up to and including the bright red Brembo brake calipers and angry bulging bonnet. Now it must be said, this would be a smaller, Hyundai Santa Cruz-sized truck, rather than the proper mid-sized ute we’ve been promised.

Still, this design, cooked up by designer Kleber Silva, is based on the existing Fiat Toro, which sits above the recently revealed Fiat Strada in FCA’s global (but not Australia) ute program.

The Fiat Toro, then, is similar to the recently revealed Ram 1000 – a South American market special – which is a unibody truck that rides on the same platform as the Fiat 500X and Jeep Renegade. The Ram 1000 is a clever little truck, promising a payload of around 650kg in its 1.5m-sq bed, and a towing capacity of 400kg. Under the bonnet lives a 1.8-litre petrol engine good for 95kW and 170Nm.

At 4915 mm in length, 1,844mm in width, and 1729mm in height, it’s a daintier truck than we’re used to in Australia, but if Dodge was to get a hold of it and up the performance factor, then its workload figures would be less relevant.

Which brings us to potential engine choices. And yes, Dodge has plenty of V8 options, which would likely blow to tray off this bite-sized truck. But it also has a punchy V6 at its disposal, good for a sizeable 227kW. And if that’s still too much, might we humbly suggest the Jeep Wrangler’s turbocharged four-cylinder which produces around 201kW?

Sadly, it’s naught but a dream for now. But a smaller Ram truck is coming. So watch this space.