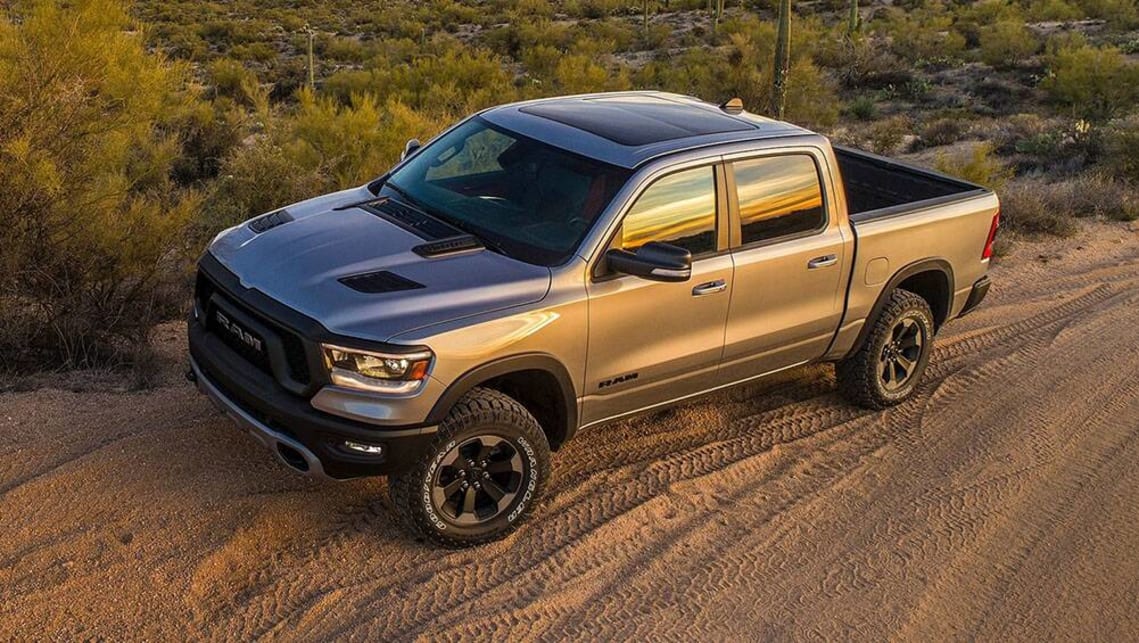 Ram could soon add a mid-size pick-up to its arsenal that would resurrect the Dakota name to take on Australia’s market-leading Toyota HiLux and Ford Ranger.

A patent filing uncovered by MotorTrend in the US reveals that Fiat Chrysler Automobiles’ (FCA) big-truck brand has trademarked the Dakota name for “parts for vehicles, namely, automotive exterior decorative trim”.

The Dakota nameplate was last used for a Dodge-branded US mid-size pick-up that ended production in 2011.

Little else is known about Ram’s new mid-size truck, but parent company FCA has said in the past that a new ute will be introduced in the next two years, and would target a different buyer from the Jeep Gladiator.

In Australia though, Ram vehicles are imported and converted to right-hand-drive by Ateco-owned American Special Vehicles (ASV), not under the FCA Australia umbrella that looks after Fiat, Chrysler, Jeep and Alfa Romeo.

Ram Australia currently stocks the 1500 pick-up priced from $79,950 before on-road costs, but the smaller Dakota could give it a viable answer to the popular dual-cab utes such as the Toyota HiLux, Ford Ranger, Mitsubishi Triton and Nissan Navara.

Overseas reports indicate the Dakota would be built on a ladder-frame chassis, possibly shared with the Jeep Gladiator, with engine options including four- and six-cylinder options in petrol and diesel form.

For reference, the Jeep Gladiator is landing in Australian showrooms this month priced from $75,450 before on-road costs, while the only engine available is a 209kW/347Nm 3.6-litre petrol V6.