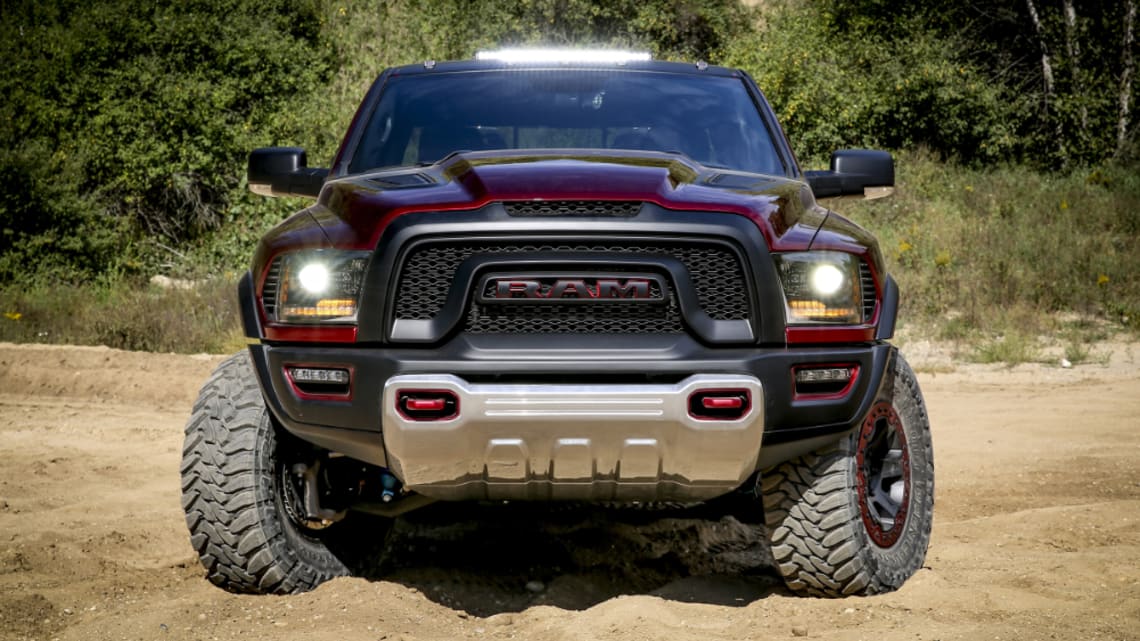 The incoming Ram 1500 TRX will score the most powerful engine in the FCA family, with international reports confirming the the monstrous ute will be fitted with a full-fat supercharged Hellcat V8 engine.

The news, first reported by US site allpar.com, suggests the snarling supercharged 6.2-litre Hemi V8 fitted to the angriest Dodge Challenger, as well as the Jeep Grand Cherokee Trackhawk, will make its way into the 1500, with Ram keen to outshine the Ford F-150 Raptor.

That power plant should produce around 522kW and 868Nm, with that grunt fed through an eight-speed automatic and sent on to all four wheels, which should be more than enough to make the TRX very fast indeed. The Grand Cherokee Trackhawk, for example, can knock off the sprint to 100km/h in just 3.7 seconds.

In other big news, allpar.com’s sources have also reportedly confirmed that the TRX will look significantly angrier than its regular counterparts, with deep bonnet venting and an overall design that doesn’t stray too far from the Ram’s 2016 Rebel TRX concept.

That car – unveiled at the State Fair of Texas in 2016 – featured a supercharged V8 good for 429kW, but it seems Ram has decided to up the grunt for the production model.

Ram confirmed the project back in 2018, but didn’t go into detail, with company boss Mike Manley telling investors the F150 Raptor had ” had the segment all to itself”.

“It’s been allowed to play in this part of segment all by itself. That doesn’t seem right, does it?” Asked Ram boss Mike Manley.

“You may remember Ram showed a concept back in 2016. It was called the TRX. It was a clearly targeted concept vehicle focusing on power, torque, technology and style.

“As Ram, we think it’s time for the Raptor to have some serious competition, so as part of the next five-year plan, the TRX will no longer stay as a concept. It will go into full production.