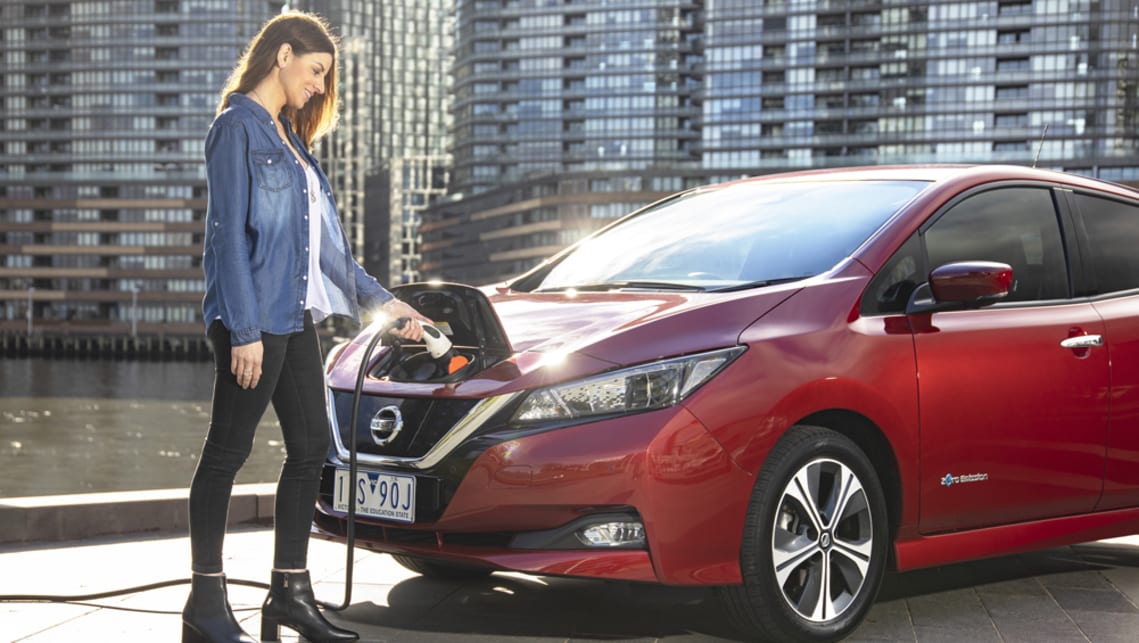 A study by the Electric Vehicle Council (EVC) has revealed the tide is turning on public apathy towards emissions-free vehicles, leading to what could be critical mass for alternative powertrains if the right steps are taken.

According to the survey – which featured 1939 respondents tallied from the NRMA, RACV and RACQ – 45 per cent of people said would consider buying an electric vehicle (EV) if they were in the market for a car.

In the 2017 questionnaire, just 19 per cent of respondents answered yes to the same question.

Although an equal 45 per cent of respondents this year also answered that they would not consider an EV, when adding the numbers for those currently researching an EV to buy and those who currently own an EV, 53 per cent of those surveyed are in favour of an electrified car.

Nearly 70 per cent of respondents would choose an EV if the price was at parity with an internal combustion-engined (ICE) equivalent, however seven per cent still said they would still be willing to pay more for an emissions-free model.

However, the biggest hurdles to overcome with EV adoption remain range anxiety (cited 73% of respondents), followed closely by vehicle price (71% of answers).

To overcome the former, Australia’s EV recharging infrastructure is quickly expanding thanks to companies like Chargefox, Evie Networks, the NRMA and Tesla who are building their own stations around the country.

Australia’s charging network has now reached 1930 stations (251 of which are in fast-charging DC chargers), an increase of 143 per cent from June 2018 to July 2019, and will expand even further.

In correlation with the increase in charging stations, more plug-in hybrid and battery electric vehicles (BEVs) are being sold nationwide.

In the first half of 2019, 1277 EVs (excluding Tesla as the brand does not disclose sales data) found new homes in Australia, a substantial increase over the 670 units sold in the same period last year.

Over the next 12 months, expect to see plug-in versions of the Mercedes-Benz C-Class, BMW e Series and Mini Countryman, as well as the all-electric Audi e-tron, Kia e-Niro, Mercedes-Benz EQC and Porsche Taycan, become available.

Key to an increase in volume will be EV adoption by fleets, which, according to the report, account for 52 per cent of new vehicle sales and feed much used inventory into the second-hand market.

However, last year’s EV sales figures also revealed that just four per cent of volume was purchased by government fleets, with businesses and private purchases accounting for 63 and 33 per cent respectively.

As such, the EVC identified government fleets as a huge potential to spark interest in EVs, however it also warned that businesses should adopt EV fleets with their eyes open and be aware of cost of ownership and charging infrastructure needs.

In terms government policy support, the top three requests from respondents are “support the provision of charging infrastructure, reduce the cost of purchasing an electric vehicle, and reduce the cost of installing home charging”.

“Our lack of national co-ordination and support has resulted in stagnant uptake and restricted some of this potential,” the report said.

“While the federal government is currently developing a strategy due for completion in mid-2020, it is more important than ever that this strategy is supplemented by strong policies by state and territory government.”

The Federal Chamber of Automotive Industries (FCAI) has been in consultation with the government about what form a national EV policy will take, including the possibility of introducing financial incentives and taxing CO2 emissions.