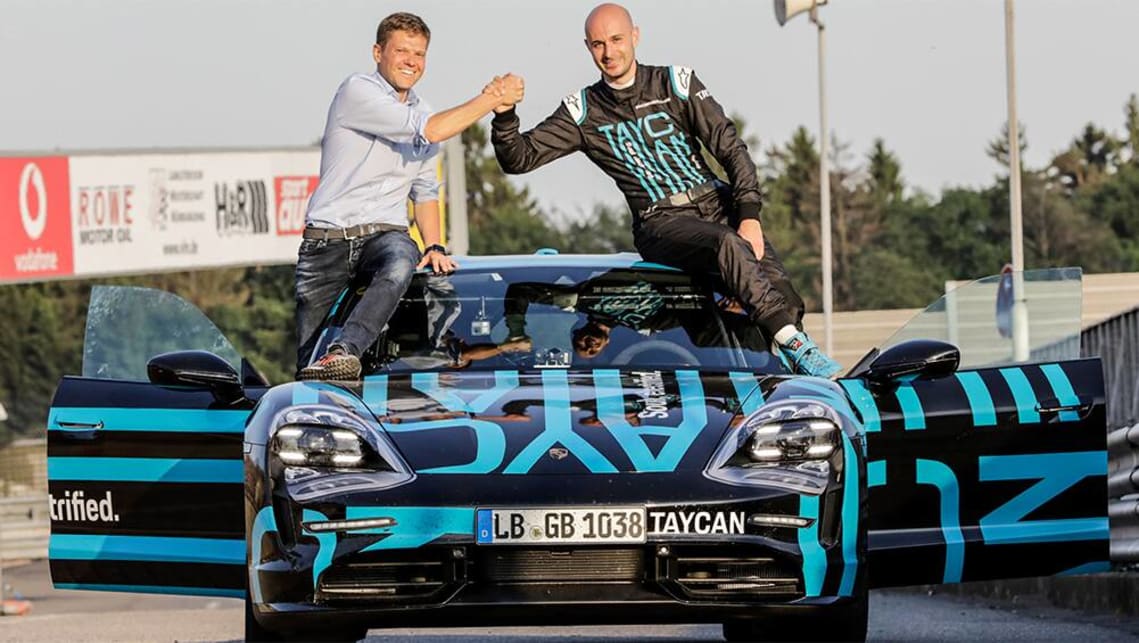 Porsche’s secret weapon in Nurburgring war with Tesla: We can go faster

Tesla might be yet to officially return fire in the battle for EV supremacy at the Nurburgring, but should the Model S beat the Taycan’s lap time, Porsche has an ace up its sleeve to ensure the record won’t stay in Elon Musk’s pocket for long.

That’s the word from Taycan product manager Lukas Kramer, who told CarsGuide “there’s probably some room left” in the 7min42sec Nurburgring lap time it set back in August.

That time was set by a Taycan Turbo, which produces 460kW from its twin electric motors (one at each axle), but ups the oomph to 500kW and 850Nm on overboost when launch control is engaged.

But what’s been lost in the noise of the Porsche versus Tesla war is that the German brand has an even faster Taycan at its disposal, the Turbo S, and that car is yet to lap the ‘Ring.

The Taycan Turbo S produces the same 460kW as the Turbo, but the launch control function unlocks a staggering 560kW and 1050Nm for a 2.5-second overboost burst, helping trim the sprint to 100km/h by 0.4 secs to 2.8secs.

Standard ceramic brakes help to pull the Turbo S up faster, too, and also help lower the kerb weight slightly. All of which would improve the Taycan’s Nurburgring lap time.

“If you have all the performance equipment and torque, there’s probably some room left,” Kramer says.

Porsche denies it purposely held the Turbo S back so it can reclaim the lap time, should it be beaten, instead saying they chose to use the Turbo because it had just completed a 24-hour pre-launch test drive, and the brand was keen to showcase the Taycan’s dual personalities.

“We used the same car on our own 24-hour test drive, and it was very important that the car could do both. Between the two events we just changed the tyres, we wanted the car to be in the same setup,” Kramer says.

“We’re really happy with our (lap time) time. But (with the Turbo S) there would be some potential.”

For Tesla, the Taycan’s Nurburgring time has proved lure enough to send a pair of Model S sedans to Germany, where they’ve been spied lapping the circuit. Unconfirmed claims of a staggeringly quick lap time (some 20 seconds faster than the Taycan’s) have surfaced, but nothing offical or verified has been released.