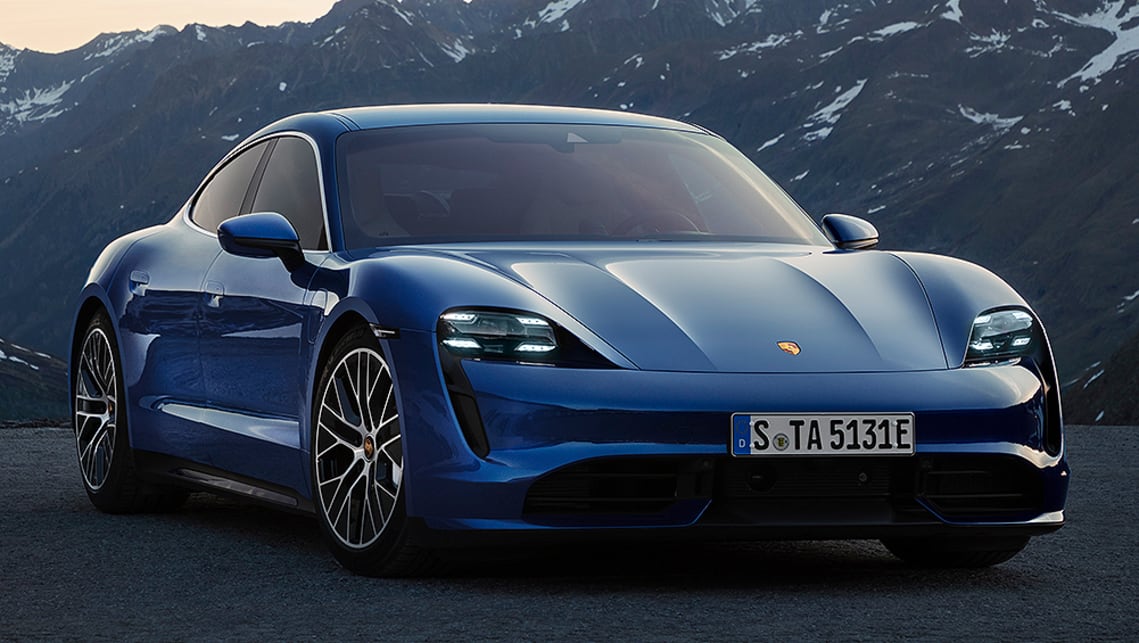 Following a lengthy teaser campaign, Porsche has officially lifted the lid on its first all-electric model – the Taycan.

Initially, Porsche will offer the Taycan in Turbo and Turbo S guise, with less powerful variants to debut towards the end of next year, starting with the Cross Turismo.

The 2295 kilogram, all-wheel-drive, four-door sportscar is fitted with a 93kWh battery under the floor, powering twin electric motors paired with a two-speed automatic transmission.

Peak outputs for the Turbo S are rated at 560kW and 1050Nm, while the slightly tuned-down Turbo makes 500kW.

Up to 450 kilometres of driving range is on offer.

In terms of range, the Turbo S can travel 412 kilometres between charges, while the Turbo has slightly longer legs with a 450km driving range.

The Porsche Taycan can accept up to 270kW of charging power, allowing for fast charging times.

Connected to a DC fast charger, up to 100 kilometres of range can be added in just five minutes, and charging from five to 80 per cent can be achieved in 22.5 minutes.

Porsche has not revealed charging times for standard home plugs.

Without the need for a conventional motor under the bonnet, Porsche’s design team was able to sculpt the Taycan with a low-bonnet and futuristic front-bumper design.

According to Porsche, the cabin was designed to be centred around the driver.

The front-end is dominated by a unique four-point headlight signature, which incorporates air vents for improved aerodynamics.

Its silhouette takes inspiration from the 911 range, according to Porsche, while the rear is reminiscent of the Panamera.

The cabin takes on a sleek and minimalist approach, with a large curved digital cluster, and a 10.9-inch infotainment display and optional passenger display designed to look like one solid glass band.

As a nod to its eco-friendly status, the Taycan can be specified with no leather, instead using recycled materials, although a range of upholstery options will be offered.

The Taycan’s chassis is integrated with Porsche’s 4D Chassis Control system to make real-time adjustments for improved performance and comfort.

An adaptive air-suspension system is fitted as standard, as well as electronic roll stabilisation and torque vectoring.

Five driving modes will be available, including Range, Normal, Sport, Sport Plus and individual.