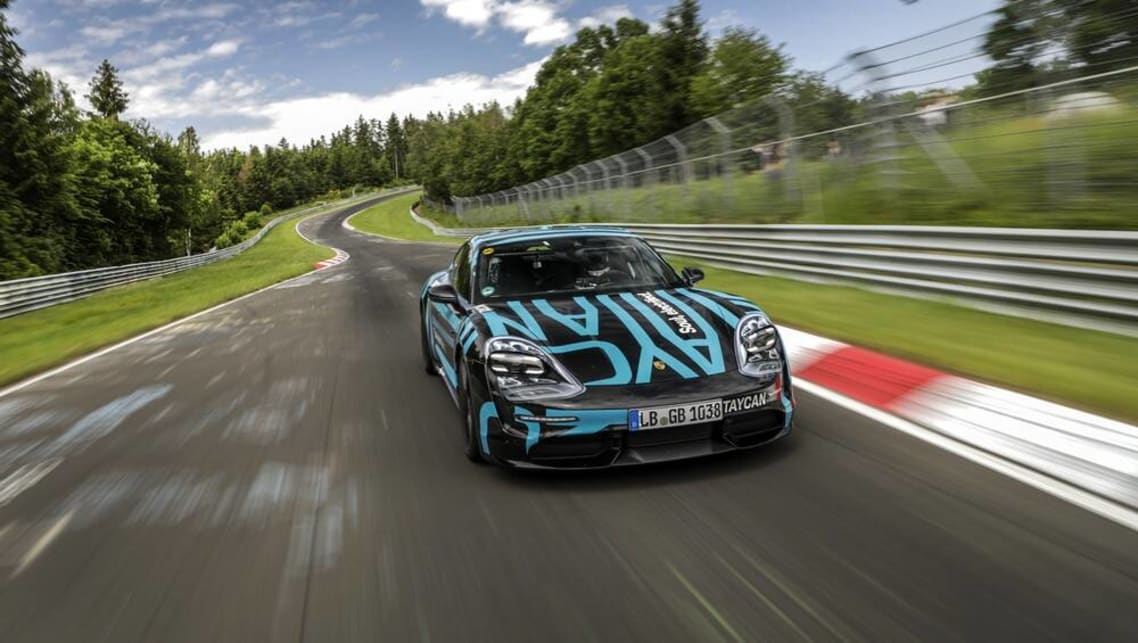 Anyone still doubting the performance of Porsche’s first electric car can relax.

The German brand has announced the Taycan, it’s battery-powered sports sedan, has set a new record for the fastest four-door EV around the famed Nurburgring race circuit in Germany. Lapping the 20km circuit in 7m42secs puts it on par with a Cayman GT4 and 911 GT3 RS (997).

Test driver Lars Kern was the man behind-the-wheel and was full of praise for the performance potential of the car, as the image of electric cars has largely been built around the environmental impact.

“The Taycan is also suitable for race tracks and it convincingly proved that here on the world’s most challenging circuit,” Kern said. “Again and again, I am impressed at how stable the all-electric sports car handles in high-speed sections, such as Kesselchen, and how neutrally it accelerates from tight sections, such as Adenauer Forst.”

But the Nurburgring lap time wasn’t the only performance test Porsche has put the Taycan through. While Tesla is famous for its “Ludicrous” acceleration mode, Porsche has maintained its car will be more capable of repeated hard acceleration without having to cut power to save the batteries.

Porsche claims that during testing it made the Taycan acceleration from zero to 200km/h 26 consecutive times with each run taking less than 10-seconds and the difference between the fastest and slowest time was just 0.8secs.

The German engineers also ran the Taycan hard for 24-hours at Volkswagen Group’s Nardo test circuit, covering more than 3400km in that time.

The Taycan is due to be unveiled in the coming weeks. Porsche has been drip feeding information about the car for much of the last year. We now know it will feature an electric motor on each axle to make each model all-wheel drive. It will also run on an 800-volt electrical system, instead of the 400-volt used by most EVs. It’s also expected to be offered as a three-tiered line-up, with each step up adding more performance and range.

Porsche has also confirmed it has doubled its initial production run from 20,000 to 40,000 examples in the wake of unexpectedly high demand.