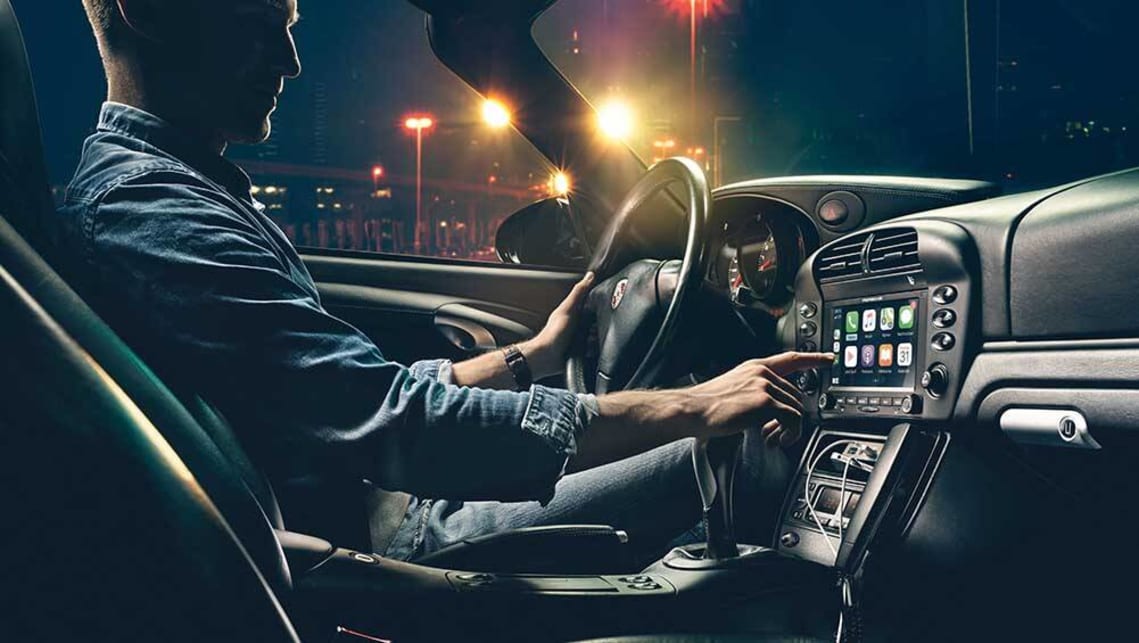 Porsche finally introduces Android Auto, but not for current models

Porsche has finally made Android Auto smartphone mirroring available for some of its models, but the selection is limited to its classic cars instead of anything found on the floor of a showroom.

Dubbed Porsche Classic Communication Management (PCCM), the new multimedia system is available in single-din configuration as a retrofit for any 911 generation from the original up to the 993-series of the 1990s.

This version features a 3.5-litre touchscreen, as well as psychical controls in the form of two rotary knobs and six buttons flanking the system.

Porsche says the system “blends harmoniously into the dashboard of Porsche classic cars thanks to the black surface finish and shape of the knob”.

Later model 996-series 911s, and the original Boxster convertible, score the PCCM Plus system with a double-din unit displaying multimedia across a 7.0-inch touchscreen.

This system boasts specific haptic and vidual designs tying into the dashboard layout of the specific models.

Regardless of which PCCM system though, both feature the aforementioned Android Auto, as well as Apple CarPlay, digital radio, Bluetooth, AUX, USB and SD card connectivity.

Both units are available at Porsche showrooms across Australia, priced at $2634.10 and $2968.33 for the PCCM and PCCM Plus systems respectively, however installation is a separate charge.