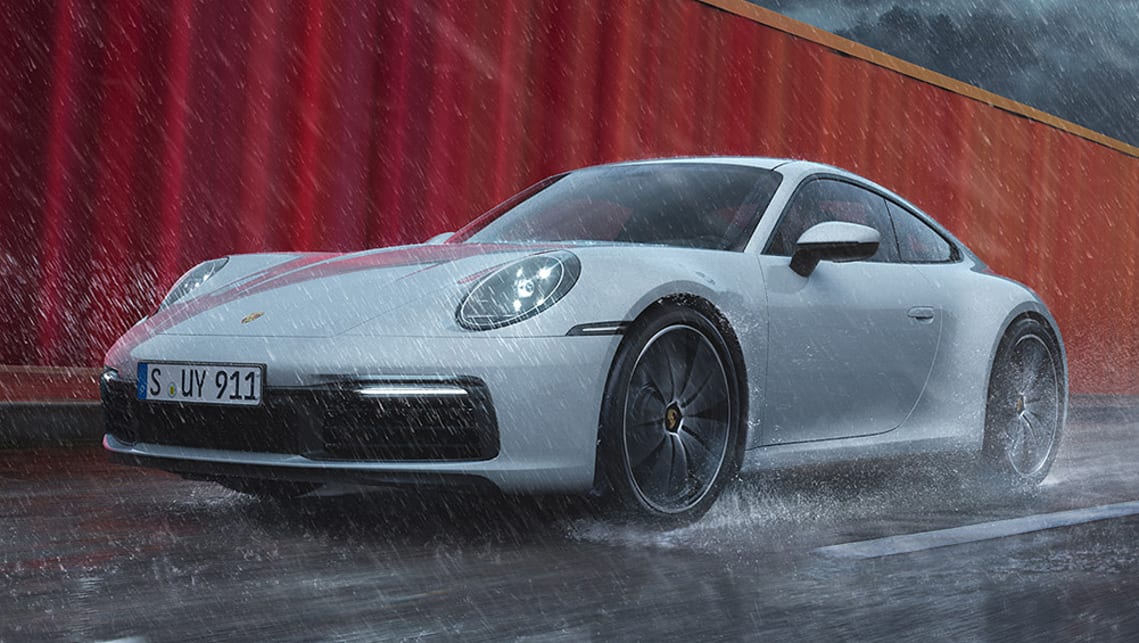 Porsche Cars Australia has confirmed that its Carrera 4 Coupe and Cabriolet will hit local showrooms before year’s end, priced from $245,600 and $267,100, respectively.

The Carrera 4 also shares its interior with the standard 911 models, with the centrally positioned tachometer and a new 10.0-inch touchscreen multimedia system.

Like all eighth-generation 911 Carrera models, the all-paw Carrera 4 is motivated by a twin-turbocharged 3.0-litre boxer engine.

Power is up by 11kW compared with its predecessor at 283kW, while torque holds steady at 440Nm.

When matched with the standard eight-speed automatic transmission, the new 911 Carrera 4 Coupe accelerates from zero to 100km/h in 4.2 seconds, however, that time drops to 4.0s with the Sport Chrono Package fitted.

The Cabriolet is 0.2 seconds slower in both cases, and will hit a top speed of 289km/h compared to 291km/h in the tin-top.

There’s not much to distinguish the 911 Carrera 4 from its higher-spec 4S sibling, albeit unique rectangular tailpipes.

Equipped with the latest version of Porsche Active Suspension Management (PASM), a variable damping system can be tuned with two selectable modes: Normal and Sport.

An electronically controlled limited-slip differential and torque vectoring can be ordered as an option.

The wheels feature a staggered layout, measuring 19-inches at the front and 20-inches at the rear, with 235/40 and 295/35 tyres fitted, respectively.

On the outside, the 911 Carrera 4 shares the new-generation design language, and can be distinguished from the range by its rectangular tailpipes.