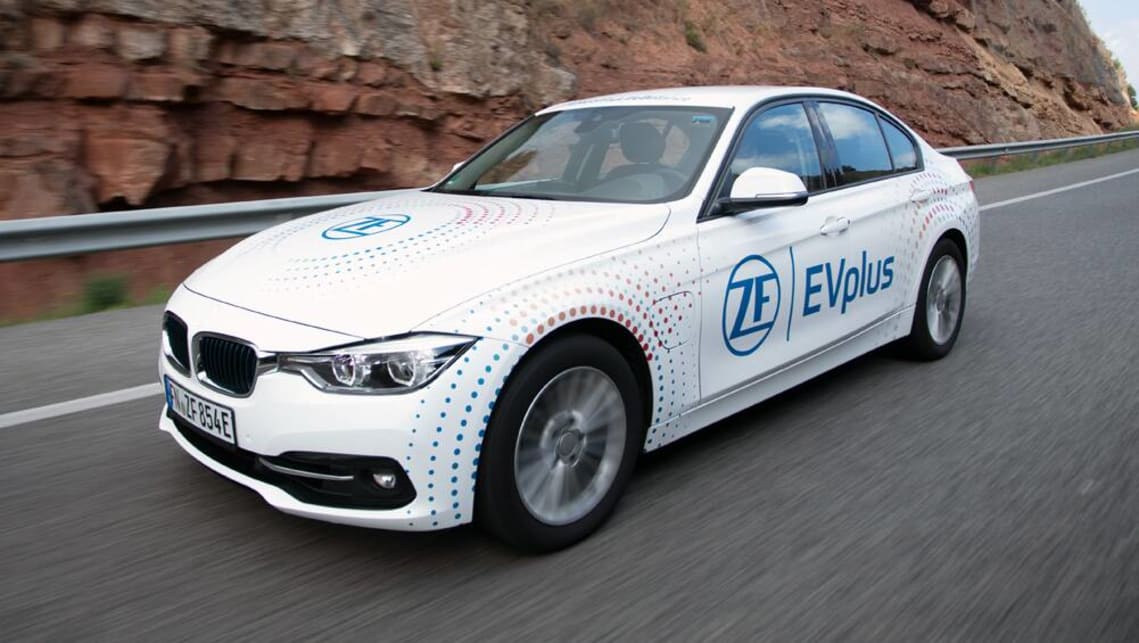 Revealed at this year’s Frankfurt motor show, ZF has taken an outgoing BMW 330e to use as a basis for its EVplus concept car, but ditched the 7.6kWh battery in favour of a 35kWh unit.

The larger capacity battery boosts the all-electric driving range from around 30km to over 100km, even with auxiliary systems such as air-condition used, according to ZF.

The 100km driving range also eclipses the new-generation BMW 330e’s 50km reach, while also doubling those offered in other plug-in hybrids such as the Mercedes-Benz C300e and Mitsubishi Outlander PHEV.

As a result of the longer travel distance, ZF says its PHEV system will alleviate range anxiety, as well as long recharge times, and make plug-in hybrids more viable and attractive to customers.

If the battery is depleted however, there will also be a petrol engine on hand to ensure continued commuting, unlike in full-batter electric vehicles (BEVs).

“For us, EVPlus marks a paradigm change with plug-in hybrids,” he said. “Thanks to EVPlus, the next generation of plug-in hybrids are electric vehicles suitable for daily use.”

“Anyone wishing to drive longer distances in the same vehicle can do so without having to stop and wait for it to recharge, with the risk of getting stranded.”