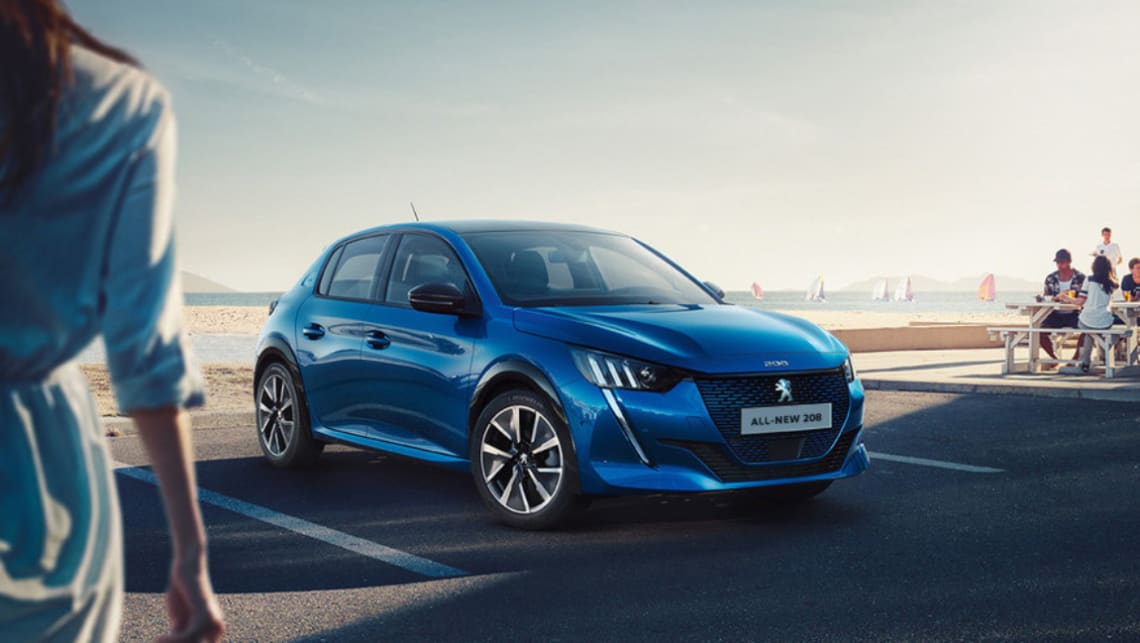 Peugeot showcased several upcoming products for the Australian market as part of the launch program of the new 2020 508 liftback and sedan, including electrified versions of its 208 and 2008 hatch and small SUV.

But, don’t expect them to land any time soon, with the brand’s Australian managing director, Ben Farlow, telling Australian journalists that the French brand would rather “go big” and release an entire electrified line-up at once rather than trickle out individual electric versions “to chase headlines”.

The e-208 and e-2008 have been built with the future of Peugeot’s brand in mind and have already launched in Europe – including the right-hand-drive UK.

The e-208 small hatch is Peugeot’s first mass-market fully electric car with a WLTP-measured 340km range. It sports a 100kW/260Nm electric motor, and a 50kWh battery – which allows for a longer range than its Renault Zoe and Nissan Leaf competitors.

The e-208 has an impressive range and retails at a reasonable price in the UK. Peugeot would not confirm a timeline for Australia yet.

Peugeot says that the e-208 can be charged from zero to 80 per cent in just 30minutes from a European-standard Type 2 CCS combo charger with a (rare-in-Australia) 100kW output.

Similarly, the e-2008 small SUV has the same motor and battery allowing for a 311km range.

Mr Farlow says while these products are in the pipeline for the brand’s “long-term future in Australia”, before it can bring these emerging drivetrain technologies to our shores it first has to focus on “efficient combustion engines” in order to “rebuild brand trust”.

The e-2008 has a slightly lower range than its 208 hatch counterpart.

An entire range of electric vehicles will arrive “when the (Australian) market demands it” according to Mr Farlow, including electrified light-commercial vehicles which are apparently in Peugeot’s global plan for the near future.

Other pillars of Peugeot’s electrification strategy include PHEV versions of both the 508 Sportwagon as well as the 3008, dubbed GT Hybrid4, both of which are not entirely ruled out for Australia – again, with their introduction depending on demand.

The 3008 GT Hybrid4 was previously ruled out for Australia, but the performance-oriented hybrid could factor in to the brand’s electrification plans in the future.

The 3008 GT Hybrid4 is pitched as a performance SUV offering with all-wheel drive coming via an electric motor on the rear wheels and a combination of power going to the front axle. It sports a 13.2kWh battery good for a roughly 50km purely electric driving range. Combined outputs are rated at 220kW.

The brand’s immediate strategy in Australia will be to improve the Peugeot “ownership experience” and “rebuild brand trust” as well as move the Peugeot brand more upmarket rather than focus on volume.

Expect to know more on Peugeot’s plan for the new combustion-driven versions of the 208 and 2008 as their release timing in Australia draws closer – likely to be some time in 2020.