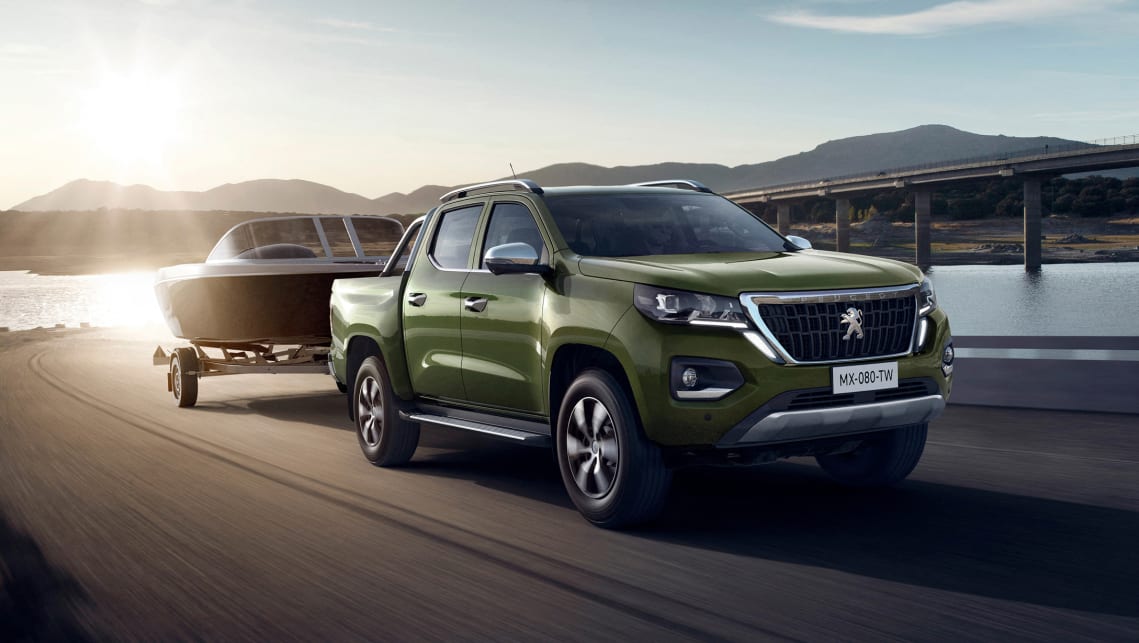 After alluding to the fact that a new Peugeot ute was on the way last year, the brand has unveiled its new-generation Landtrek .

Destined primarily for Africa and South America like its Pick Up predecessor, the Landtrek wears signature Peugeot styling, matching the look of the the French brand’s SUV range, alongside its futuristic interior style.

Built as part of Peugeot’s joint venture with Chinese manufacturer, Changan, the Landtrek is available in a full range of ute bodystyles – including cab chassis, single cab and dual cab – but is expected to only be made for left-hand drive markets.

4×2 versions of the Landtrek are rear-wheel drive, while 4×4 versions are offered with a low-range transfer case and a rear locking differential. Off-road specs include a 600mm wading depth and up to a 235mm ground clearance.

Peugeot draws into its parts catalog to fill the interior of the Landtrek with parts from the 3008 SUV and 508 sedan.

The Landtrek comes with a 360-degree parking camera which Peugeot says can double as an off-road manoeuvring camera suite to bolster its ability. It is hosted on a 10.0-inch “high-definition” multimedia touchscreen “inspired by the 508”, which supports Apple CarPlay and Android Auto functionality.

Peugeot says the Landtrek will boast a 3000kg towing capacity and up to a 1200kg payload depending on the variant.

Despite the Landtrek’s modern and contemporary looks, it misses out on much of the active safety now required to achieve marketable safety scores in many jurisdictions.

Safety is expected to be one of many reasons that the Landtrek will be ruled out for the Australian market.

The Landtrek boasts a relatively large tray and capacities in markets it will be sold into.

Speaking to CarsGuide at the Australian launch of the 508 sedan and sportwagon in late 2019, the brands representatives alluded to the imminent launch of the Landtrek, although stressed that bringing the ute to Australia would be “prohibitively expensive”.

While the brand noted that the Landtrek could be coming to markets in Oceania via a right-hand-drive conversion in Malaysia, bringing the truck up to Australian safety standards would have made its Australian pricing far higher than many rivals.

It is understood that the Landtrek will not even make it to Peugeot’s European home market for the same safety inclusion reasons.