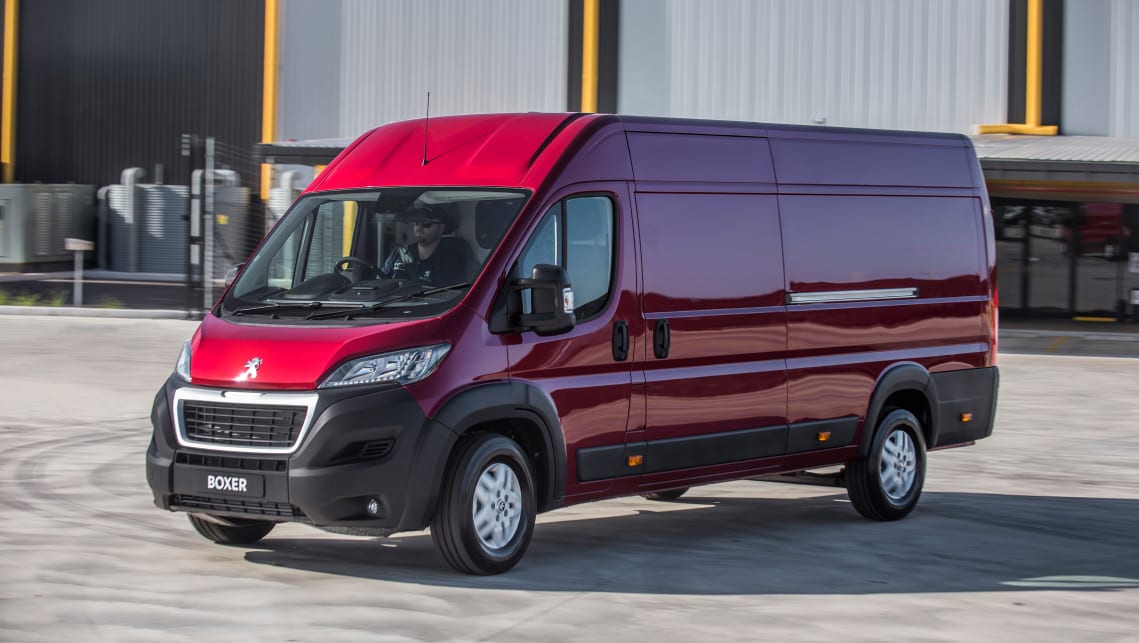 Peugeot has revealed pricing for its two-variant large Boxer van for the 2020 model year.

Both variants are powered by a 2.0-litre four-cylinder turbo diesel engine good for 120kW/310Nm, which is exclusively mated to a six-speed manual transmission.

The Boxer is claimed to consumer 6.9L/100km of diesel in either layout.

Despite only shipping with a six-speed manual, the Boxer has a camera-based auto braking feature.

Standard features across both variants includes 15-inch steel wheels, a 5.0-inch multimedia touchscreen with built-in navigation, a TFT screen nestled in the dash, LED DRLs with halogen headlights, and rear parking sensors with a reversing camera.

Although the Boxer has been around since 2014 in Europe, 2019 sees the brand’s LCV range return to Australian shores.

Peugeot says the 2.0-litre turbo-diesel Boxer was subjected to “special testing”, including 1500 hours operating in temperatures ranging from -20 degress Celsius to 40 degrees Celsius, 1000 water crossings including with saline spray, 500,000 door opening tests at a range of temperatures, and a set of “thermal shocks” to the drivetrain simulating “15 years of intensive use”. Peugeot says it accrued 1.3 million real-world kilometres of testing in the lead up to the release of the Boxer.