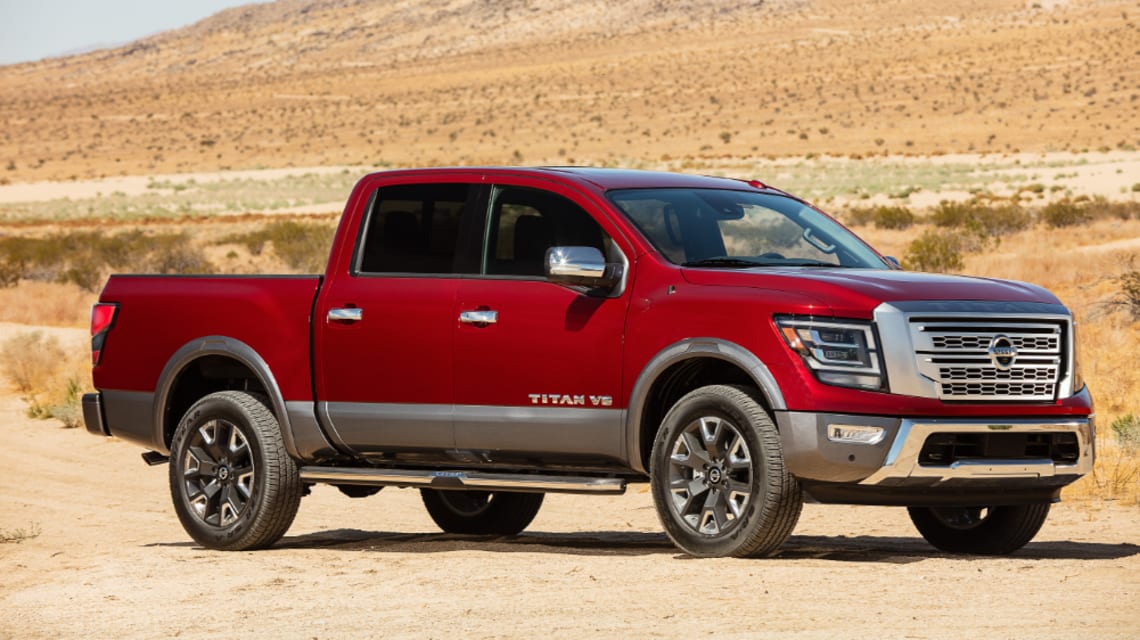 The Nissan Titan is inching closer to an Australian debut, with the brand’s international LCV boss “doing his homework” on how best to launch the jumbo pick-up down under.

Speaking at the Tokyo Motor Show, Nissan’s global head of light commercial vehicles, Francois Bailly, said that, while he’s not yet ready to announce to the launch of Titan in Australia, he was working on it.

Nissan’s US-spec jumbo truck was recently updated, with the 2020 Titan getting a new grille and (and much brighter) headlight design, as well as a “Command Centre” inside that makes use of a new 9.0-inch touchscreen that’s both Apple CarPlay and Android Auto equipped.

The diesel engine is officially dead, with the Titan making use of a 5.6-litre petrol V8 that produces 400 horsepower (298kW) and 560Nm of torque.

“While we’re not ready yet to announce the introduction of Titan in Australia, we’re doing our homework to see how we could do that. But the idea is really interesting,” Mr Bailly said.

Nissan in Australia has made no secret of how desperately they want the Titan locally, with stunning success of the Ram 1500 proving a major driver to get a deal done.

That vehicle, which is converted locally from left- to right-hand drive, has proven something of a shining star on the sales front, with Ram shifting some 2063 examples of its 1500 in 2019 – making up the vast bulk of the brand’s total 2275 sales this year.

Nissan wants a slice of that pie, and while the brand is yet to import any vehicles to test locally, Nissan’s local boss says he has no concerns over the Titan’s technical ability to shine on Aussie roads.

“We haven’t brought any cars in for us to evaluate. But given road severity in this country and the use of the vehicle, there’s really no need to do that as part of it,” says Nissan Australia chief Stephen Lester.

“The drive down the Monash to the Mornington Peninsular is really no different to the USA. We don’t have concerns over the technical specification of the vehicles.”

While Nissan is yet to confirm an official launch date, it’s understood that time is inching closer, with the brand saying there’s “no give up” in the mission to see the Titan arrive.

“We’re continuing to push on that, to get it here and figure out a way to make it happen. It’s not moving as fast as we’d necessarily like, but that’s part of making sure you’ve got everybody’s confidence.

“I’m willing to invest the time and the energy, and so is the team, in going about it as long as it takes to get the outcome that we want. And nobody has any give up in the process, we’re going to go all the way to the end of the marathon.

“We will do whatever we can to get it here as quickly as possible.”

As previously reported, Nissan is currently investigating local conversion opportunities (like the Chevrolet Silverado and Ram products), with Premcar – which currently produces the Navara Warrior – firming as a front-runner for the work.

“More than likely it will sit with local conversion, but that won’t come to any surprise to anybody that’s familiar with a factory line,” Mr Lester says.

“Going back to the Navara Warrior, that demonstrated how capable, reliable and high quality that (work) is.

“Nothing is locked in, there are a number of suppliers that can do it or would do it. Naturally you lean on the relationships with your friends and the people you work with to figure tough situations out.”