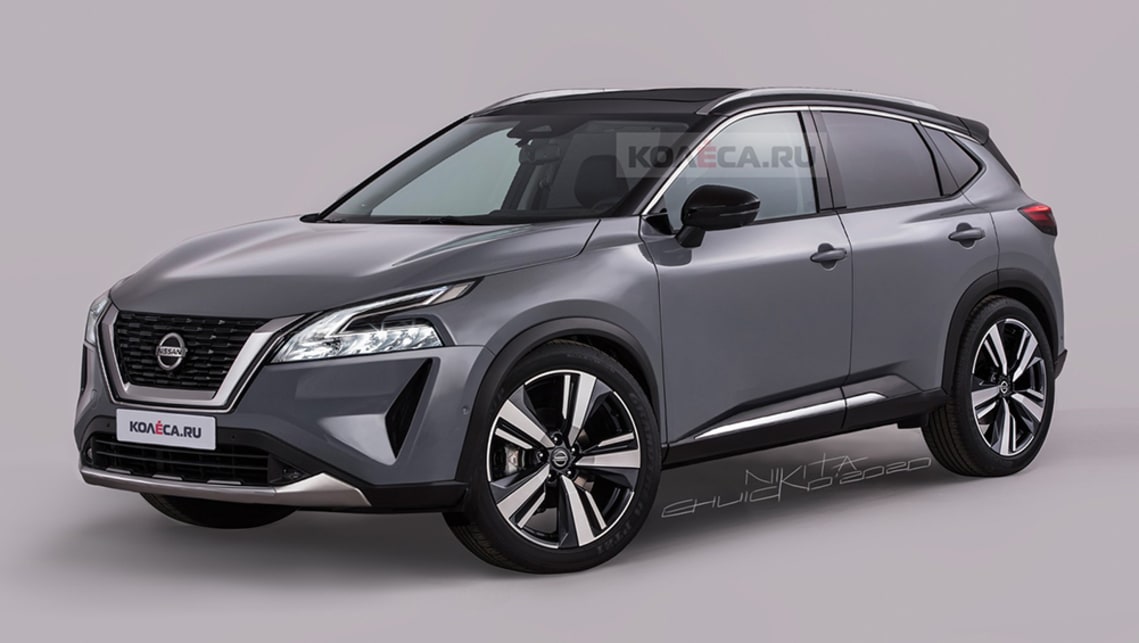 With Nissan expected to reveal the third-generation Qashqai later this year, the new small SUV has started to take shape, with a stylish design the highlight.

The next Qashqai was spied testing in Spain earlier this month, and now Kolesa.ru has published two renders based on the development mule that was spotted.

Needless to say, the generational change isn’t dramatic, with Nissan’s signature V-Motion grille still present, while the entire headlight clusters are now styled like boomerangs instead of just the daytime running lights.

The side mirrors have been repositioned onto the redesigned front doors, with their rear counterparts incorporating sharp creases that emphasise the width of the haunches. These lines lead to the tail-lights, which are flatter than before.

If the Qashqai’s glasshouse looks unchanged, it’s because it largely is, with the model expected to remain on the CMF-C/D platform that also continues to underpin the X-Trail mid-size SUV in its new, fourth-generation form.

For reference, the Kia Seltos and Mitsubishi ASX rival is currently priced from $28,290 to $38,790 plus on-road costs, having been given a $300 price rise earlier this month.