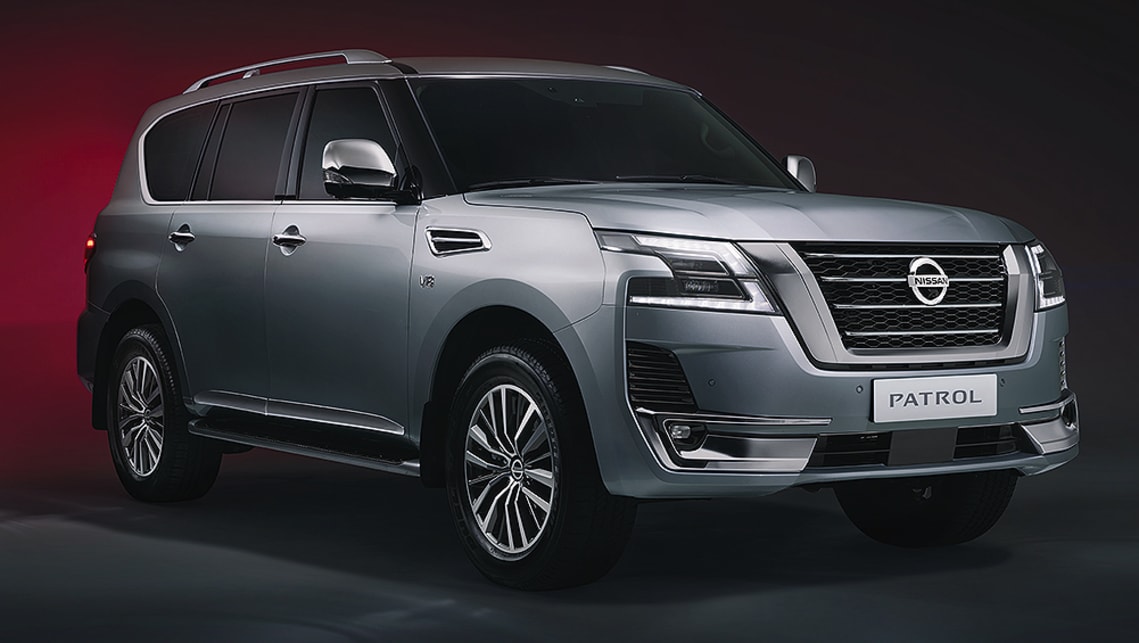 Nissan Australia has confirmed that its subtly updated Patrol SUV will hit local showrooms “before Christmas this year”.

The new Patrol was revealed overnight in Abu Dhabi, distinguished by its “V-motion” grille and boomerang-shaped LED headlight signature.

Exact mechanical changes are as yet unclear, however, Nissan says it has made significant improvements to noise, vibration and harshness (NVH), and has improved air flow systems for faster cooling.

At the rear, redesigned tail-lights are featured alongside a large chrome trim piece and sequential indicators – which have been included for the first time on a Nissan.

The Nissan Patrol update includes the addition of Apple CarPlay and Android Auto.

On the inside, a new centre console hosts a dual-display multimedia system with sat-nav and smartphone mirroring.

Pricing and specifications have yet to be announced for the Australian market, although Nissan will likely offer two trim levels as per the outgoing range.

The vehicle is powered by a 5.6-litre V8 that delivers 298kW/560Nm, and is matched with a seven-speed automatic transmission with a low-range transfer case.

Nissan Australia has sold 1356 Patrol units so far this year, while the Toyota Landcruiser – the Patrol’s primary rival – has found 9621 new homes.