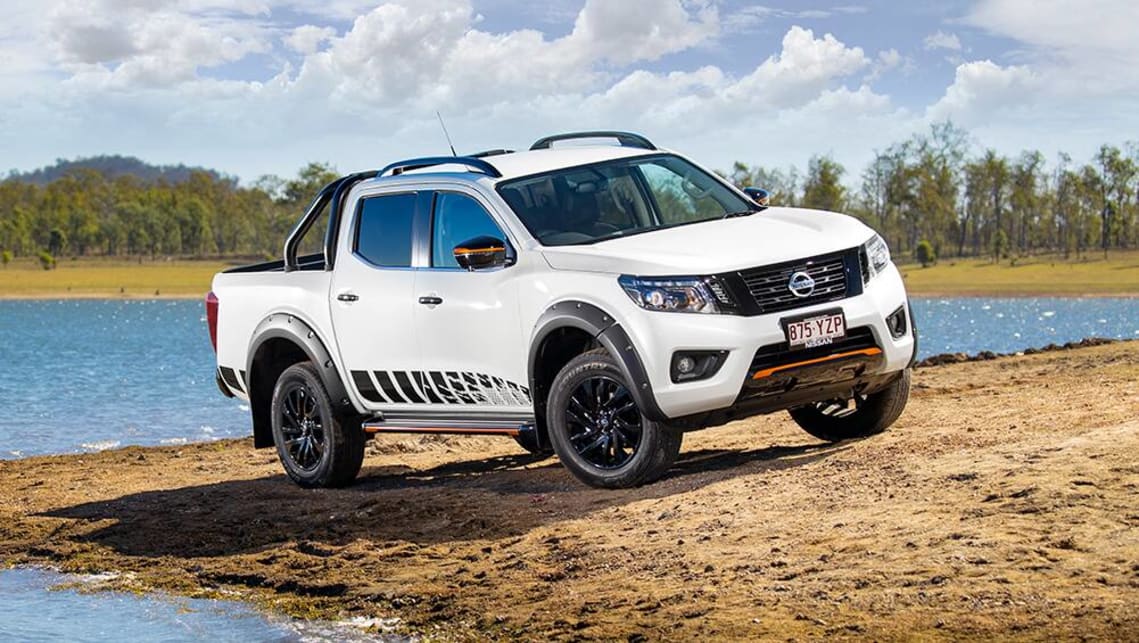 Nissan Australia looks set to deliver on another highly specified Navara, with the Japanese company trademarking N-Trek Warrior as a nameplate, which could be used for a new grade that will go toe to toe with Toyota’s HiLux Rugged X flagship.

The N-Trek Warrior trademark application – including nameplate and logo – was lodged with IP Australia on August 14, just a week after Nissan Australia launched the Navara’s long-awaited Ford Ranger Wildtrak rival, the N-Trek.

While the Navara is not directly mentioned in the trademark application, the fact that Warrior is associated with N-Trek suggests that a new version of the ute is in the works – and CarsGuide understands it could be revealed within the next two months.

The trademark application includes an image of the N-Trek Warrior logo, which depicts a snow-capped mounted range above the nameplate in stylised block letters.

While the trademark application does surprisingly make mention of electric vehicles, it is likely a cover-all clause in preparation for future Nissan models that may go down that path.

Nissan Motor Company has used the Warrior nameplate before, with it having graced the 2016 concept version of its full-size pick-up, the Titan.

The Titan Warrior has yet to enter production, though, but if it were to, it would likely take the fight to Ford’s all-conquering F-150 Raptor.

The concept wore a tough body kit, chunky tyres and a high-riding chassis that were designed for serious off-roading – just like the F-150 Raptor.

However, the Titan Warrior and F-150 Raptor differed in the sense that the former was motivated by a Cummins-sourced turbo-diesel V8, while the latter goes with an EcoBoost twin-turbo V6 petrol engine.

As mentioned, the one-size smaller Navara’s new N-Trek grade is being pitched against Ford’s Ranger Wildtrak in Australia.

Based on the ST-X dual-cab pick-up that was formerly the Navara’s flagship, the N-Trek gets black exterior trim and a higher level of standard specification, including leather-accented upholstery orange contrast stitching as well as orange seat inserts.

The front pews also get heating, with the driver’s seat going a step further with eight-way power adjustment.

The Navara N-Trek undercuts the Ford Ranger Wildtrak’s price by about $5000, depending on the latter’s engine and transmission combination.

CarsGuide understands that the Navara N-Trek Warrior will not enter the ring with the pre-eminent Ford Ranger Raptor ($75,990 plus on-road costs). Instead, it will rival the off-road-focused Toyota HiLux Rugged line-up that ranges in price from $55,865 to $64,490.