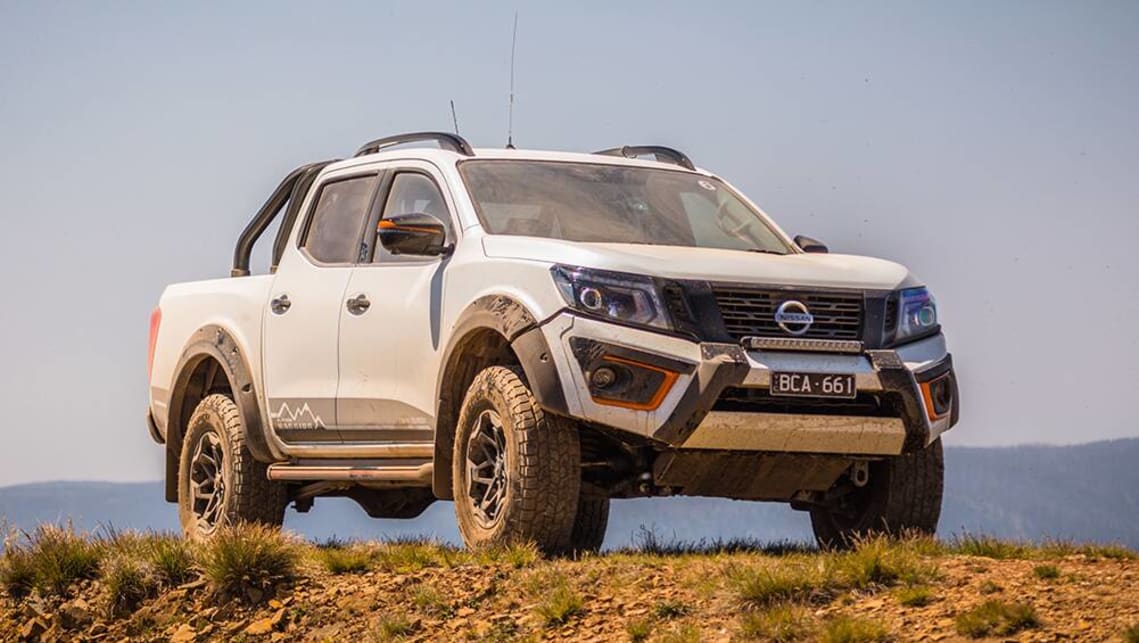 “We’re going to constantly put up our hands for any alternative engines that provide more torque and more horsepower, because that is a hallmark of what Australian consumers are looking for in their utes,” he said.

“While we don’t feel like we’ve compromised in any way with the current Navara, as much the next petrol head, I’d love to see some of the other engine offerings that we’ve got, make it into a Navara and see what happens.”

Currently the most powerful engine offered in the Navara line-up is a 140kW/450Nm 2.3-litre twin-turbo diesel four cylinder. Ford’s Ranger Raptor also has a diesel unit but it’s a 2.0-litre twin-turbo four making 157kW/500Nm, while Volkswagen’s Amarok is the most potent ute on the market and can be had with a 3.0-litre diesel V6 with 190kW/580Nm on tap.

“The company will continue to work on this and sees the performance of utes – and utes in Australia in particular – as being integral to the planning of the next generations, and so we’ll continue to poke and prod and encourage,” Mr Lester said.

So, does this mean Nissan Australia is pushing for the all-wheel-drive Nissan GT-R’s 419kW/632Nm 3.8-litre twin-turbo V6 drivetrain for the new-generation Navara due here in 2021? A Navara GT-R perhaps?

“You’d be remiss not to make that suggestion, that’s for sure, but you know there are plenty of other engine offers that could work,” Mr Lester said.

Take a look through Nissan’s line-up and it’s hard not to be tempted by the idea of the 5.6-litre V8 petrol from the Patrol with its output of 298kW and 560Nm finding a home in the Navara.

Think that sounds too far fetched? Well it was only up until recently that Ford came close to introducing its 5.0-litre V8 Coyote engine from its Mustang to the Ranger Raptor before hitting the brakes on that project.

Before such a thing could ever happen, however, Mr Lester said he needs to prove to Nissan’s global head office that the Navara is popular enough in Australia to justify the high-performance upgrade.

Currently, the Toyota HiLux is the king of the 4×4 utes sales chart with the Ranger hot on its heels. Navara trails behind the Mitsubishi Triton, Holden Colorado and Isuzu D-Max.

Mr Lester said interest in the Navara is being reignited through special editions such as the N-Trek Warrior, which brings a tougher look to the ute along with locally re-tuned off-road suspension.

“For a market to have a strong voice at the table, they have got to be very proactive and they’ve got to make sure that they’re doing the best possible job for the model and the market, and quite frankly that was one of the reasons for getting the Warrior concept off the ground.”