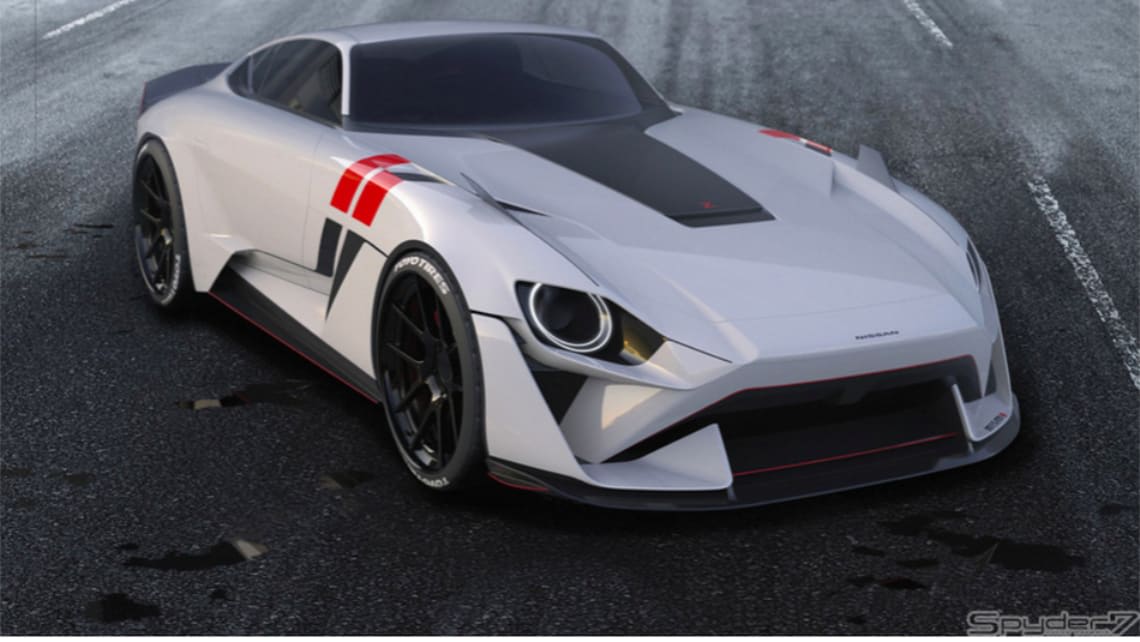 The 370Z will be forced to fill Nissan’s affordable performance car gap for at least another 18 months, with fresh reports suggesting the new 400Z won’t launch until 2023.

That’s sad news for fans of go-fast Nissans, with the new Zed car expected to be a genuine rival for vehicles like the incoming Subaru WRX STI and the Honda Civic Type R, with Nissan is reportedly set fit the 400Z with the twin-turbo V6 from the Infiniti RedSport, with outputs tipped to be as high as 298kW and 475Nm. Nissan is also reportedly readying a lower-power, and cheaper, version that should make around 224kW. Both engine options should pair with a seven-speed automatic gearbox, with a rev-matching six-speed manual also on the cards.

But someone, or some things, need to pay for all that performance production, and despite Nissan saving money by reportedly adopting the existing Infiniti Q60 coupe’s platform, it’s still an expensive project. And so between now and the 400Z’s 2023 on-sale date, the company will focus on its SUV and crossover line-up, with as many as eight new model launches.

The latest reports, published by the UK’s AutoExpress have the 400Z being revealed to the public in 2022, before going on sale the following year.

Now it must be said, the project is still shrouded in mystery, and these latest reports do conflict slightly with recent news from Japan, which have the 400Z debuting to the public in May next year. That would make it an awfully long time between debut and its arrival in dealerships.

When it does come, though, Yt appears the new vehicles is a lock for Australia, too, with Nissan here trademarking the ‘Z’ name here in preparation for its arrival. Nissan Australia boss, Stephen Lester, has already told CarsGuide there’s “no reason” we won’t get the 400Z in Australia, too.

“One of the things about Nissan, and Japanese brands in general, is that our home market is right-hand drive, so you can’t expect there not to be a right-hand-drive variant,” he says.

“There’s nothing to our knowledge that would suggest we couldn’t have it.”