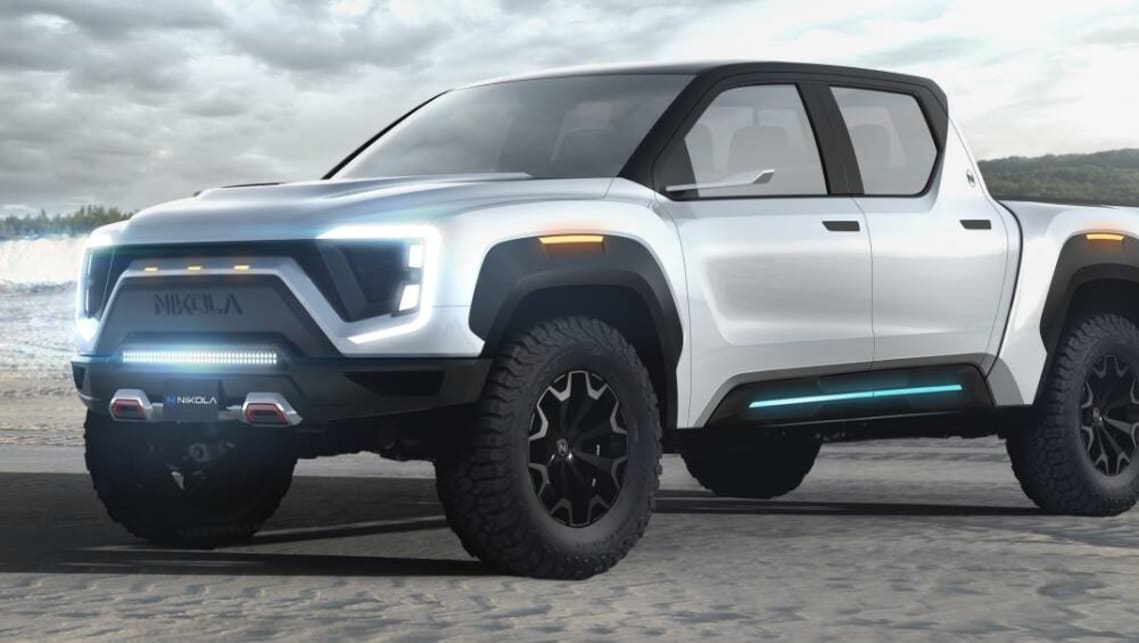 It has an unusual name and unusual technology, but this could be the ute that we’re all driving in the not-too-distant future.

American start-up, Nikola has presented the concept for its first pick-up – the Badger. Instead of being fully electric, like the Tesla Cybertruck and Rivian R1T, the Badger featured a combination of a battery pack and hydrogen fuel cell.

That’s a strange combination, as traditionally car companies have opted for one or the other, as a fuel cell is able to generate its own electricity and therefore doesn’t need a large battery as well. However, it’s worth noting that Nikola hasn’t released any details about how the powertrain works, only revealing a list of specifications. But they do make for some interesting reading.

Nikola claims the Badger will have peak outputs of 675kW of power and 1330Nm of torque, while at the same time admitting it will have ‘only’ 339kW of “continuous” power from its complex powertrain.

The reason for the combination of the fuel cell and battery appears to be range, with BEVs limited to a theoretical 800km according to Tesla’s figure for its Cybertruck. By adding the fuel cell Nikola claim the Badger will be able to drive up to 965km between stops to the hydrogen fuelling station or powerpoint.

But before you place your orders, Nikola won’t officially unveil the Badger in the real world until September and even then there’s no word yet if the American brand will build it in right-hand drive. If it does prove a success it’s possible that other brands will look at fuel cells as an option for utes, given the increased range they can offer for buyers who need it. Both Toyota and Hyundai have invested in fuel cell technology and both are set to have utes play a key role in their long-term futures.