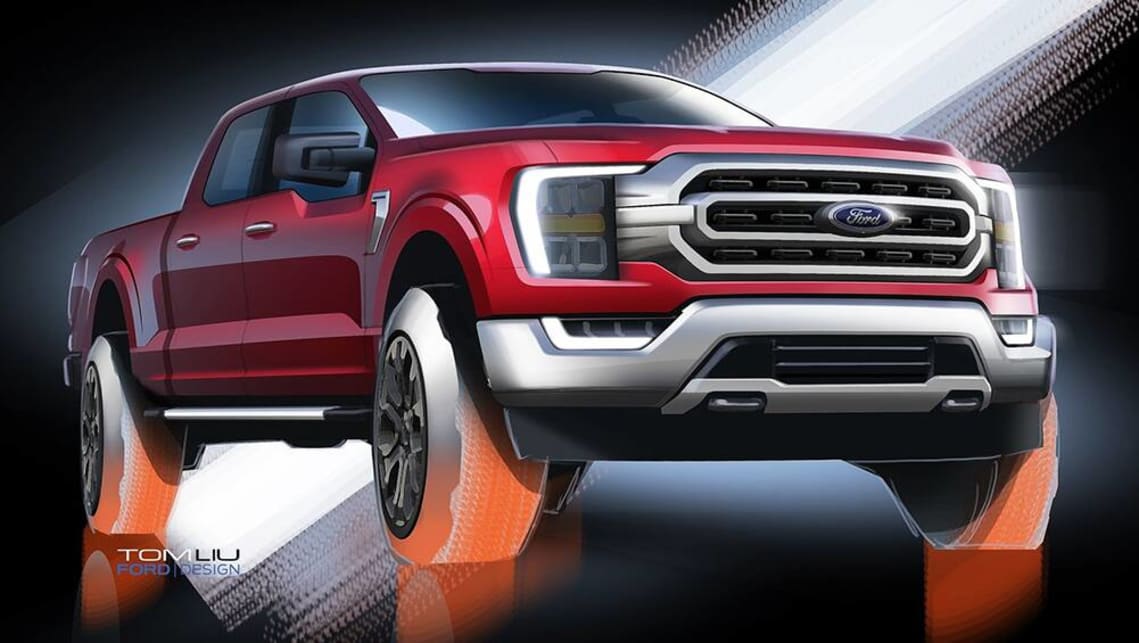 Next Ranger, F-150 to share platform: Twin mid-size and full-size ute strategy should give Ford Australia perfect rivals for both Toyota HiLux, Ram 1500

Ford is progressing with the development of an all-new modular platform that will underpin the next all-new Ranger mid-sized pick-up, as well as its larger F-Series full-sized truck sibling sometime in the second half of this decade.

Not to be confused with the ‘T6.2’ Ranger revamp slated for the second half of next year, nor the recently-revealed 14th-generation F-150 redesign for 2021, the successors to both these big-selling Ford models will look and feel different to each other, but will share much beneath the skin.

This means that possibilities of available V6 petrol-electric and rumoured plug-in hybrid powertrains for Ford Australia’s best-selling vehicle, as well as more powerful V6 diesels to help increase both payload and towing capacity in future Rangers. Toyota HiLux, watch out! The Blue Oval isn’t giving up without a fight.

Furthermore, since both trucks are being engineered alongside each other using much of the all-new scalable body-on-frame architecture, it opens up the possibility of Ford Australia buying into the F-150 program early enough for a factory-built right-hand-drive version to be developed for markets like Australia.

However, this is by no means a done deal, as the projected sales volumes of a full-sized pick-up must be weighed against the hundreds of millions of dollars it costs to develop a vehicle with the steering wheel on the right side. Even with New Zealand, Japan, South Africa and the UK also on board with Australia for RHD F-150, there may not be enough customers to justify the massive investment.

But getting in on the ground floor is our best chance yet of seeing the F-150 Down Under (and the clock is ticking, Ford Australia), as this would reduce work-duplication and greater parts-interchangeability early on. These, combined with the greater economies of scale involved with dovetailing the creation of two high-volume models, might also help keep F-150 pricing significantly lower than the $80,000-plus (in today’s money) that converted rivals like the Ram 1500/2500 and Chevrolet Silverado trucks currently command.

Ford Australia has made no bones about wanting the F-Series on local dealer forecourts, so here’s its biggest chance yet. Plus, the unqualified worldwide success of the current Ford Mustang since its 2015 launch should prompt Ford to roll the dice again on globalising what is essentially a North American-market proposition. An inherently conservative company, Ford had resisted calls for Mustang to go international for 50 years before it took the plunge.

Another upshot of dovetailing the 2028 Ranger with the next F-150 truck is packaging, with both models expected to grow in size, benefiting both passengers and carrying capacity.

However, the bad news is that Ford Australia has lost the Ranger ‘home room’ lead development role it undertook for the T6 since its inception around 2007 to Ford’s global headquarters in Michigan, USA, jeopardising design and engineering jobs both within the Australian organisation as well as with various second and third tier suppliers.

“Elements of the Ranger platform will integrate with Ford’s single, global body on frame flexible architecture, which will be led out of the United States,” was Ford’s spin on the home-room shift to America in a statement released last year.

While the loss of the 2028 Ranger is a blow, Ford did add that the Australian outpost still has an important role assisting in other projects from around the world.

“Ford’s Australian engineers will also support design and engineering work for global markets as well as take on other global projects,” the brand said.

The merging of the 2028 Ranger and F-150 is part of a broader vehicle rationalisation strategy within Ford that will see the number of platforms cut from nine to five – front-drive C1 small vehicles like Focus and Escape, rear-drive larger sedans/SUVs (2020 Explorer), pure EV (with Volkswagen’s assistance), commercial vehicles (Transit van) and modular body-on-frame truck (Ranger, F-Series). Less than 15 years ago, that number exceeded 30 globally.

Underlining its importance, the existing Ranger is the most globally far-reaching model in the Ford world, sold in up to 190 markets.

Thus, as well as ending the chapter on what has become the most successful Australian vehicle in history from an international perspective (as well as the first and only pick-up ever to be truly our own), the winding down of the T6 program at Ford’s Victorian facilities also closes the book on more than a century of ground-up vehicle engineering in this country.

That makes the launch of the 2022 Ranger all the more historic.